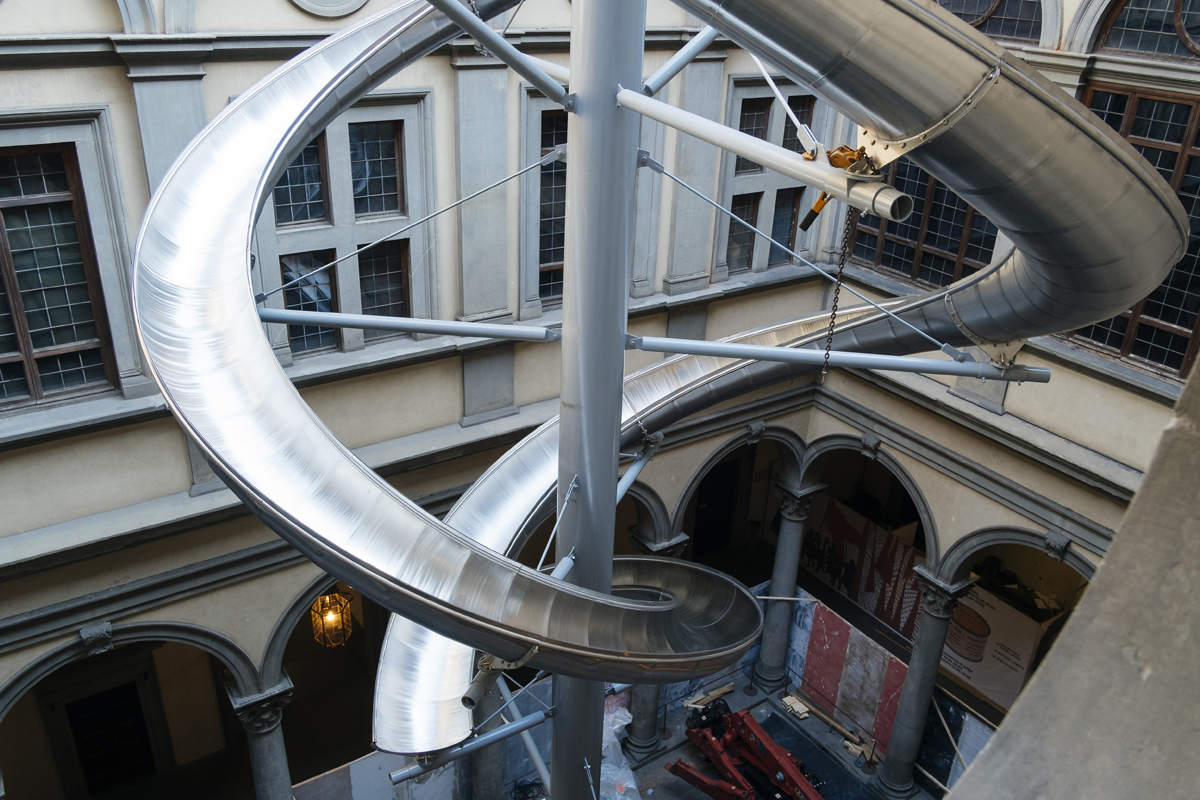 The Florence Experiment: the new Carsten Höller’ slide at Palazzo Strozzi between art and science

More than an exhibition is a real experiment: The Florence Experiment is the new installation by the German artist Carsten Höller at Palazzo Strozzi, Florence.

Art and science meet on a monumental slide that has transformed the courtyard of the Florentine palace for a great experiment that combines art and science studying the interaction between plants and human beings. 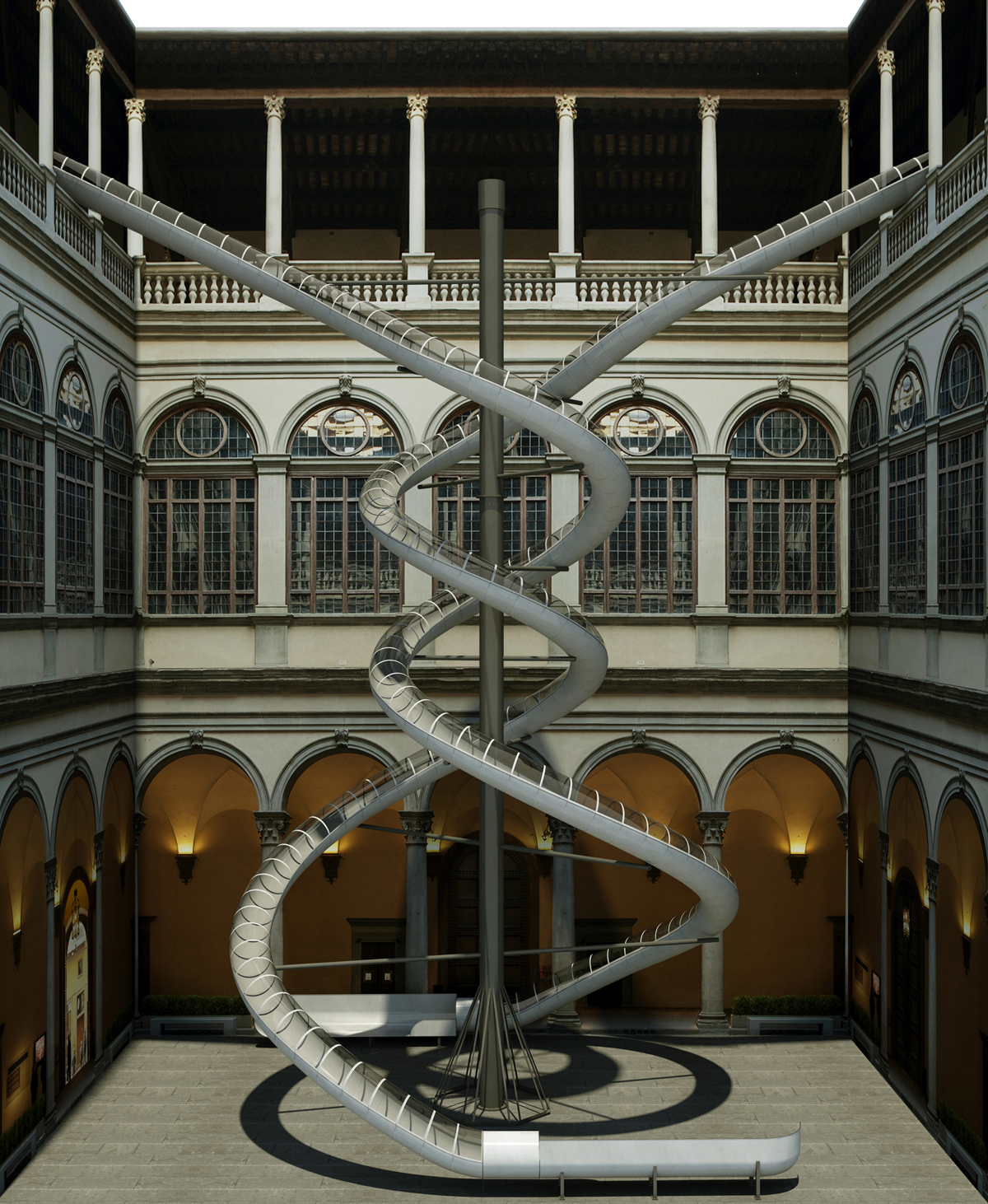 The installation is made by the German artist in collaboration with the plant neurobiologist Stefano Mancuso of whom you do not know, but I am a huge fan!
Mancuso is the founder of the study of plant neurobiology that studies the intelligence of plants.
Visitors can descend from the loggia on the second floor of Palazzo Strozzi through the 20-meter high slide.

This is not the first time that Carsten Höller investigates the relationship between art and science with his installations, in fact, not everyone knows, but before being an artist, Höller was an entomology researcher with a Ph.D. in Phytopathology. 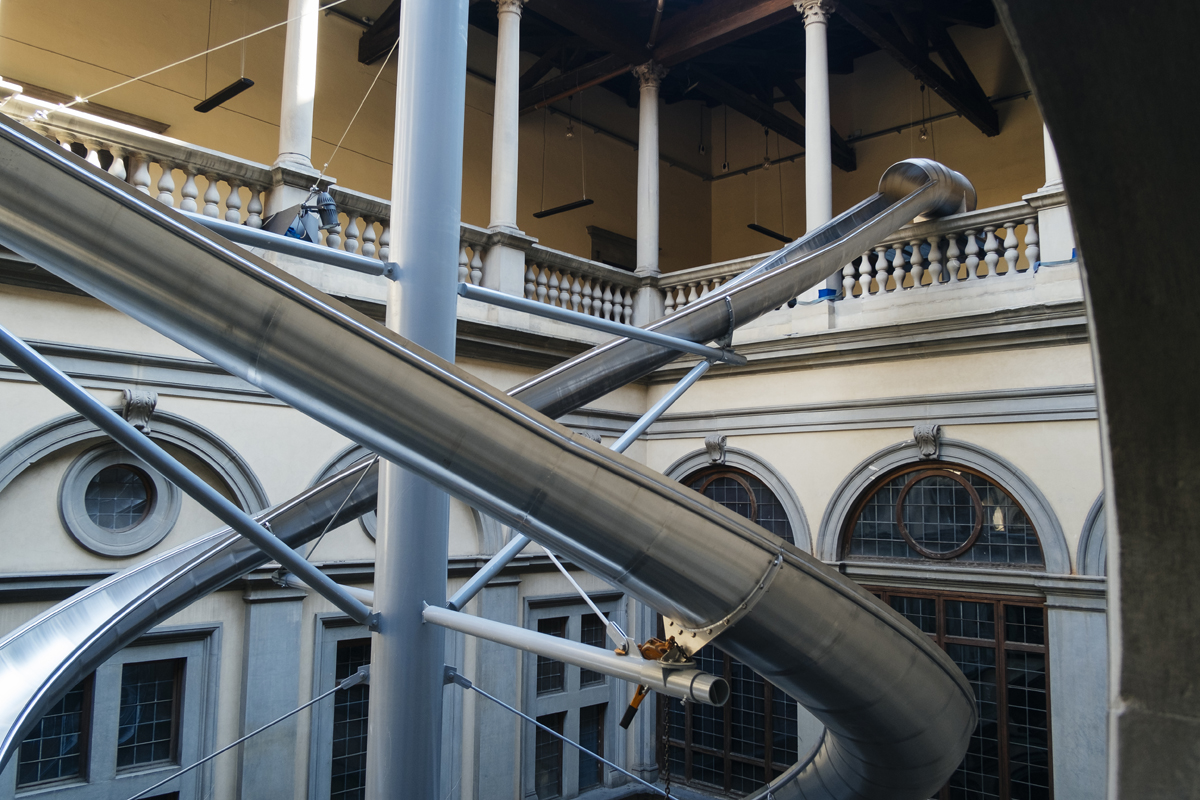 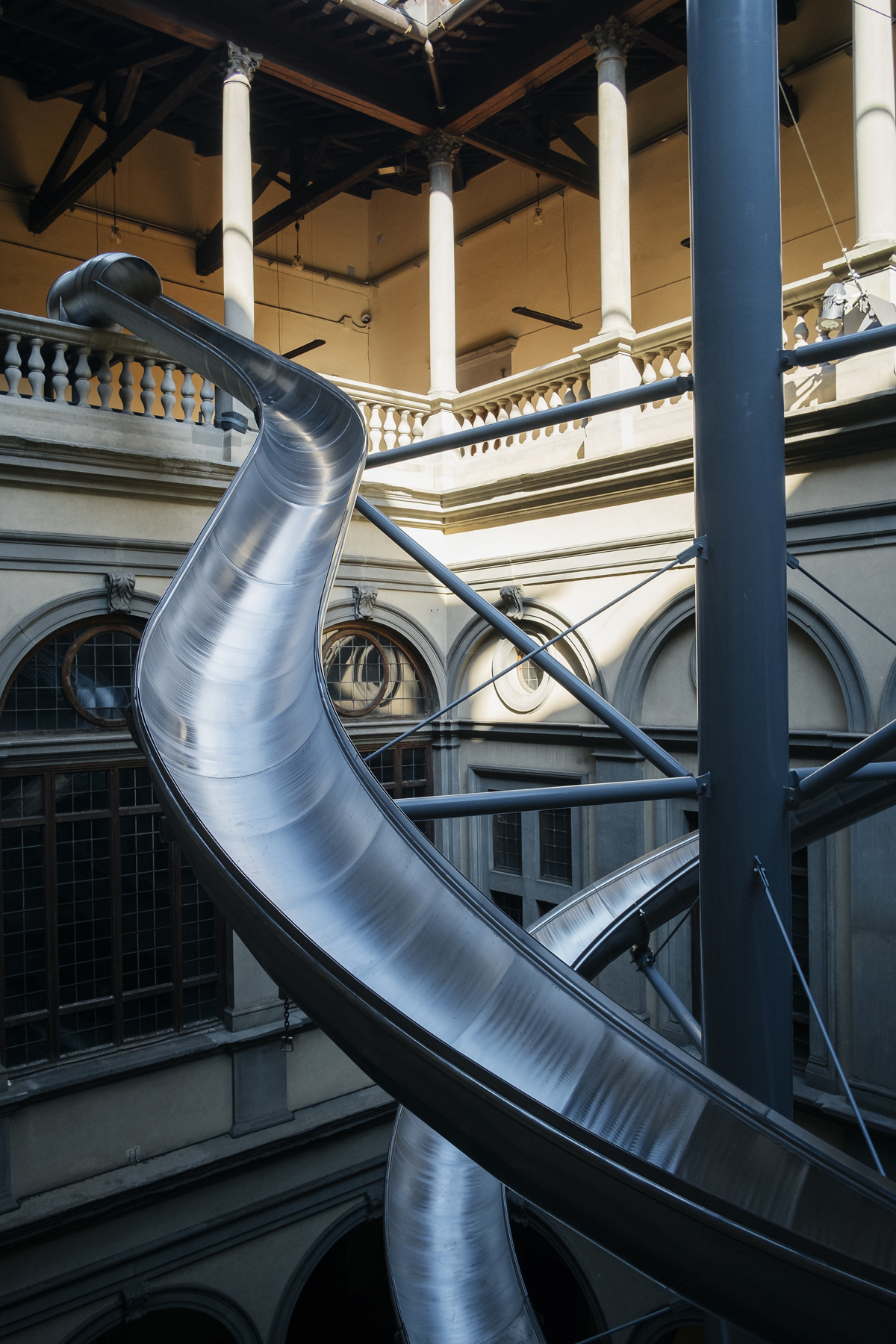 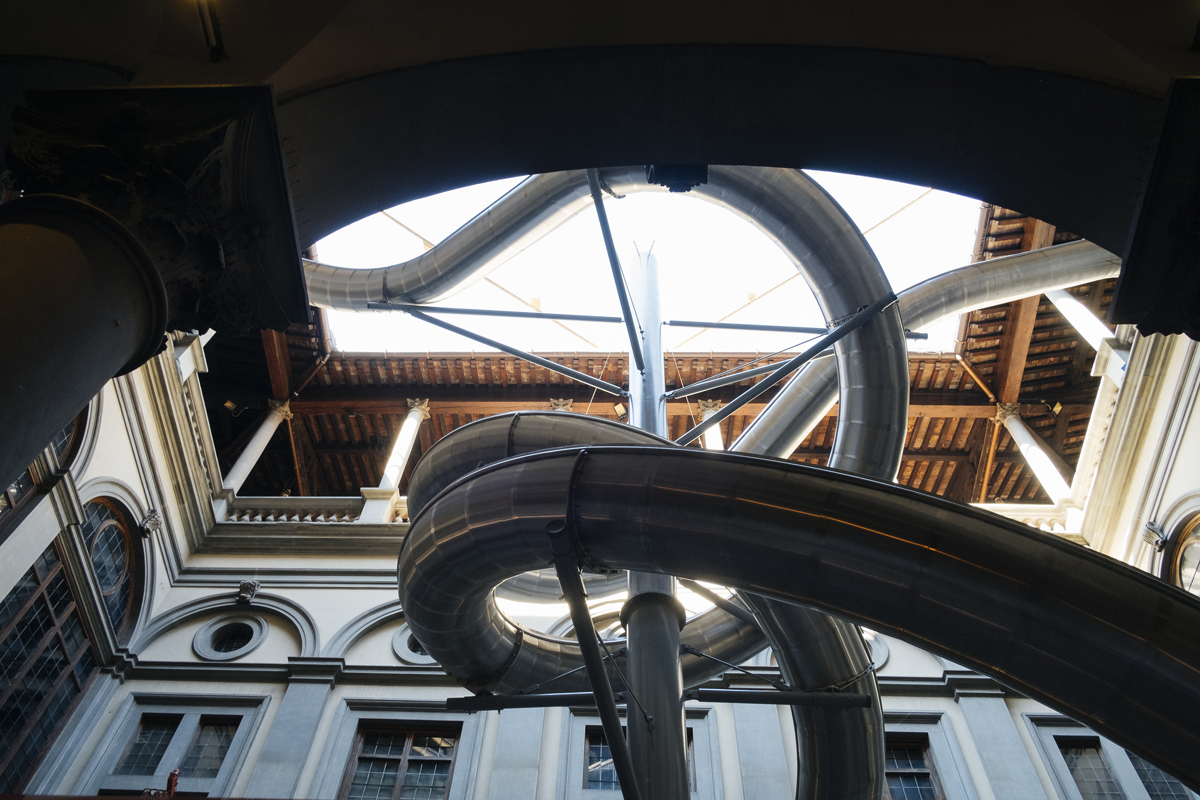 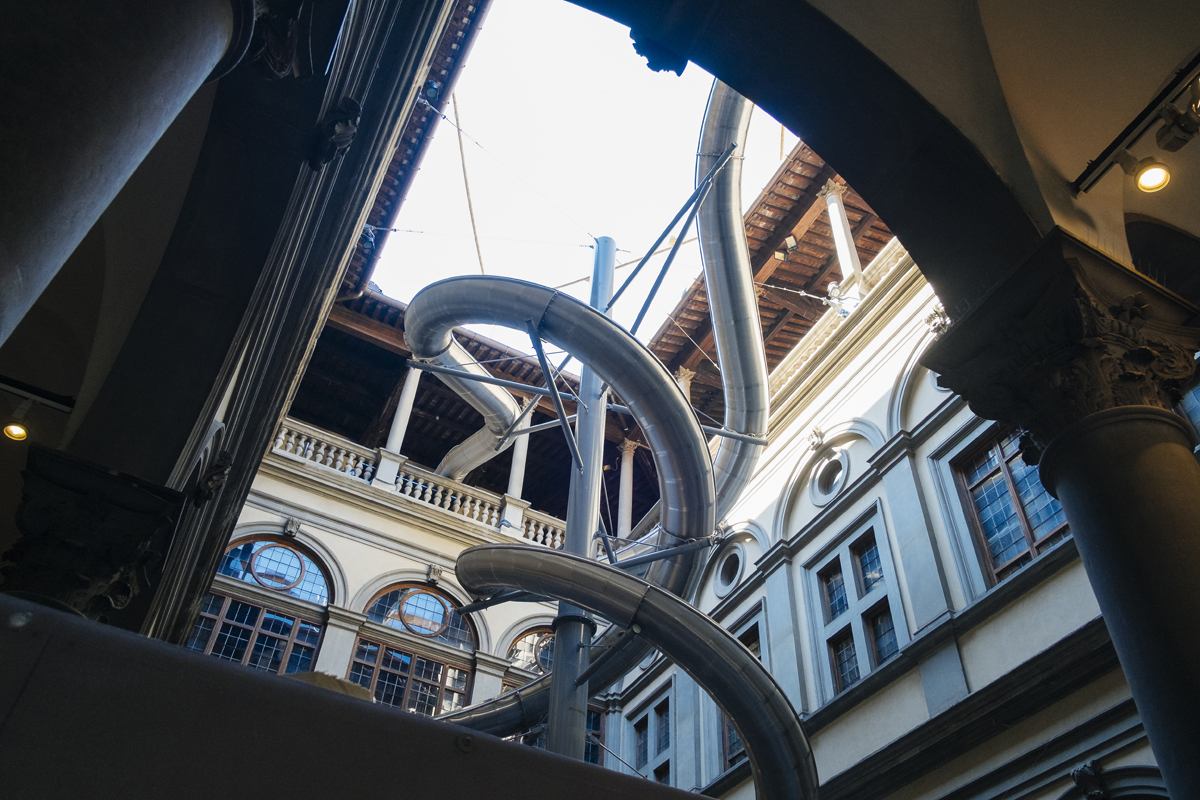 You will not go down the slide alone! 500 visitors a week will have a bean plant as their adventure companion, which will be studied by a team of scientists to analyze how the descent influences it in relation to the reactions of the human body.

It will amaze you discover the “intelligence” of a simple bean plant. Watch this video of an experiment by Professor Mancuso:

There will be also another experiment at Palazzo Strozzi: scenes of horror and comic movies will be showed. Visitors’ fear or enjoyment will produce different aerial chemical compounds that will be transported on the Palazzo Strozzi façade, influencing the growth of climbing wisteria plants arranged on large Y-shaped tubular structures and creating a sort of plant chart illustrating the interaction between human emotions and plant behavior. 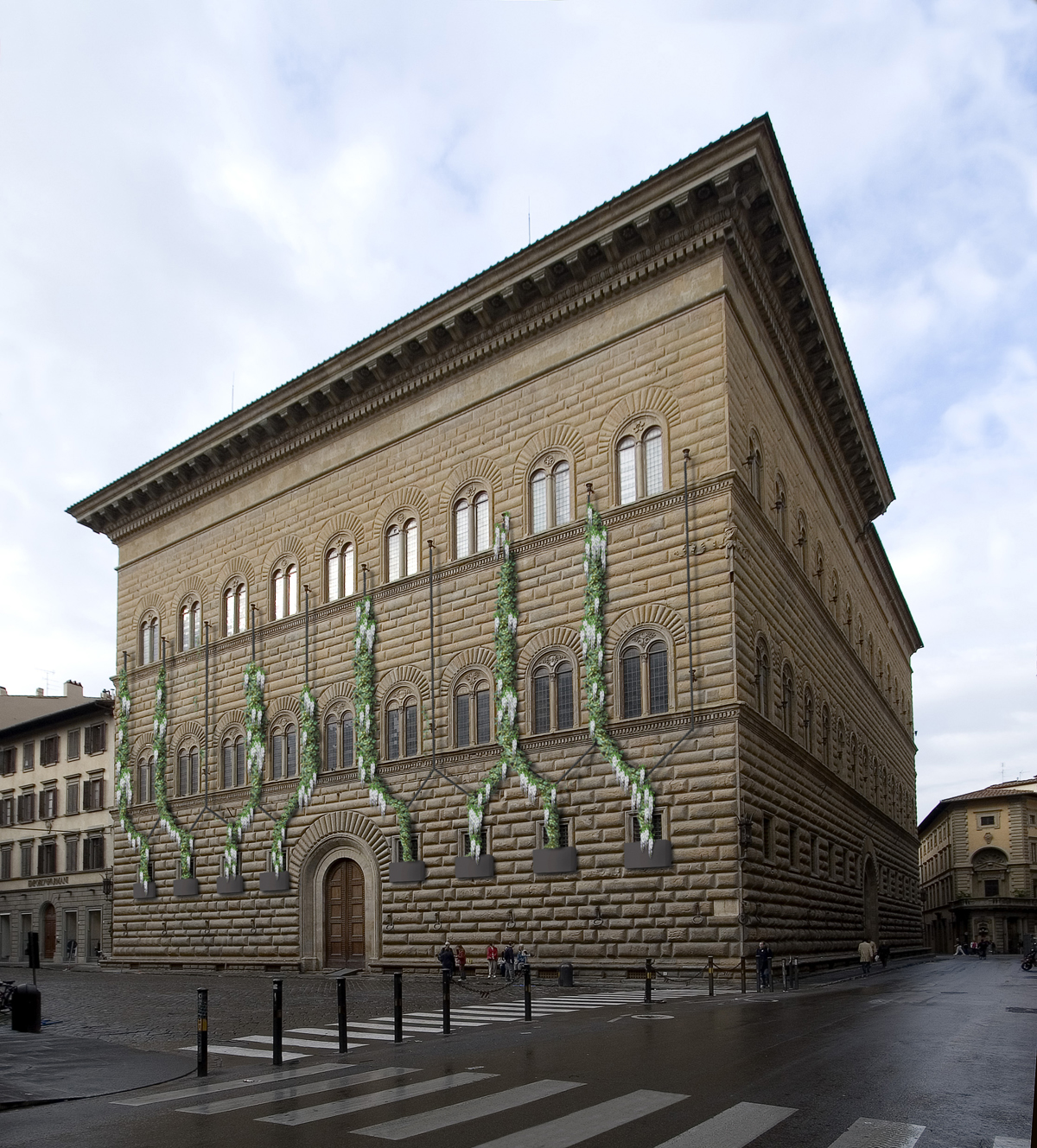 This is a modern and unprecedented consideration on ecology and on the relationship between man and nature. A new approach to the theme that will make you think and look at the plants with new eyes!

Have I intrigued you at least a little?

If you want know more about the intelligence of plants I suggest you to read the book by Stefano Mancuso “Plant Revolution”, really beautiful, simple and enlightening!

Here you can see also his speech at a TED, he is really great talking about his research and to make people passionate about: