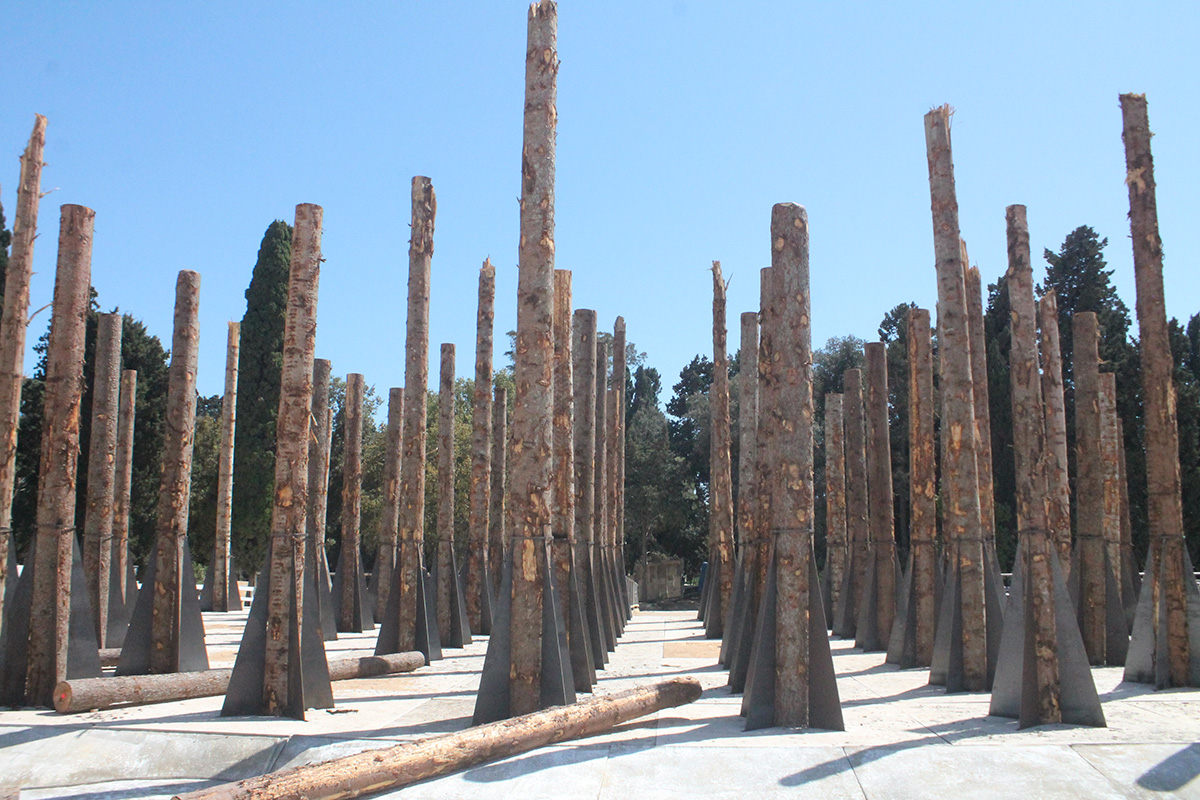 From Friuli to Sicily: 400 trees felled by Storm Vaia on the stage of the Greek theater in Syracuse

Bosco Morto is the scenic project that architect Stefano Boeri created last year for the Greek tragedy Le Troiane by Euripides at the Greek Theater of Syracuse. Today it has become a short film awarded at the Venice Film Festival.

The set-up was made with 400 trunks of fir trees violently felled by the terrible Vaia Storm of October 2018.

“A Dead Wood. A forest of trees killed by a storm, broken trunks covering the ground. When I was asked by Antonio Calbi to imagine the scenography for Euripides’ Trojans at the Syracuse Theater directed by Muriel Mayette – Holz, I immediately thought of staging a landscape rather than a theatrical scenography. And so, walking on the stone stage of the theater and looking at the forest of cypresses and Mediterranean pines that form the background of the stage, I immediately thought of the spectacular and terrible image of the thousands of trees felled by the fury of the wind on the mountains of Carnia.” Stefano Boeri

The film “Troiane” tells the journey of these 400 trees from Friuli to the Greek theater of Syracuse. A story of 1500 km from the point of view of the trees. The short film, directed by Stefano Santamato and produced by Paolo Soravia – The Blink Fish for Stefano Boeri Architetti, won the 2020 Venice Architecture Short Film Festival which, during the Venice Film Festival, awards the best cinematographic works dedicated to architecture.

In just one night, in October 2018, rain and wind felled 14 million trees, creating an apocalyptic scenario as a reminder of our responsibility for safeguarding natural balance and taking care of the forest heritage. 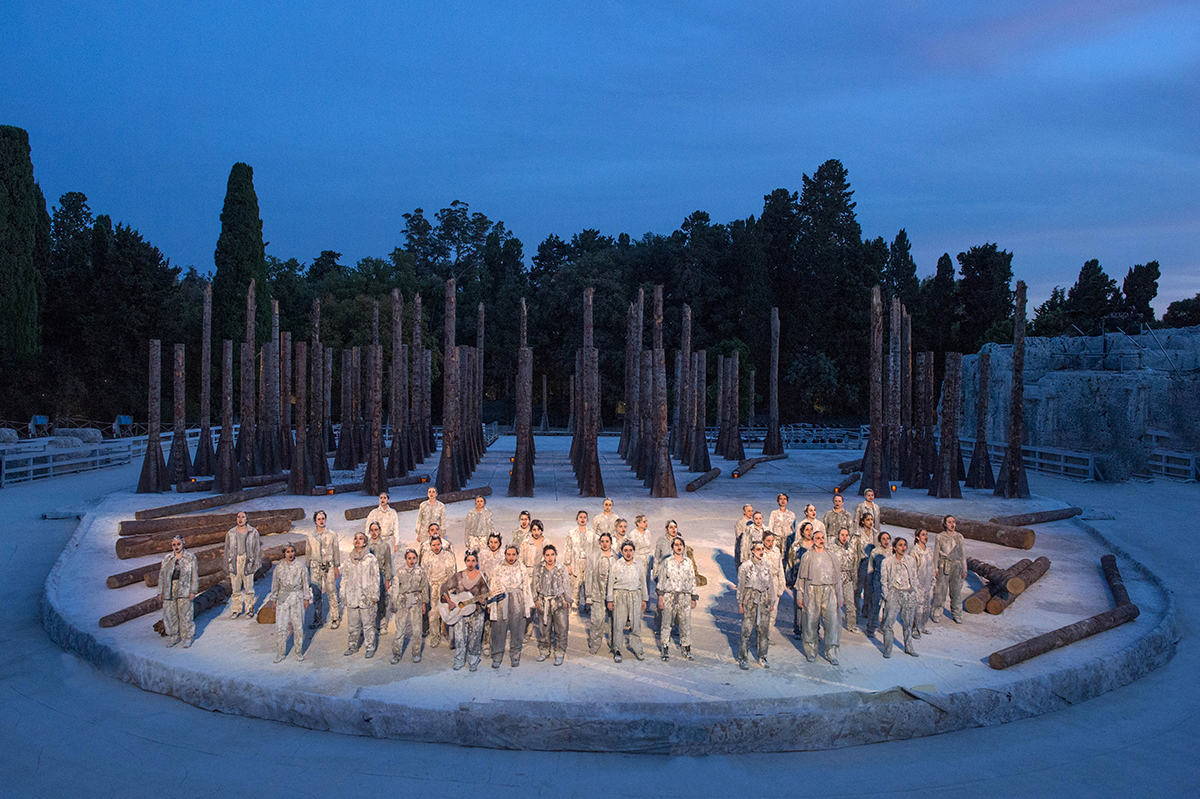 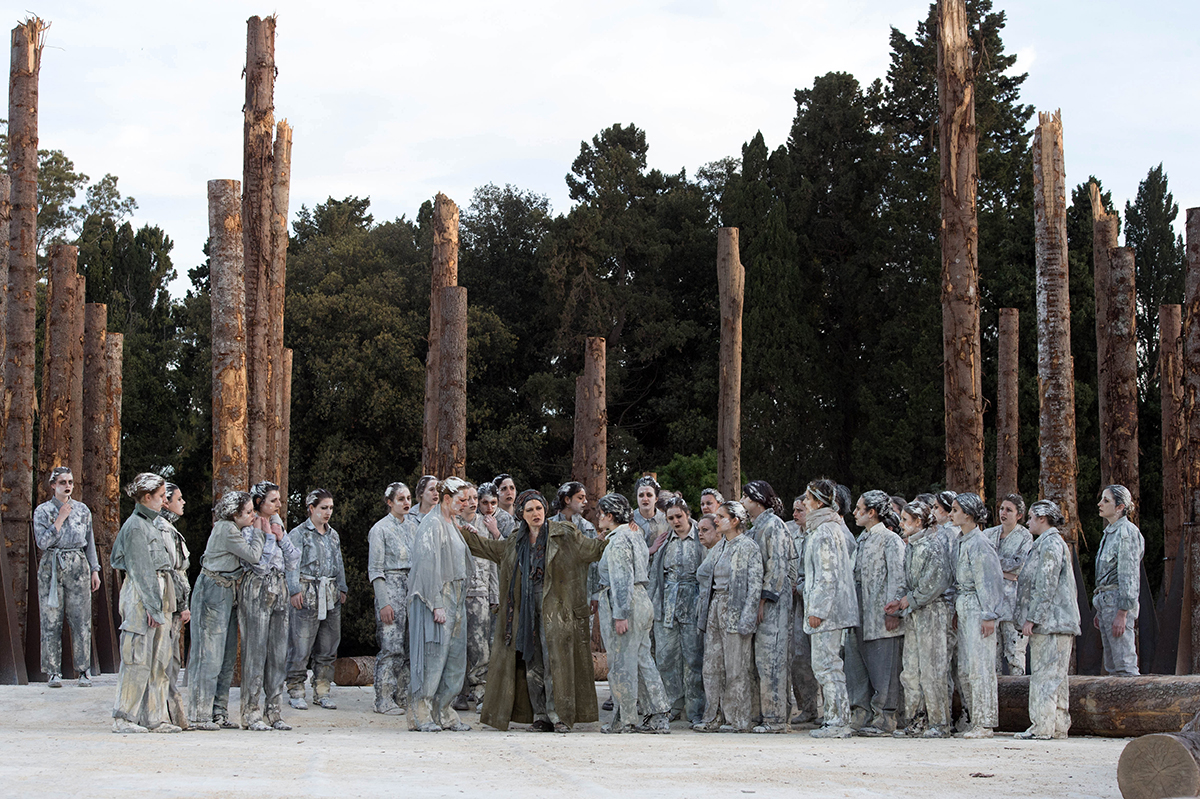 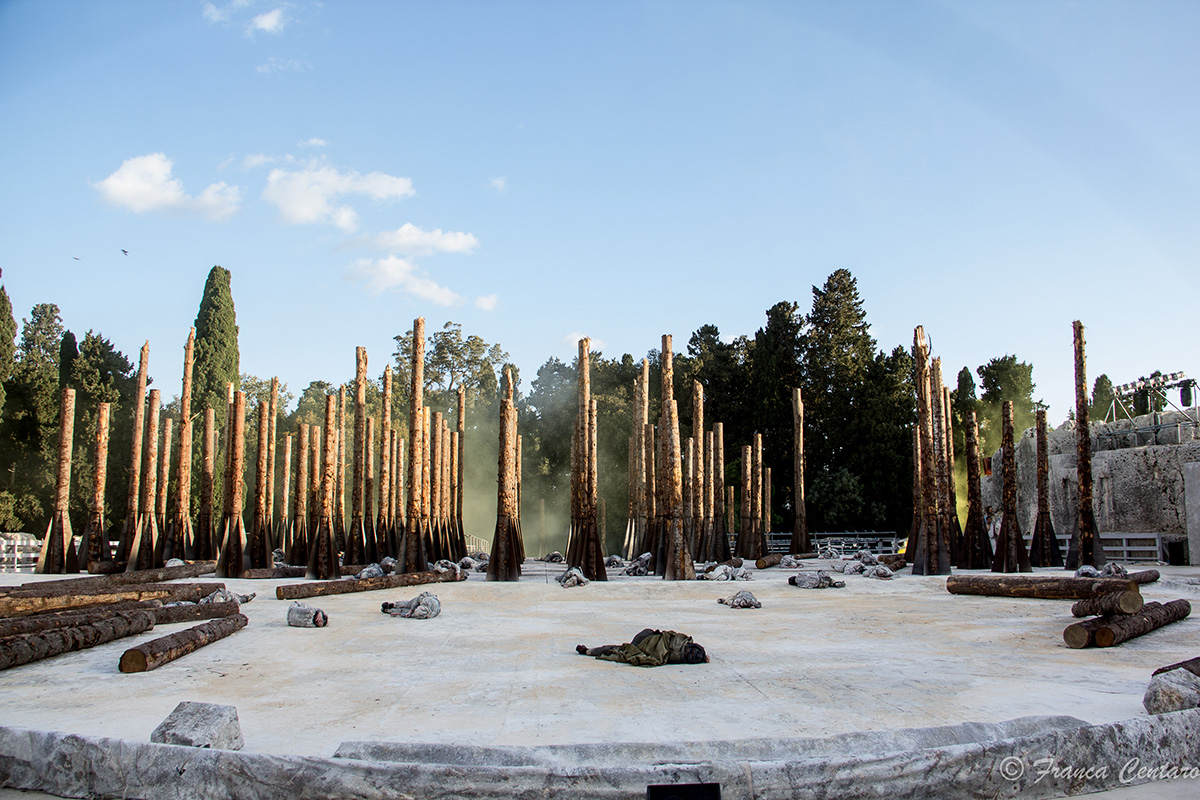 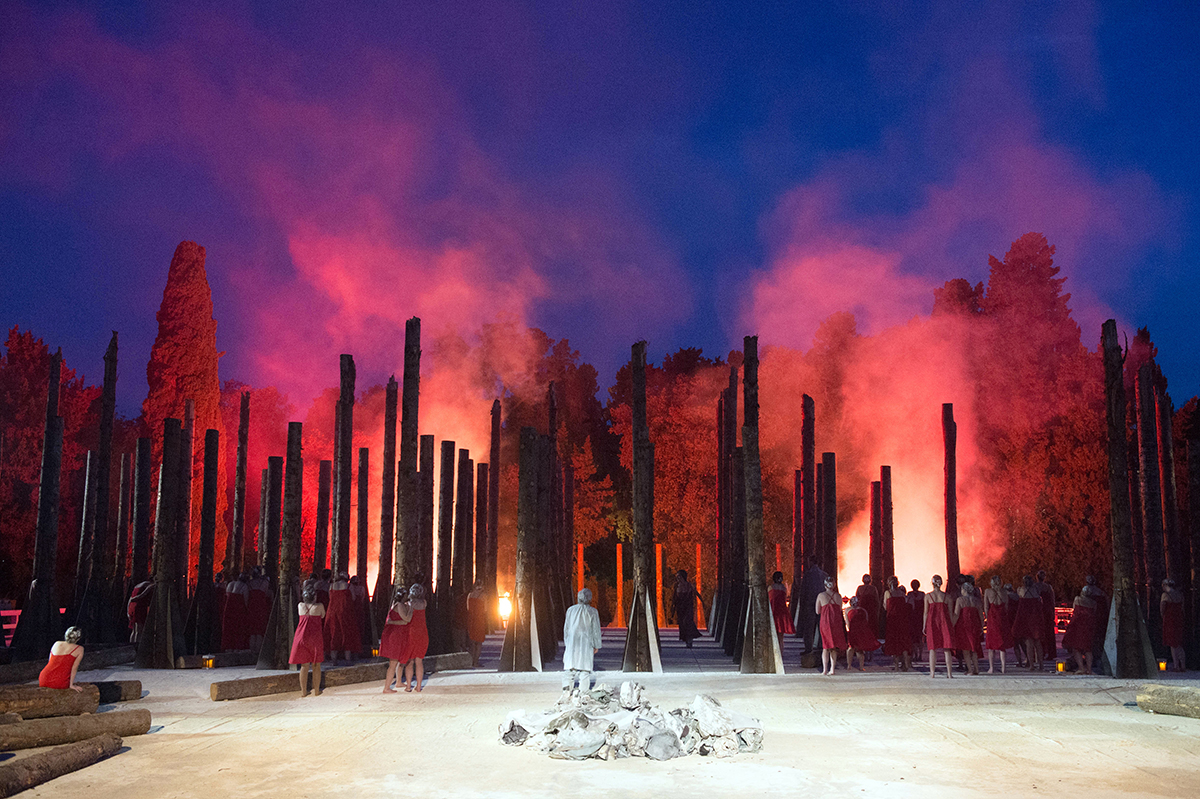 Euripides’ “The Trojan women” is a Greek tragedy first performed in 415 BC. It tells the events that happened after the end of the Trojan War, the city fell, the Trojan men killed and the women must be assigned as slaves to the victors, they lost everything but not their dignity. Cassandra, Andromaca, Ecuba, Elena … tragic stories that represent a ultra-modern anti-military message. Over 2400 years of history and human madness. The 400 dead trees of Friuli on the stage, back in their upright position, seem to put us in front of our responsibilities. Once again design and art proved that can be powerful tools for knowledge and awareness and shake our awareness.

What happened to the 400 trees after being on the stage of the Greek theater in Syracuse?

They were destined for a new life in the Sicilian carpentry.