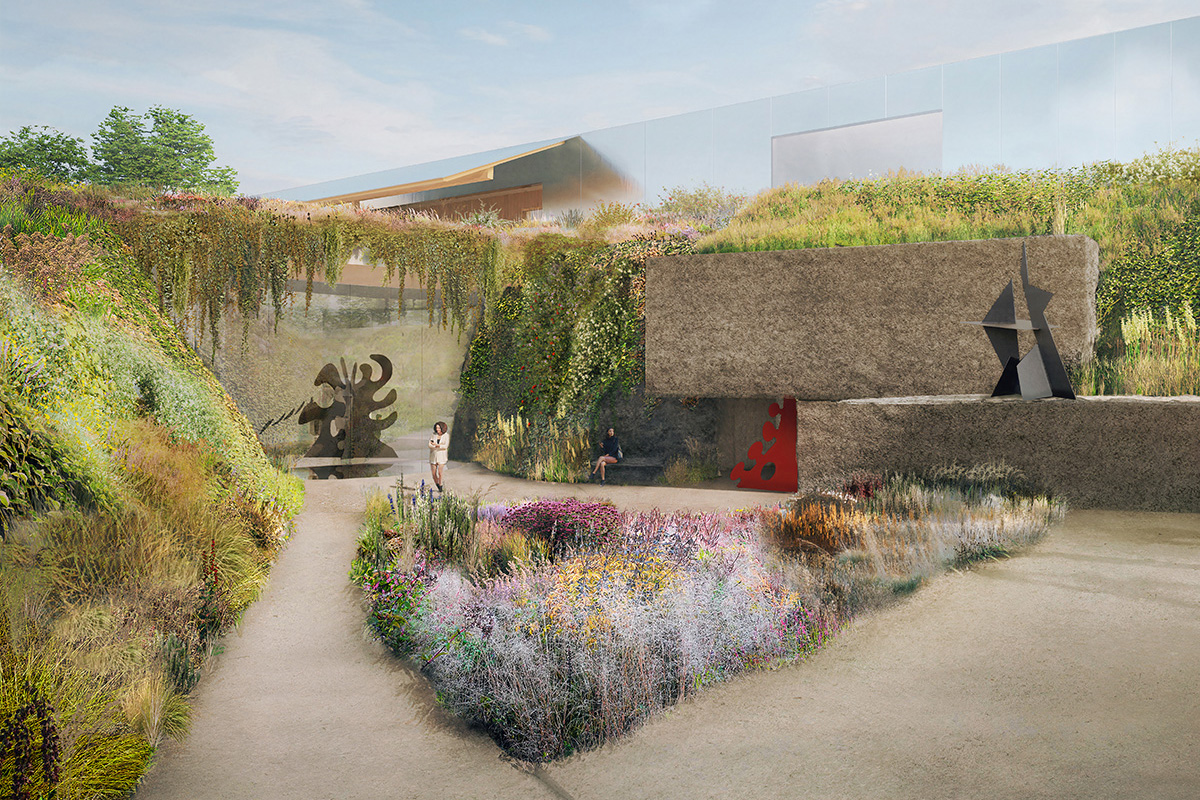 Philadelphia is the hometown of Alexander Calder (1898-1976) one of the greatest American artists of the Twentieth century.
His kinetic art sculptures are called ‘mobile’.
Philadelphia pays homage to him with a major urban project creating Calder Gardens, 6,439 square meters with a new museum and a garden within the Benjamin Frank Parkway in downtown Philadelphia.

The museum building has been commissioned by the Swiss architects Herzog & de Meuron, 1,643 square meters on two levels, most of which developed underground.
Unexpected spaces and paths between nature and museum areas present Calder’s works in a totally new way.

The garden will be designed by the famous Dutch landscape designer Piet Oudolf.
A garden with a spontaneous appearance as in his style will develop and incorporate the architecture of Herzog & de Meuron, creating a unicum between art, architecture, and nature.

Calder’s works will be hosted not only inside the museum but also outside in the garden, their giant presence with sinuous lines will integrate with the natural shapes and colors of the garden during the course of the year.

“I see my gardens as living sculptures where change is constant,” Oudolf said. “The site is like a canvas to work on, and each plant has a personality that must work with the others. The composition of the garden is variable and will evolve through the seasons. For Calder Gardens, the horticultural design must also serve the works of art. My hope is that people will take the time to stand still and think here, to fully experience these elements together and have an emotional reaction that stays with them long after their visit. It’s not about what you see, but what you sense.” Piet Oudolf

At the moment the project is still on paper but they plan to start construction in 2023 and finish within a year, opening the Calder Gardens to the public in 2024.

24 Stops: a beautiful walk through vineyards, art and design