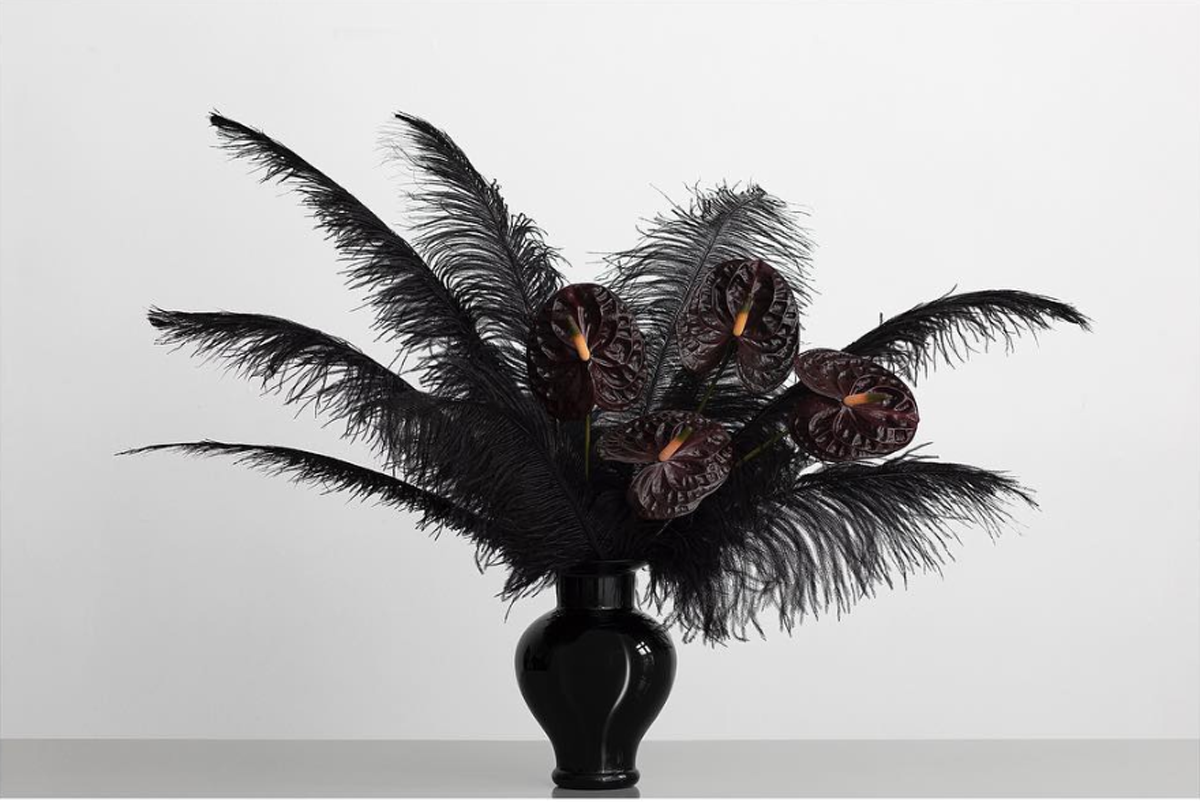 MetaFlora: the flower designer and the win back of the ’80s plants

They are no longer called “florists”, now they are flower designers and they no longer just make beautiful bouquets of flowers, they are true creatives, designers, artists and sculptors who use plants to express shapes and colors.

Marisa Competello has been included in the ranking of flower designers of the moment by the New York Times. After a career as a fashion stylist, in 2015 she founded MetaFlora studio in Manhattan, New York. Follow her on Instagram to see her surprising compositions where the essentiality of Japanese Ikebana meets the pop spirit of the 80s. 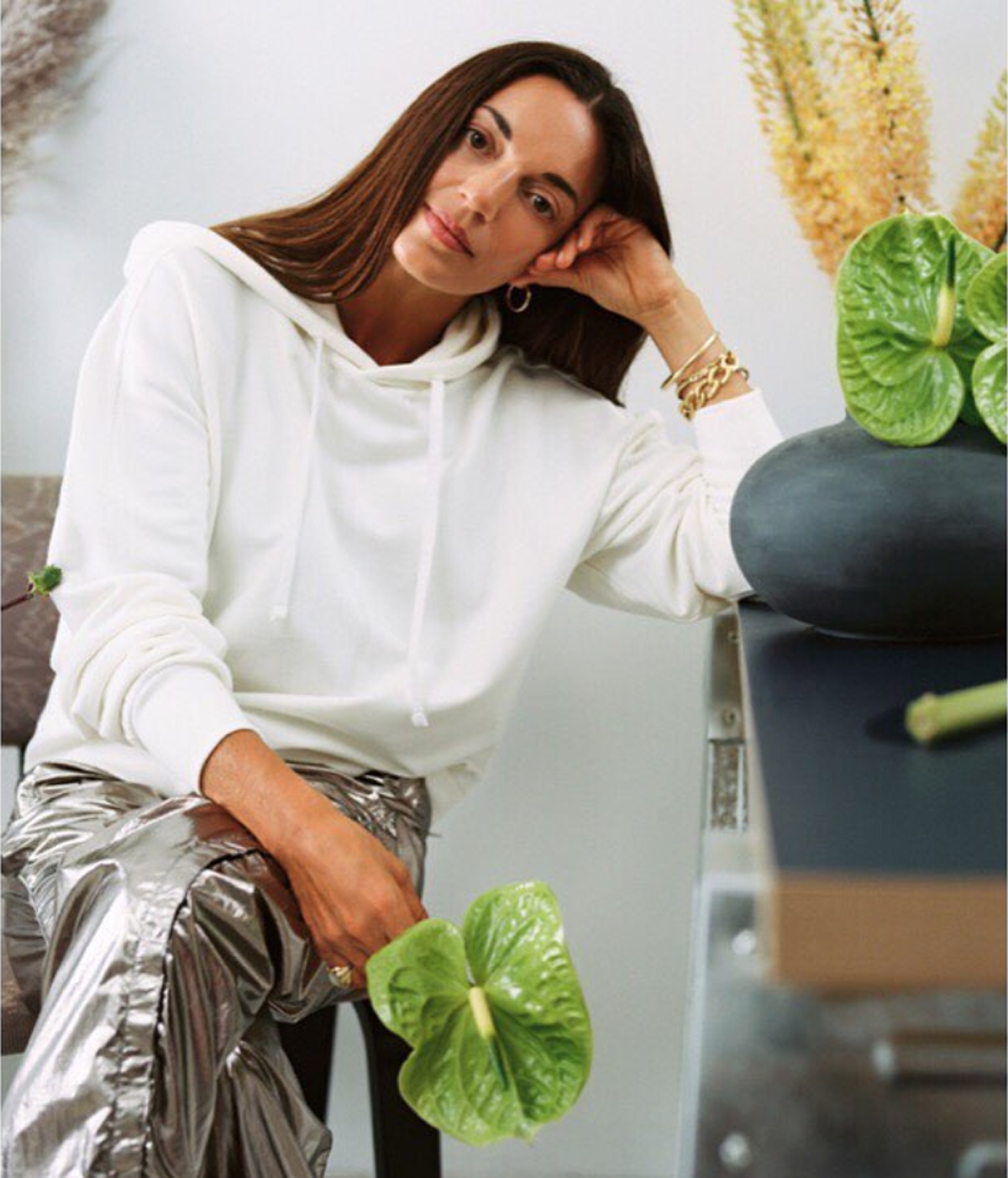 Her floral arrangements are true sculptures with unexpected shapes and colors. In fact, Marisa intervenes on leaves and flowers by cutting and painting but at the same time letting the natural forms surprise, a kind of a free/controlled explosion.

With the creations of the MetaFlora studio there is the win back of the 80s flowers which for years have been a little neglected for their exuberance, while smaller and more delicate flowers were preferred. Marisa Competello instead brings them back and transforms them into real icons: her flowers are dramatic, large, exhibitionist. Great protagonists are the anthuriums, banana tree and ginger inflorescences and sterlitzia flowers become design elements. She uses light clouds of cotinus flowers and the feathered Pampas grass. Allium flowers create rebellious lines and orchids beautiful flowery cascade. 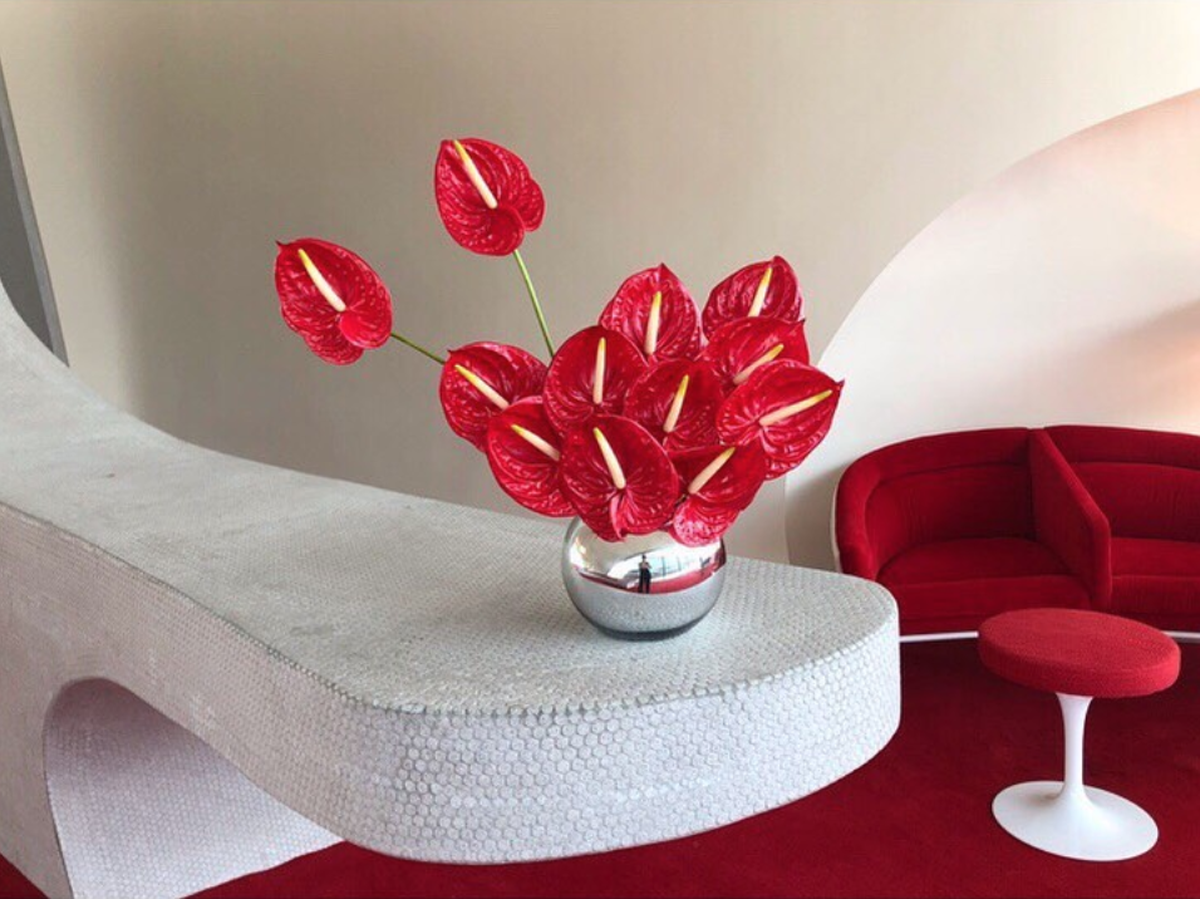 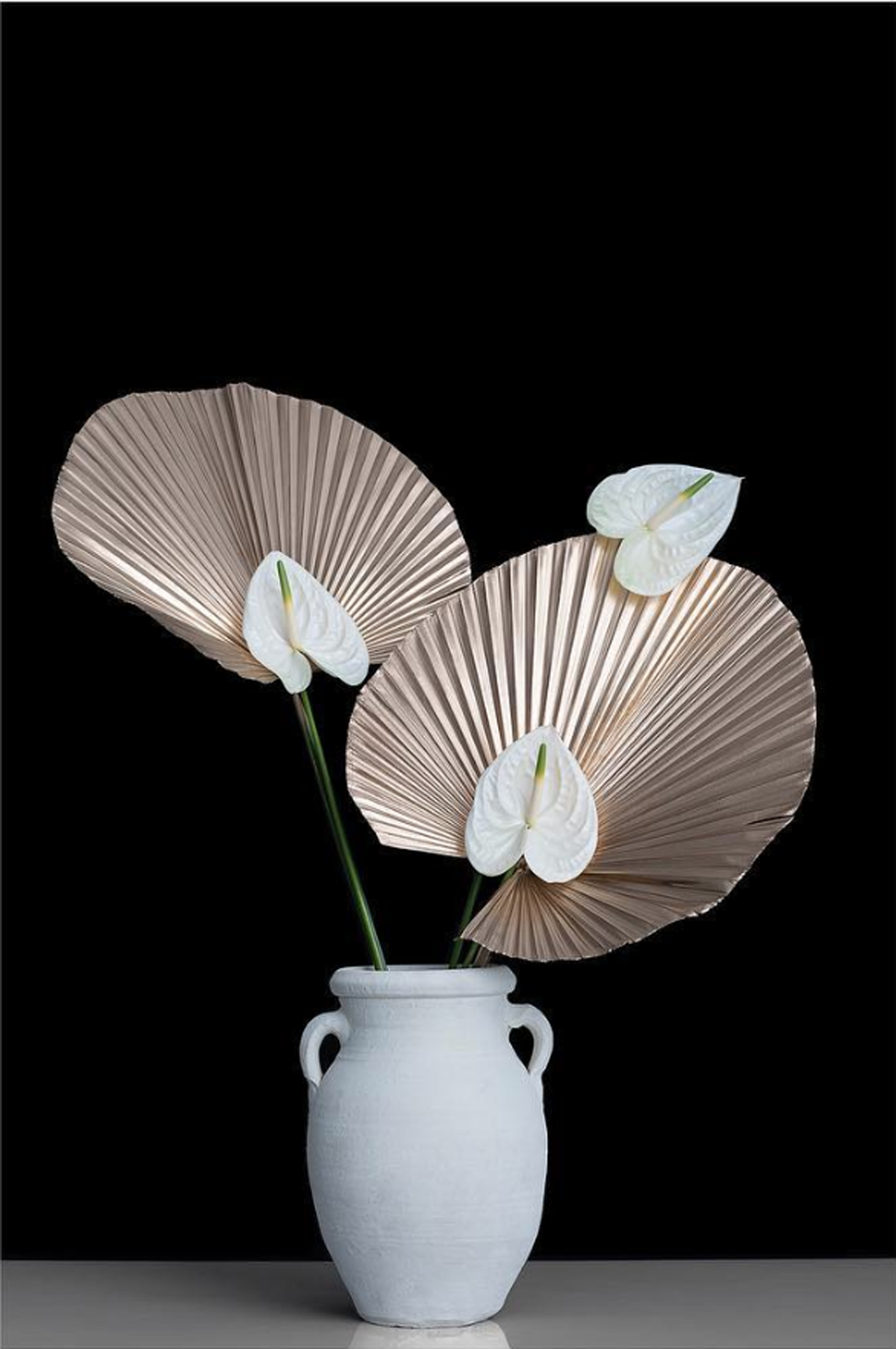 Leaves are the real divas in the MetaFlora compositions! In fact, they are no longer the side dish such as in traditional bouquet where the green part is the last one, here they are the protagonists with large and sculptural leaves such as palm, banana tree, monstera, papyrus and taro. Of course they are all famous Pinterest and Instagram plants! 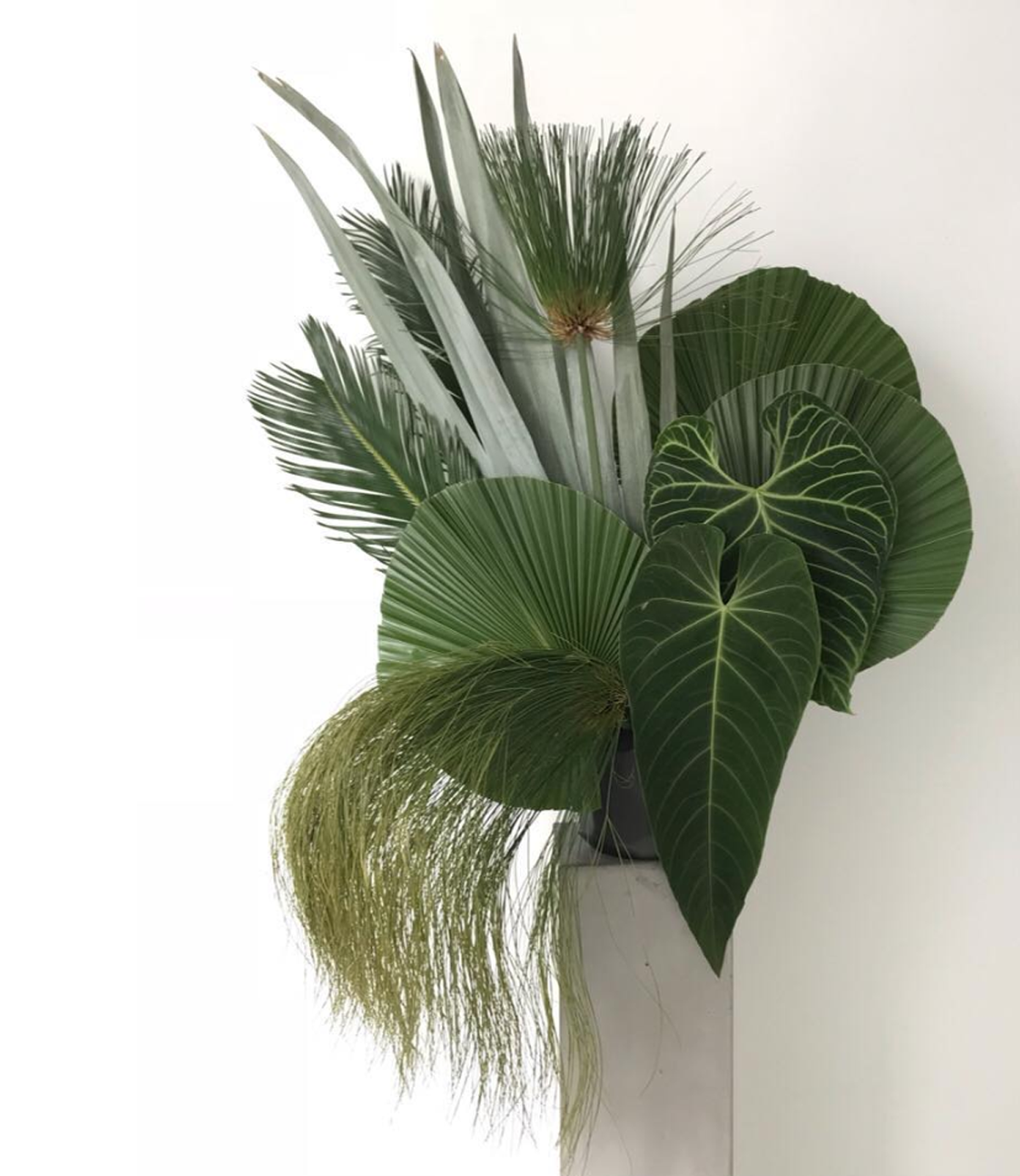 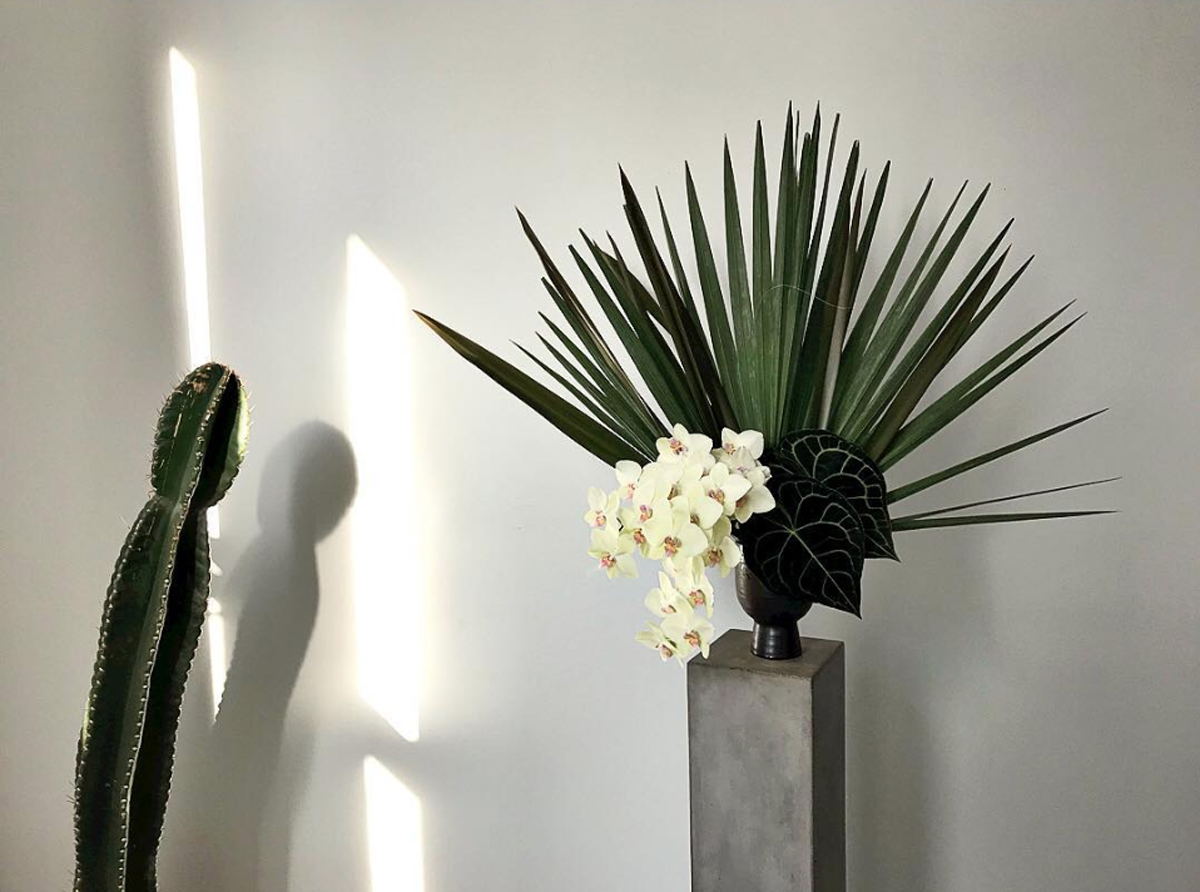 Marisa works on leaves cutting and painting them, transforming them into unexpected geometric volumes and expands the natural colors from metallic to black shades. Light feathers also appear among flowers and leaves, perhaps the fashion-inspired link that characterizes the creative process of the studio.

Could we call her compositions “Ikebana 80s enthusiastics”?!

Bonsai and their companion plants