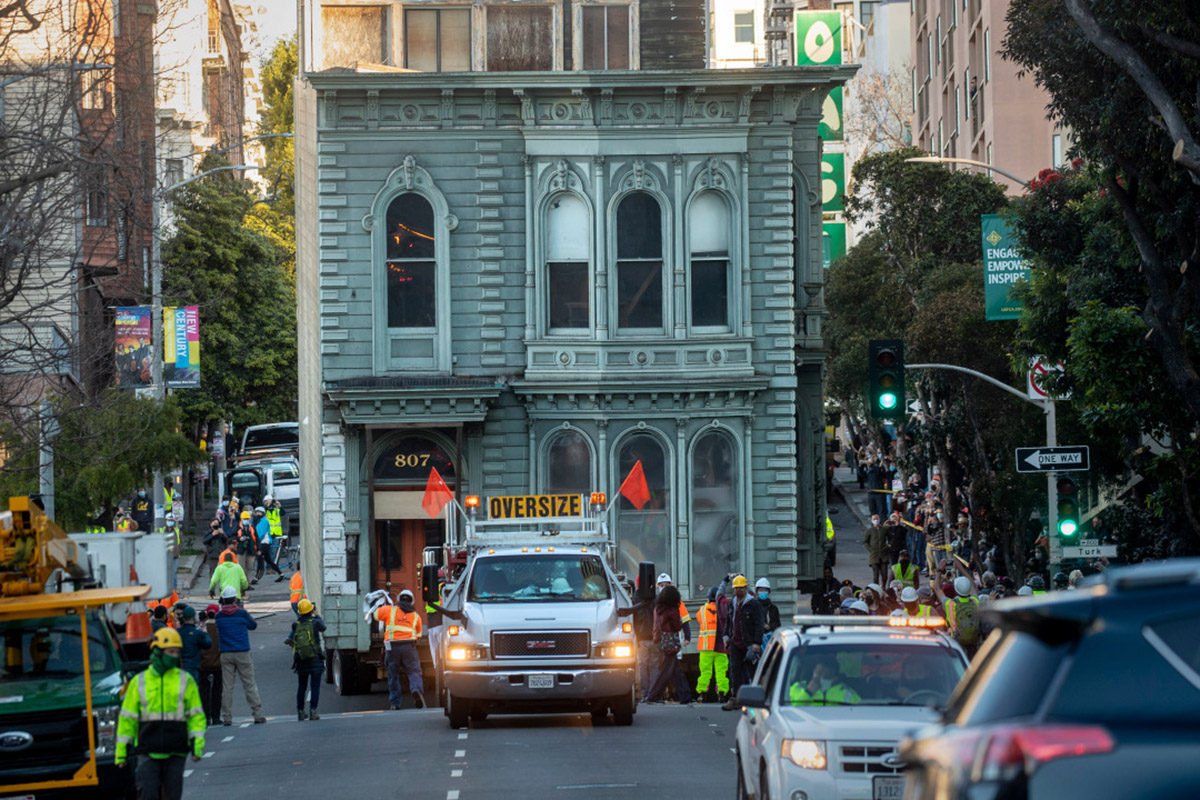 Can a house change its address? Yup!

On Sunday morning, people in San Francisco woke up with a special transport around the city: a whole Victorian house was moved around a mile from Franklin Street to Fulton Street.
If you search the original address on Google Maps you can still see it in its original place, right next to the gas station!

The house was located a few blocks east of Alamo Square, the famous address of the Painted Ladies, San Francisco’s most famous Victorian houses.

The house had been uninhabited for several years, a real estate operation would have involved its demolition to make space for an eight floors building with 48 apartments. Luckily the contractor has decided not to demolish it but to transfer it!

For a city like San Francisco where Victorian houses are true icons and for a country like America where there is a “hunger” for historic buildings, demolishing a house from 1880 would have been a real shame (not that it wasn’t done and redone, and redone over the years).

It is certainly not the first time that such a move has taken place, in the United States it happens to move entire buildings. They are cut at the base and lifted with a push from the bottom and loaded on immense trucks. The wooden structures facilitate the operation also thanks to a much lower weight than masonry structures like ours.

The United States is not the only place where these mega movements take place: in Bucharest, Romania, in the 1980s, engineer Eugeniu Iordăchescu invented a system that allowed entire buildings to be lifted and transported using rails. This allowed saving several churches from the destruction during the construction of the Parliament Building wanted by the then-dictator Nicolae Ceaușescu, the second-largest administrative building in the world after the Pentagon!
Here you can find an interview made a few years ago by The Guardian with the engineer Iordăchescu.

The transport of the Victorian house in San Francisco took 4 hours and was filmed by thousands of people who posted images and videos on social networks.
The Victorian house has now found a new address where it will be renovated, a new life will wait for it!

The cost of the operation: $ 400,000 … considering the prices of the San Francisco real estate market, the investment will certainly be recovered!
Do you remember when one of the Painted Ladies, 157sqm, was on sale for 2.7 million dollars?

One of the famous Painted Ladies in San Francisco is…