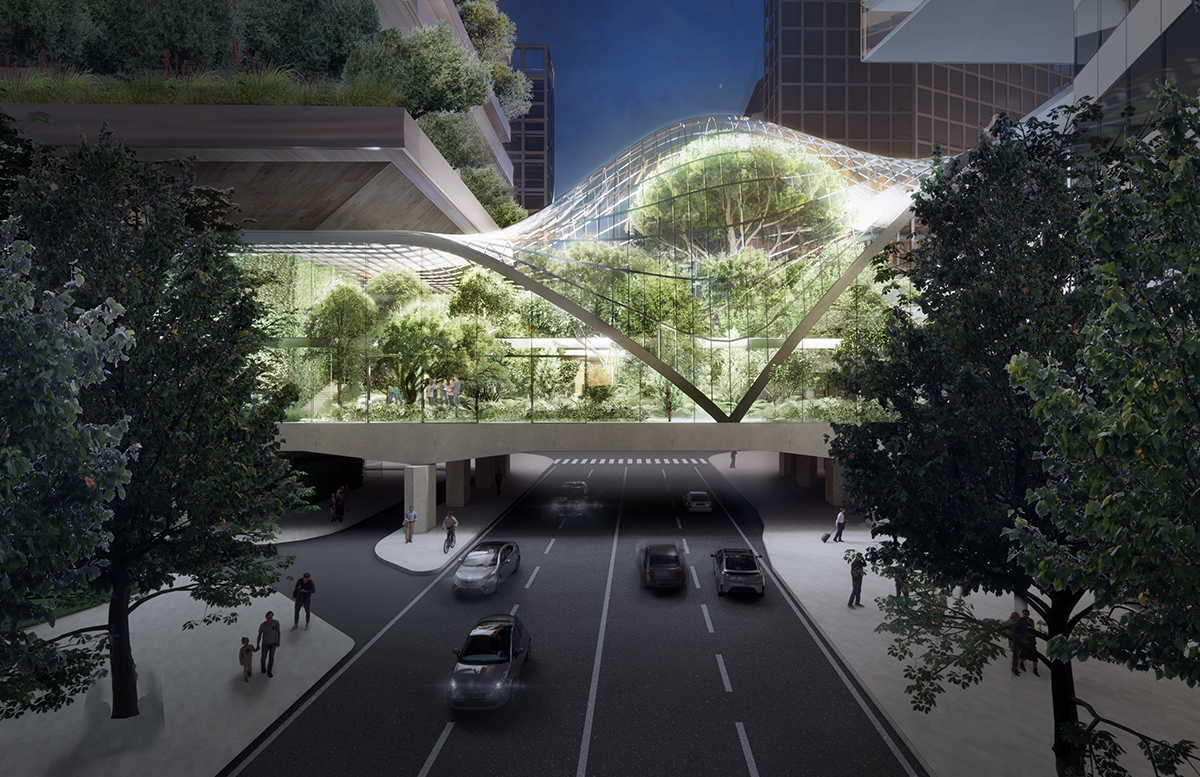 New green skyscrapers (and a biodiversity greenhouse) for Milan

New project for the “Pirellino” in Milan has announced, after years in a state of abandon.

“Pirellino” was the nickname of the tower where were the Technical Offices of the Municipality of Milan built in 1966 by the architects Bazzoni-Fratino-Gandolfi-Putelli in via Melchiorre Gioia 39. Completely in disuse since 2015, it was sold at auction for 193 million euros and bought by the investment company Coima.

Coima is the same company that built the Bosco Verticale designed by Stefano Boeri, right just a few meters from the Pirellino. The Milanese archistar Stefano Boeri will again be the designer of the project, this time side by side with the American studio Diller Scofidio + Renfro (DS + R), famous for the New York High Line. This will be their first project in Italy.

The P39 project will complete the Bosco Verticale area and will involve three architectures: the Pirellino and the Botanical Tower, over 20 floors of residential apartments. The two buildings will be joined by a very light structure for public use, a real greenhouse for biodiversity.

Pirellino, currently in a state of abandon and with large quantities of asbestos, will be renovated and will remain office space. The high pedestrian walkway that crosses via Melchiorre Gioia will be maintained but totally transformed. Perhaps this is the greatest magic: the bridge will become an open space for the city that will host exhibitions, events and a greenhouse of biodiversity.
On the other side of the street, there will be a new updated version of the Bosco Verticale, the Botanical Tower, a 110-meter skyscraper with 420 trees, 13,000 shrubs and 1,700 square meters of vegetation spread over 25 floors.
The first three floors of the Tower will be dedicated to offices and public spaces, the other 22 floors will host a hundred apartments for sale. The variety of plants will create a beautiful aesthetic: the building will change color according to the blooms over the various seasons. But there is more: the 1,700 square meters of vegetation will absorb 14 tons of Co2 and produce 9 tons of oxygen a year, like a 10 thousand square meter forest. With 2,770 square meters of photovoltaic panels, the tower will be able to self-produce 65% of its energy needs.

The 1,700 square meters of vegetation of the Botanical Tower will absorb 14 tons of Co2 and produce 9 tons of oxygen per year, like a 10,000 square meter forest.

I would love to hear what the botanist Stefano Mancuso think about this project. I heard him say that the only ones who can save us from global warming are trees. That it would be “enough” to plant trees in cities, places where CO2 is produced, and where their action would therefore be more effective.

Via Melchiorre Gioia, one of the busiest streets in Milan will be reduced from six to four lanes, two in each direction, to make room for rows of trees and cycle-pedestrian paths.

One of the initial projects also included the reopening of the Naviglio (which passes right under Via Melchiorre Gioia), which would have been a beautiful tribute to Milan city of water.

Coima’s investment and the project by Stefano Boeri and Diller Scofidio + Renfro is certainly a positive message, an injection of vitality (the construction site will be huge, they are talking about over 5,000 jobs between design, construction, and management phases), a vision of the post-Covid city that will have a huge impact on the future appearance of Milan.
Future but not too much, in fact we are talking about four years of work to be ready for 2026 for the Milan-Cortina Olympics.

Obviously this mega intervention has already aroused a lot of controversy, the main one is that the Pirellino is among the 37 Milanese properties that will benefit from the 25% volumetric bonus which provides, thanks to a regional law, the possibility of having a 25% increase in the building volume in the case of Milanese buildings in state of neglect for over 5 years (the Pirellino was abandoned in 2015). The Municipality of Milan is trying to give new rules to this law, but it seems that decisions are taking a long time. Coima has already said that even without the bonus, the P39 urban intervention will take place, Pirellino and Torre Botanica will be built as planned. Guess the one thing they won’t do without the bonus: the greenhouse bridge for the city! We’ll see what happens!

From Friuli to Sicily: 400 trees felled by Storm Vaia…