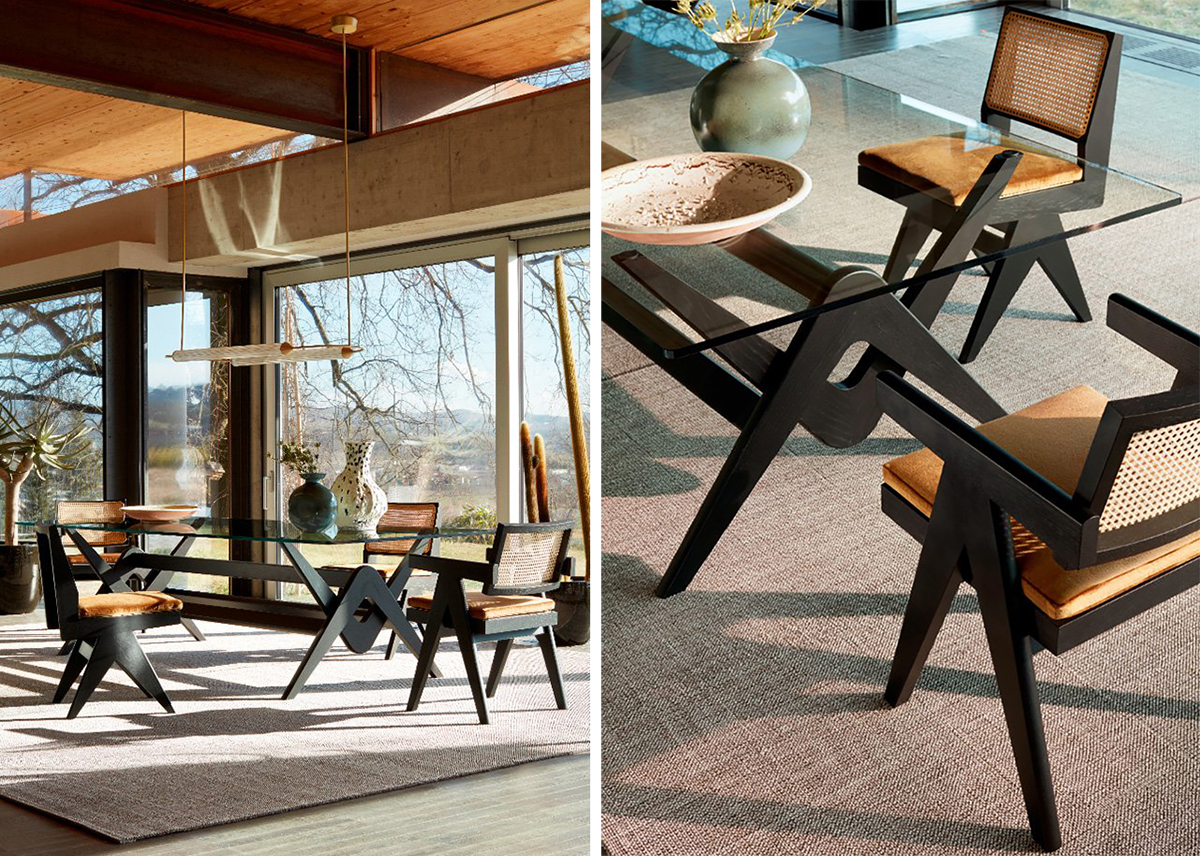 Pierre Jeanneret and Le Corbusier: the story of the furniture designed in the 50s for the city of Chandigarh in India

In 1947 India became independent from Britain, the Prime Minister Nehru decided to celebrate this new page in the country’s history creating a brand new capital, an ideal city designed by Le Corbusier and Pierre Jeanneret.

Le Corbusier and Jeanneret were cousins and colleagues – along with Charlotte Perriand – on many projects. The project for Chandigarh begun in 1951, the city has the shape of a human body with the administrative and government offices as the “head”, the business district as the “heart”, the production facilities as the central part, the industrial area in one “arm” and educational facilities in the other. The residential buildings were around the “body” of the city, surrounded by greenery.

Le Corbusier took care more of the urban and architectural part while the design of the furnishings was entrusted to Pierre Jeanneret who chose local craftsmen and materials such as teak wood and woven cane, abandoning the metal tubular, always protagonist in their furniture.
He designed minimal shapes that seem to reflect the lines of architecture, using simple materials.

Jeanneret created one of the most famous collections of international design, now very trendy, it has become iconic presences and very imitated. We had already talked about it in the blog post “Who designed the chairs that everyone wants”.

The utopian dream of this ideal city did not last long, early in the 1980s reinforced concrete – the main material chosen by Le Corbusier – began to deteriorate, showing its weaknesses exposed in a hot humid climate.
The buildings, when still in use, have been renovated over the years and the furnishings … eliminated. The original ones that have been saved, today are objects of desire for design collectors and can be bought at auction at crazy prices, especially since 2016 when Chandigarh was listed as a UNESCO World Heritage Site.

From India to Brianza:

Cassina, within its collection dedicated to the Great Masters, proposes a re-edition of the furniture designed by Pierre Jeanneret for Chandigarh. We can find, in addition to the original teak essence, also two new versions in natural oak and black stained oak.

In the collection there are the 051 e 055 Capitol Complex and Office Chair, the 053 Capitol Complex Armchair, the 056 Capitol Complex Table, it was designed as a conference table in the Legislative Assembly building, the 057 Civil Bench, designed between 1955 and 1956 for the lodgings and apartments of the Legislature Assembly members and the 058 Kangaroo armchair, designed for the General Hospital of Chandigarh but also present in many private homes, characterized by the “Z” shape of the sides.

Who designed the chairs that everyone wants