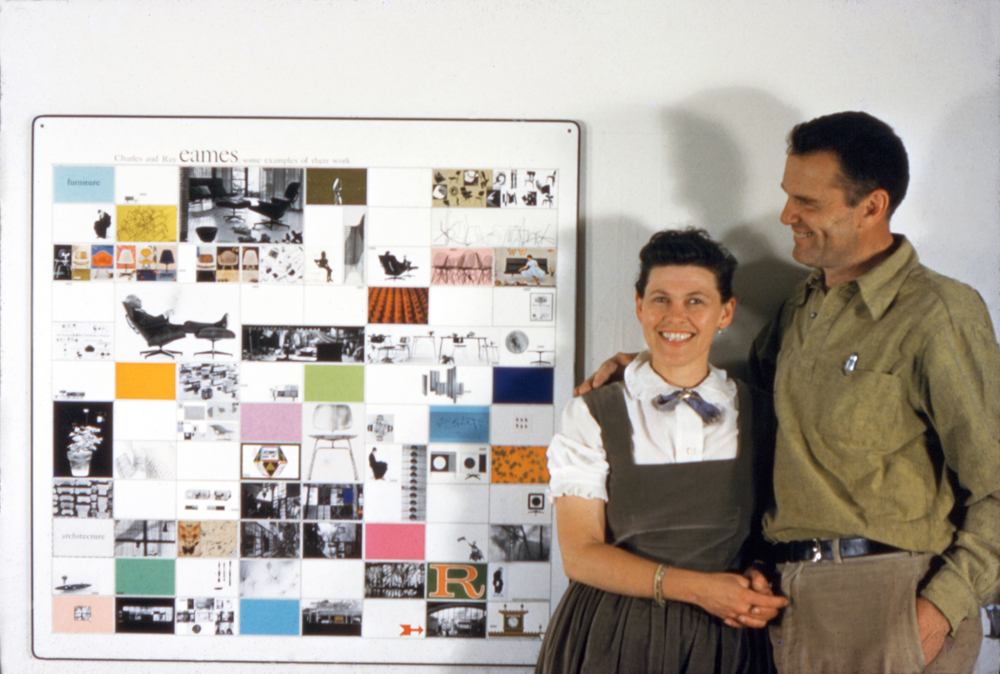 That one between Charles and Ray (Bernice Alexandra Kaiser) Eames is the most famous and beautiful love story of the history of design.

She was a painter, he was an architectural school dropout (he was dismissed from Washington University in St. Louis because “too modern”), they met in 1941 at the Cranbrook Academy of Art in Michigan, where he was invited by his friend Eero Saarinen. They fall in love thanks to a plywood splinter (they were working on first plywood projects) and the same year Charles asked her to marry him with this love letter: 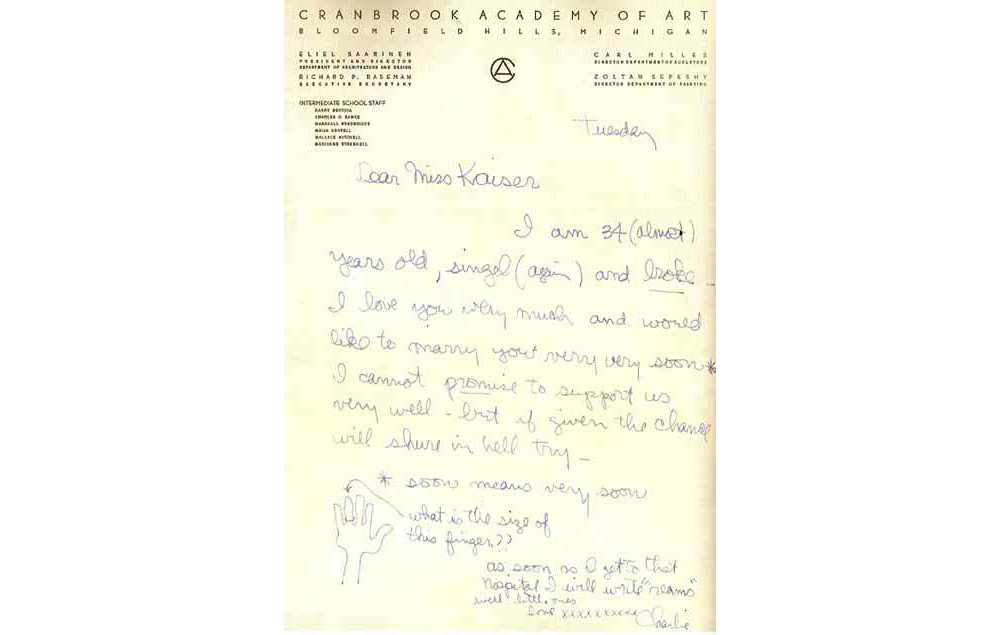 “Dear Miss Kaiser, I am 34 (almost) years old, singel (again) and broke. I love you very much and would like to marry you very very soon.* I cannot promise to support us very well. — but if given the chance I’ll shure in hell try –
*soon means very soon.
What is the size of this finger??
As soon as I get to that hospital I will write “reams” well little ones.
love xxxxxxxxxx
Charlie”

They married a few months later and the Eames became the most beloved couple of design! In every pictures they are always smiling and he has a beautiful way to look at her, don’t you think?
They worked together for the rest of their life changing the idea of the living space and creating most iconic furniture. There are many photos of them together, life and work were the same for them.
Look how wonderful is this letter-collage of love that Ray wrote to Charles on the 7th September 1955. Love, gift ideas and inspiration for their work, exactly how it was in their lives: 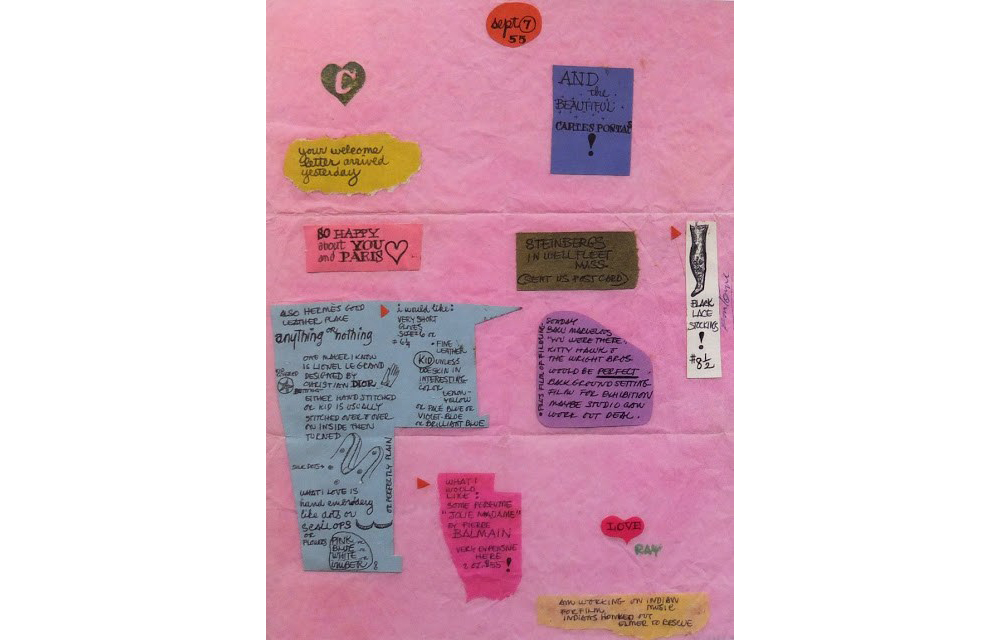 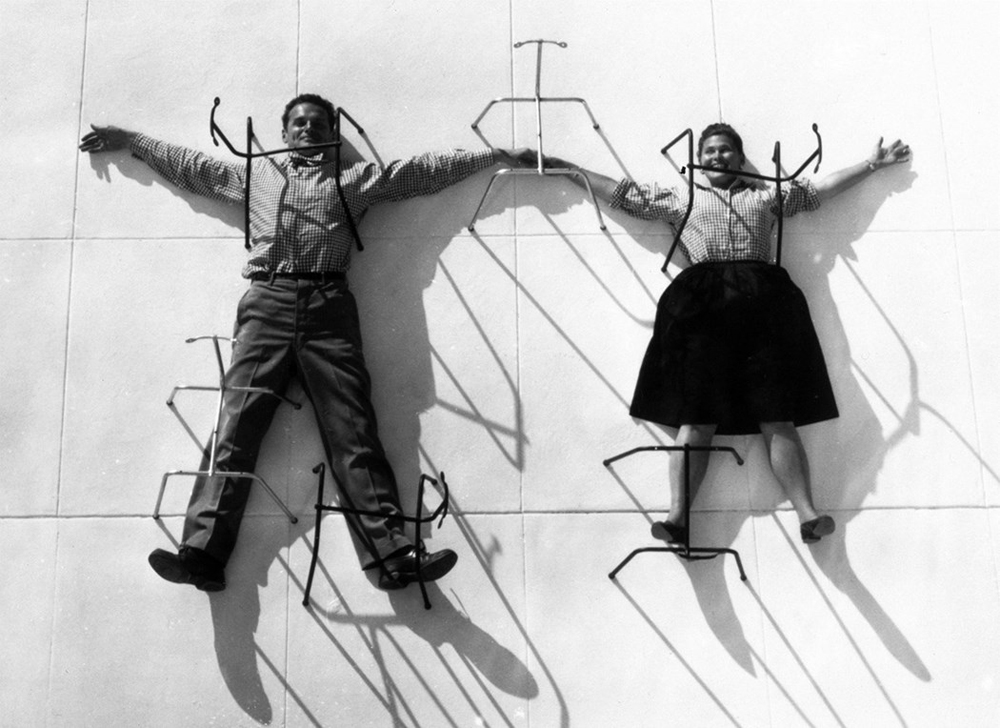 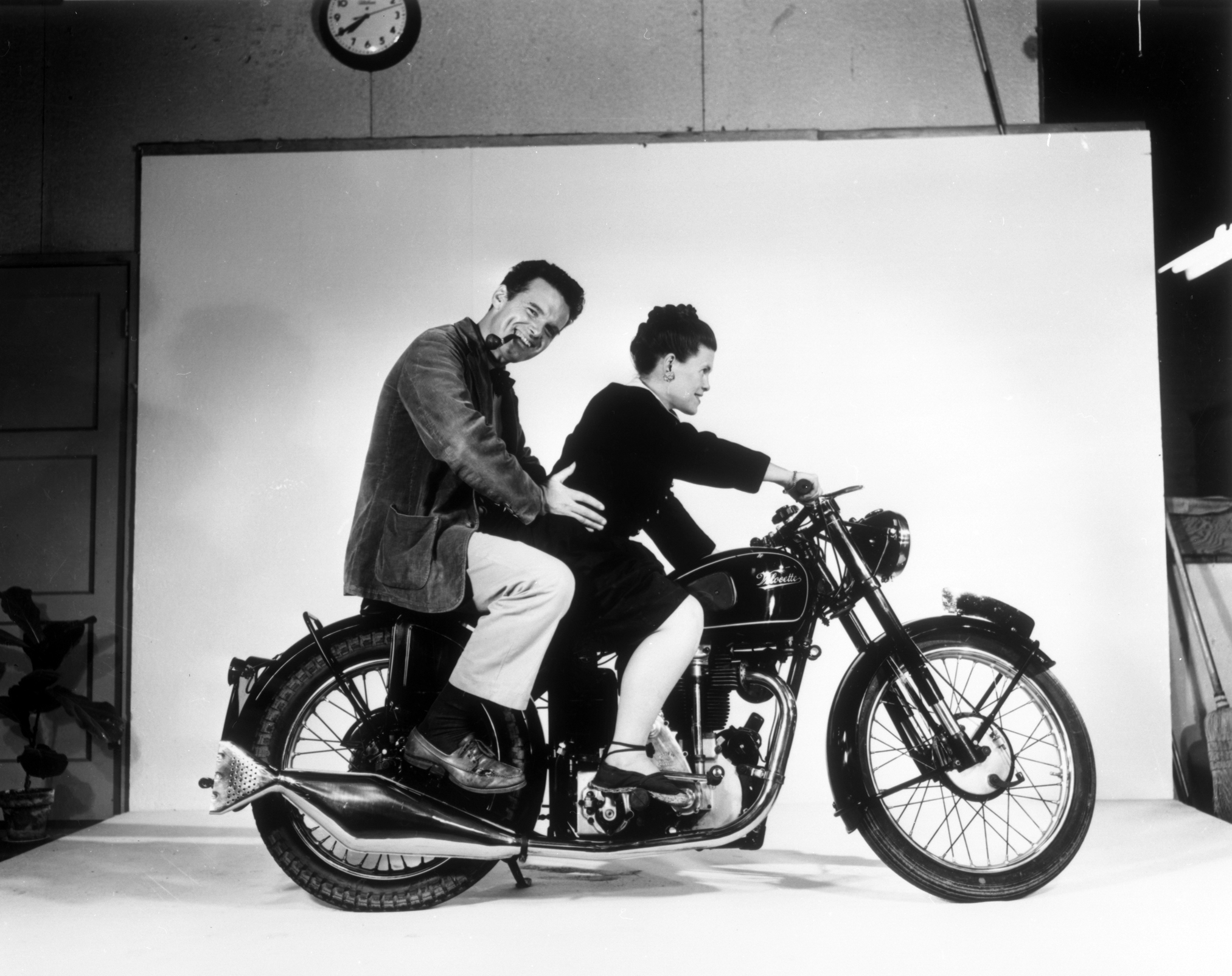 In late 40’s they were involved in the experimental program Case Study Houses for residential construction. They built several houses including their, where they lived and worked for their entire life, in Pacific Palisades, on the coast, just outside Los Angeles.

The Eames House was revolutionary for the space distribution and the design idea:

“What finally matters is that your house works the way you want it to. And that is a pleasant place to be in.” Ray Eames 1959

The Eames office was much more than a center for furniture design. It was a nonstop creative hub where employees worked and played around the clock, visiting the circus for inspiration, shooting art films, crafting toys, and traveling.

Great news: you can visit the Eames House! It is now the Eames Foundation headquarter and it remained as it was. We visited it during our first trip to Los Angeles. If you go there do not miss it! 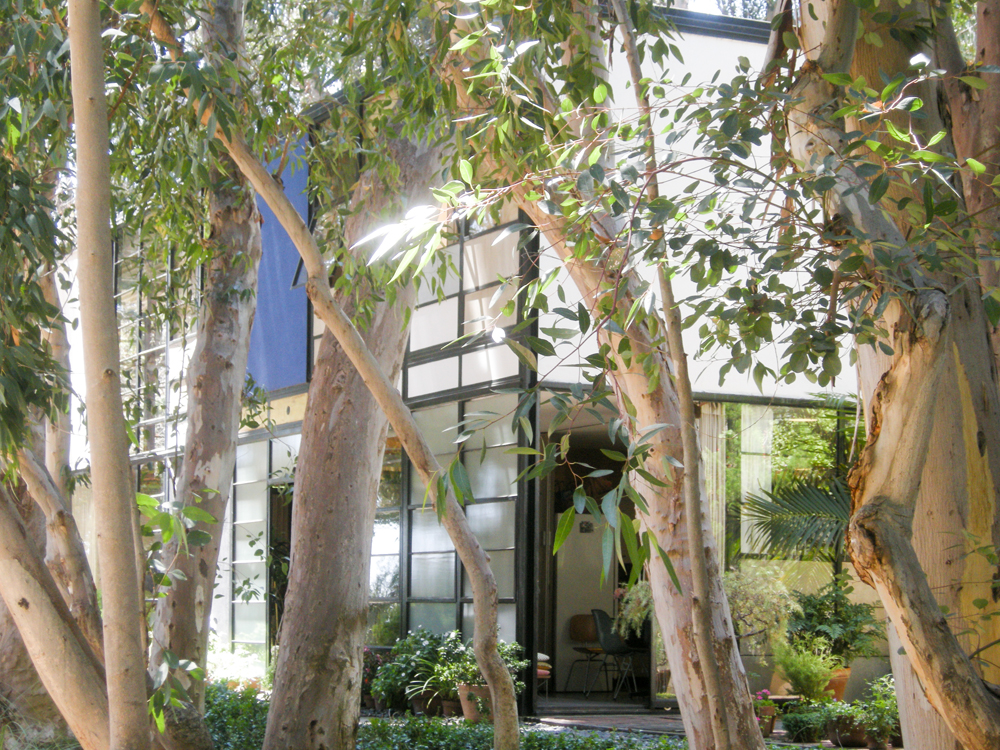 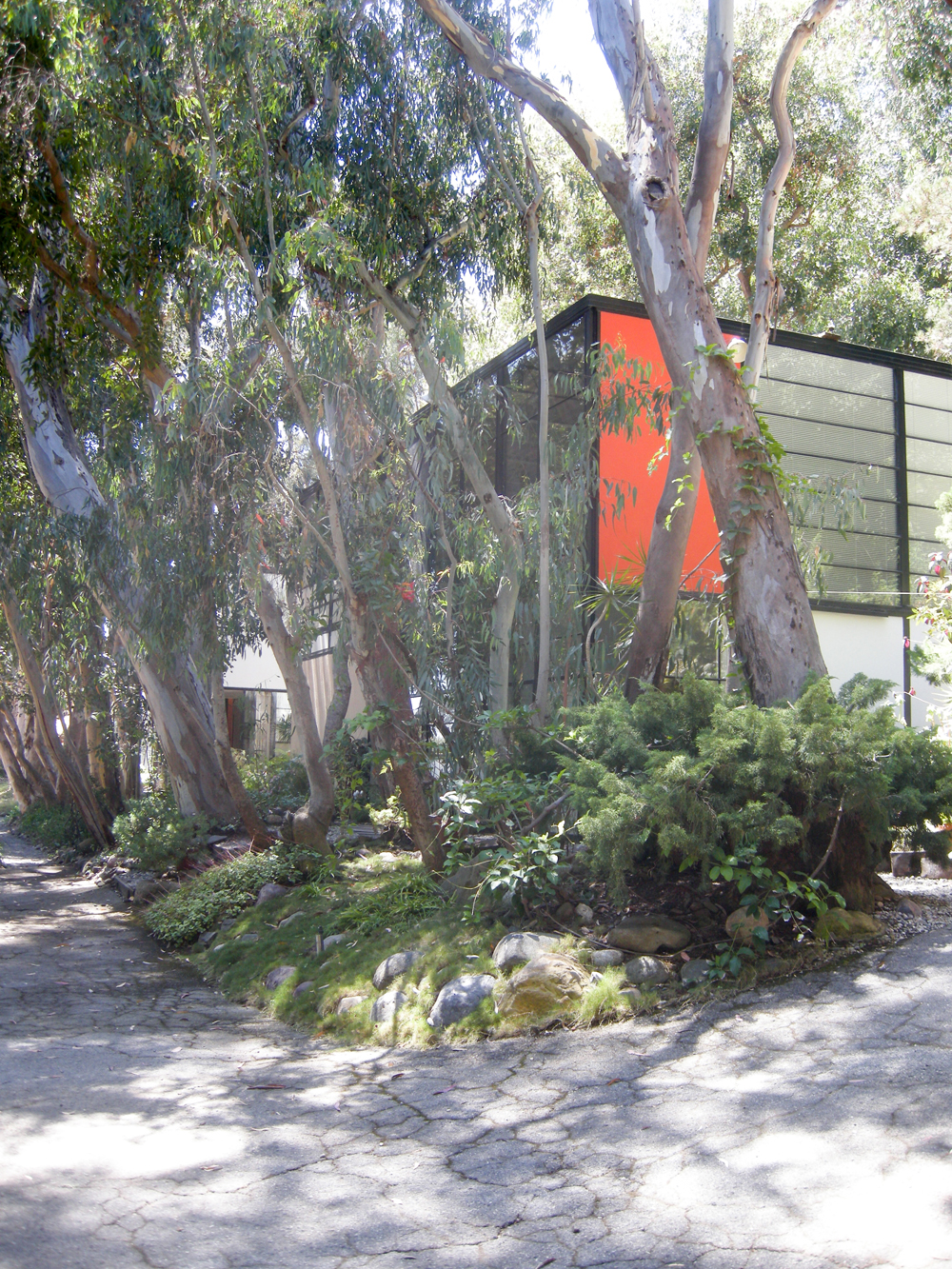 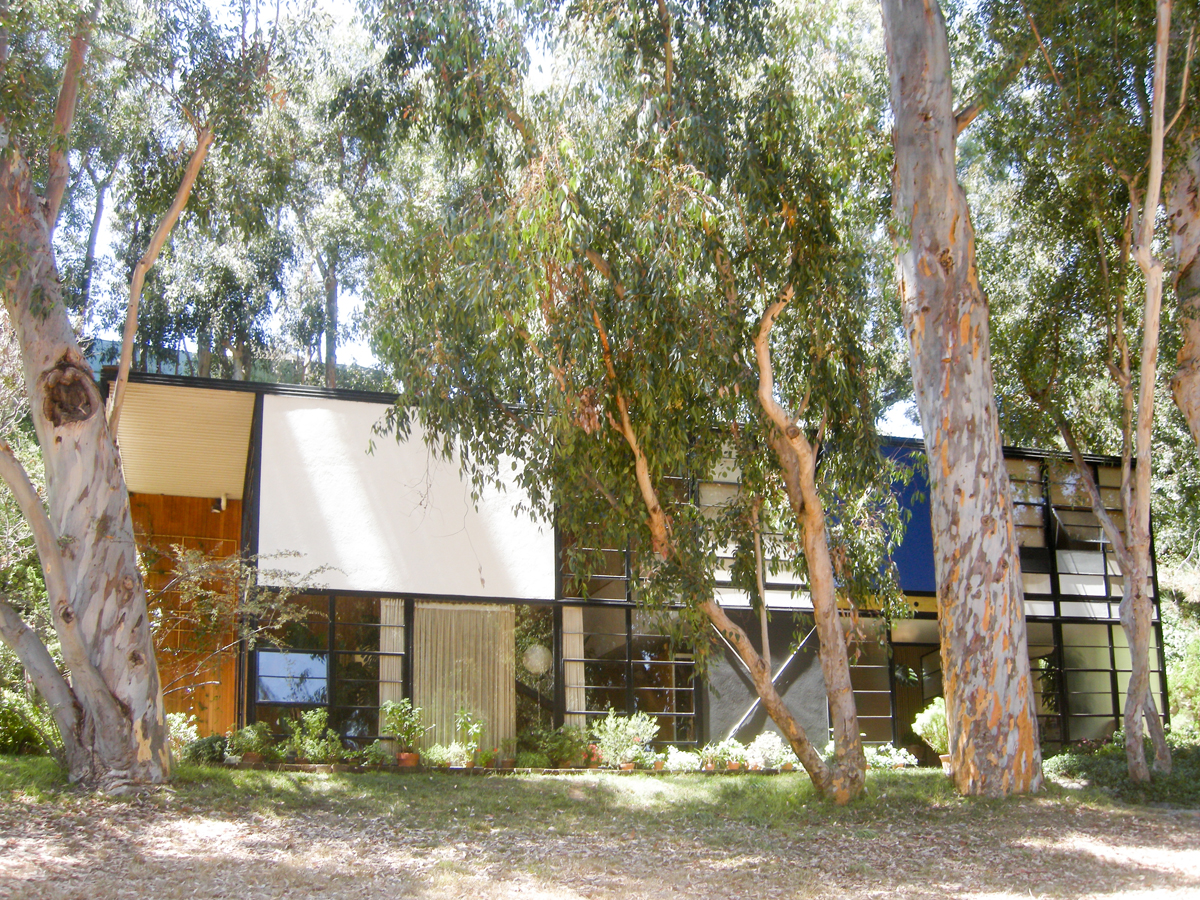 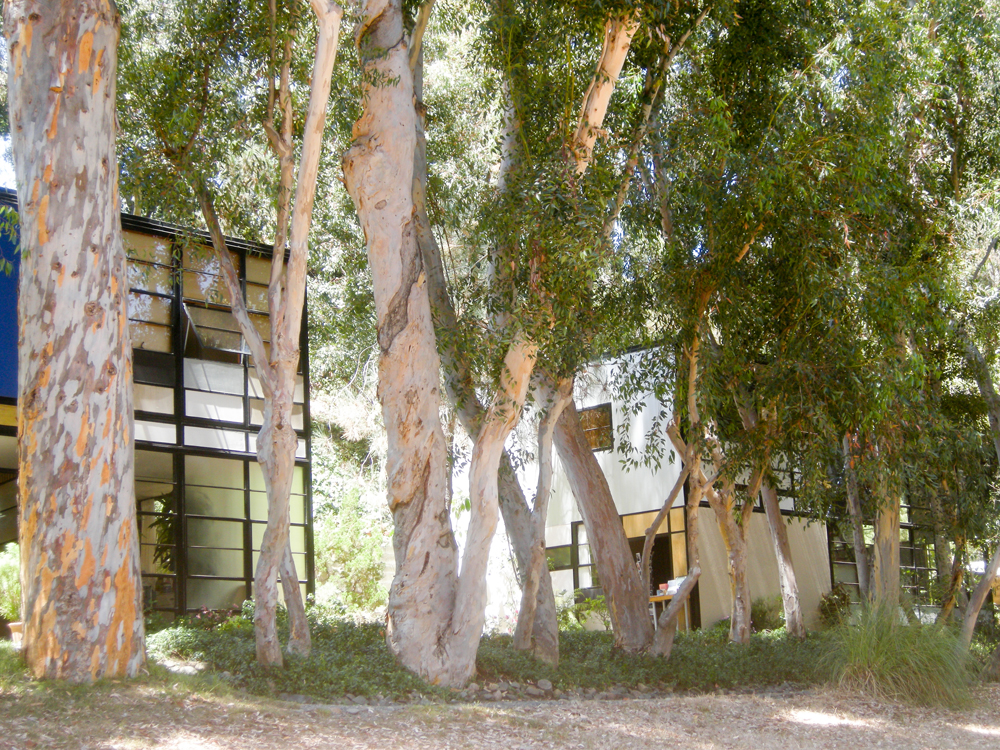 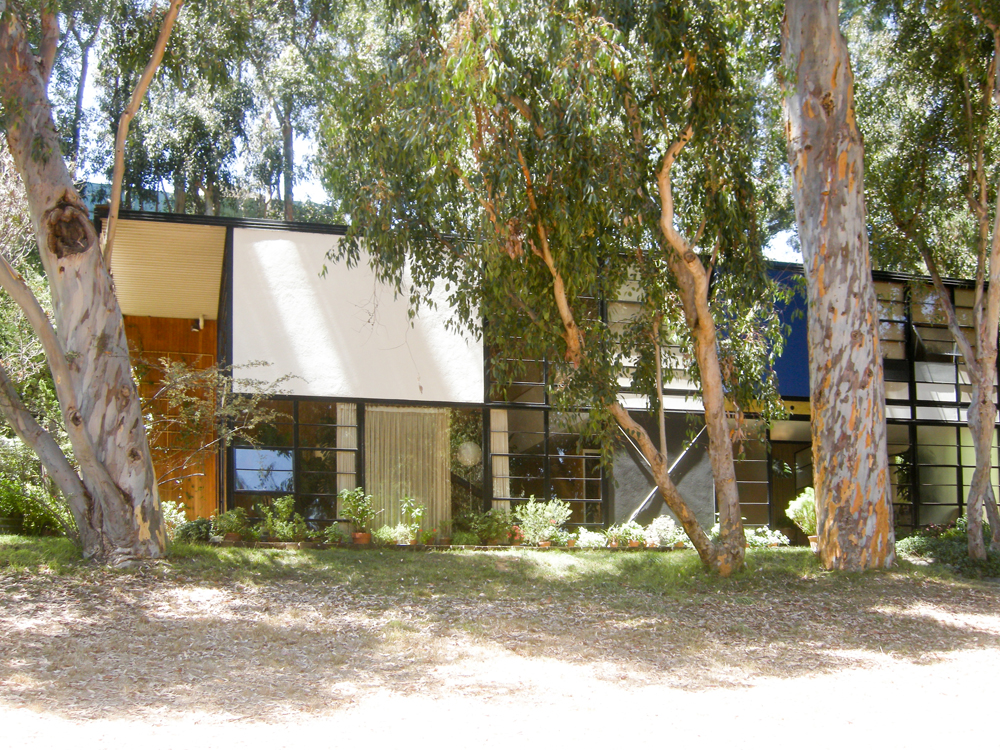 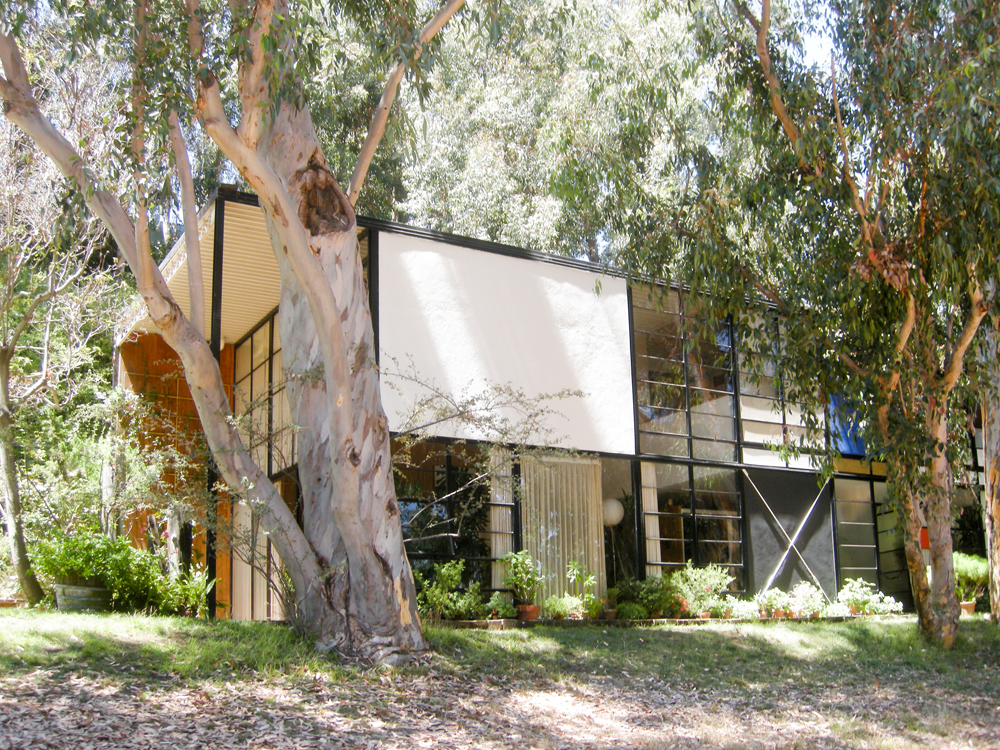 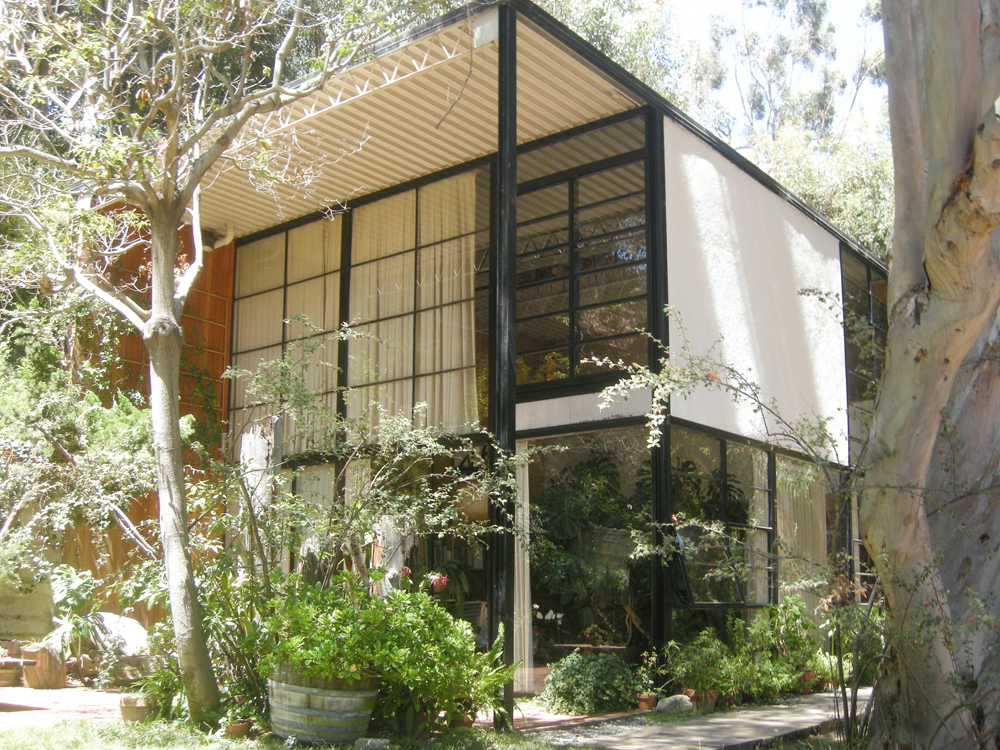 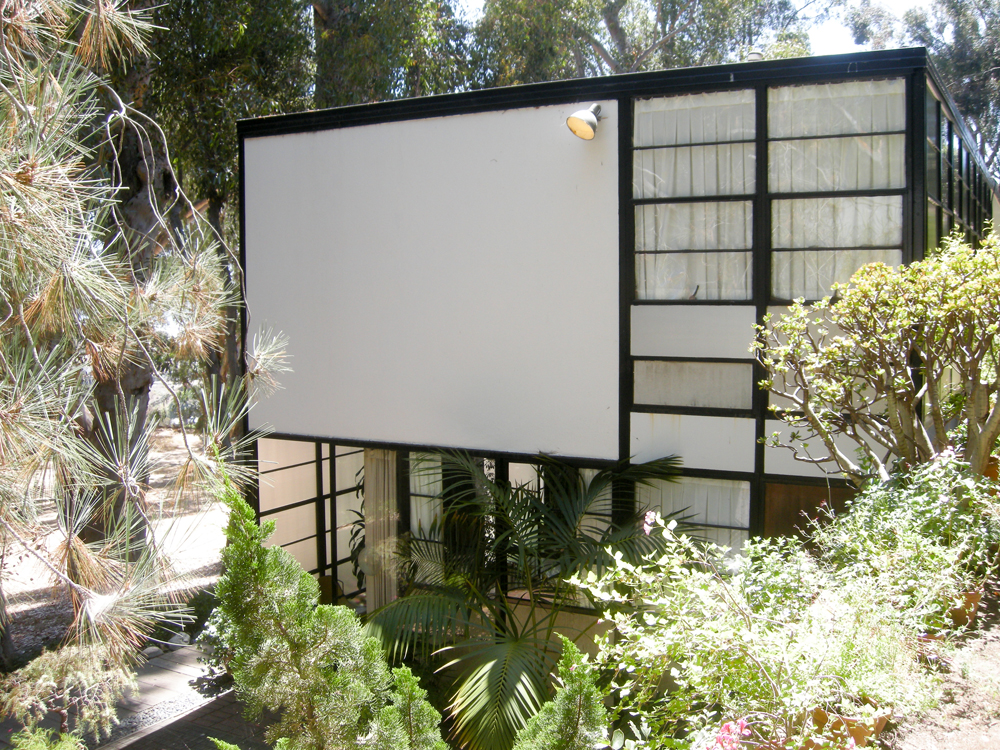 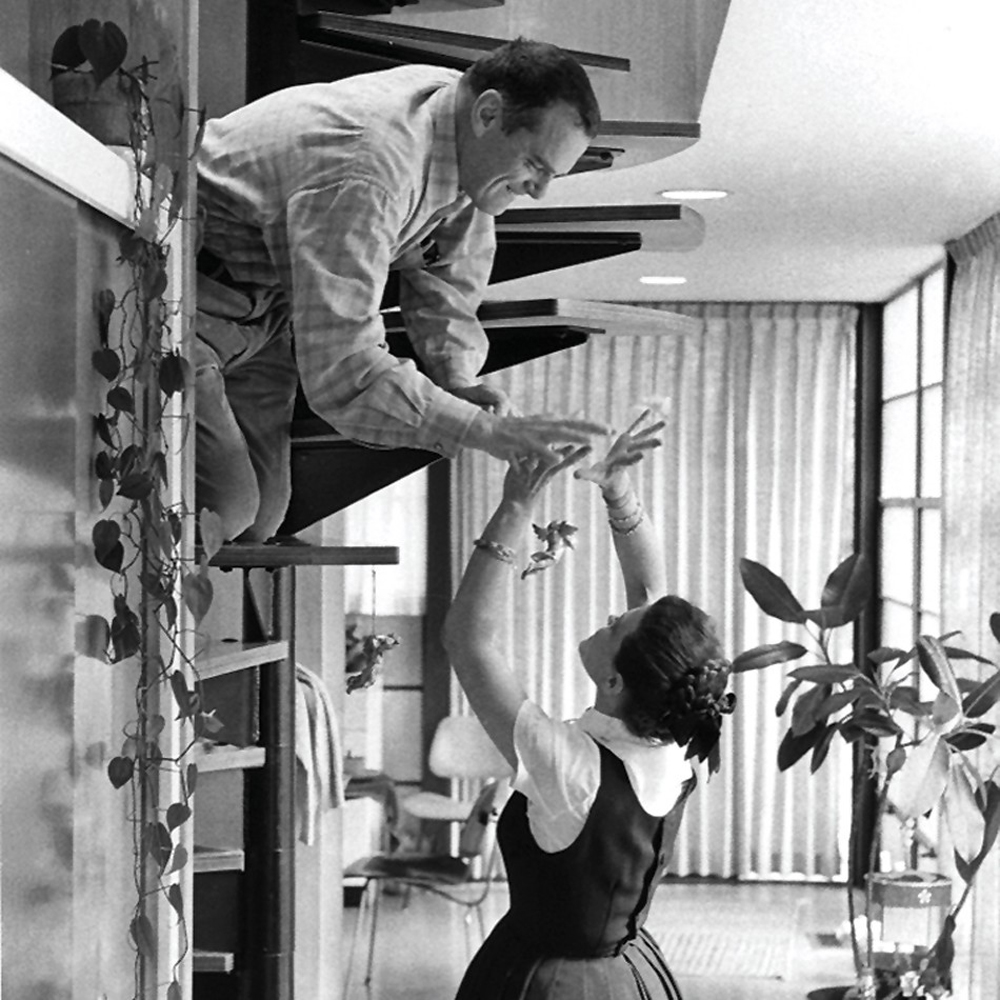 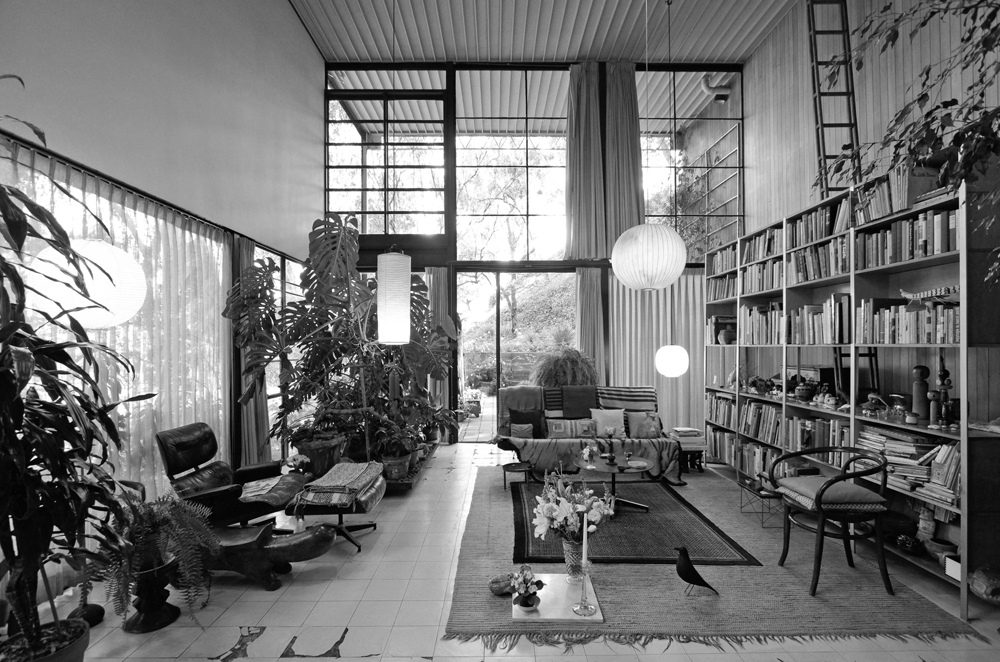 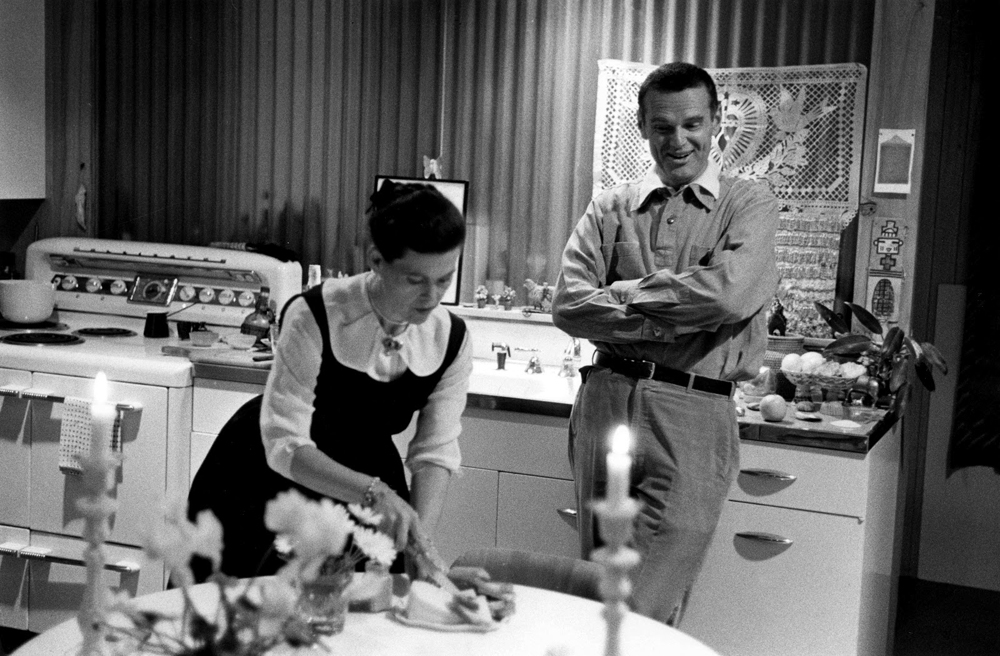 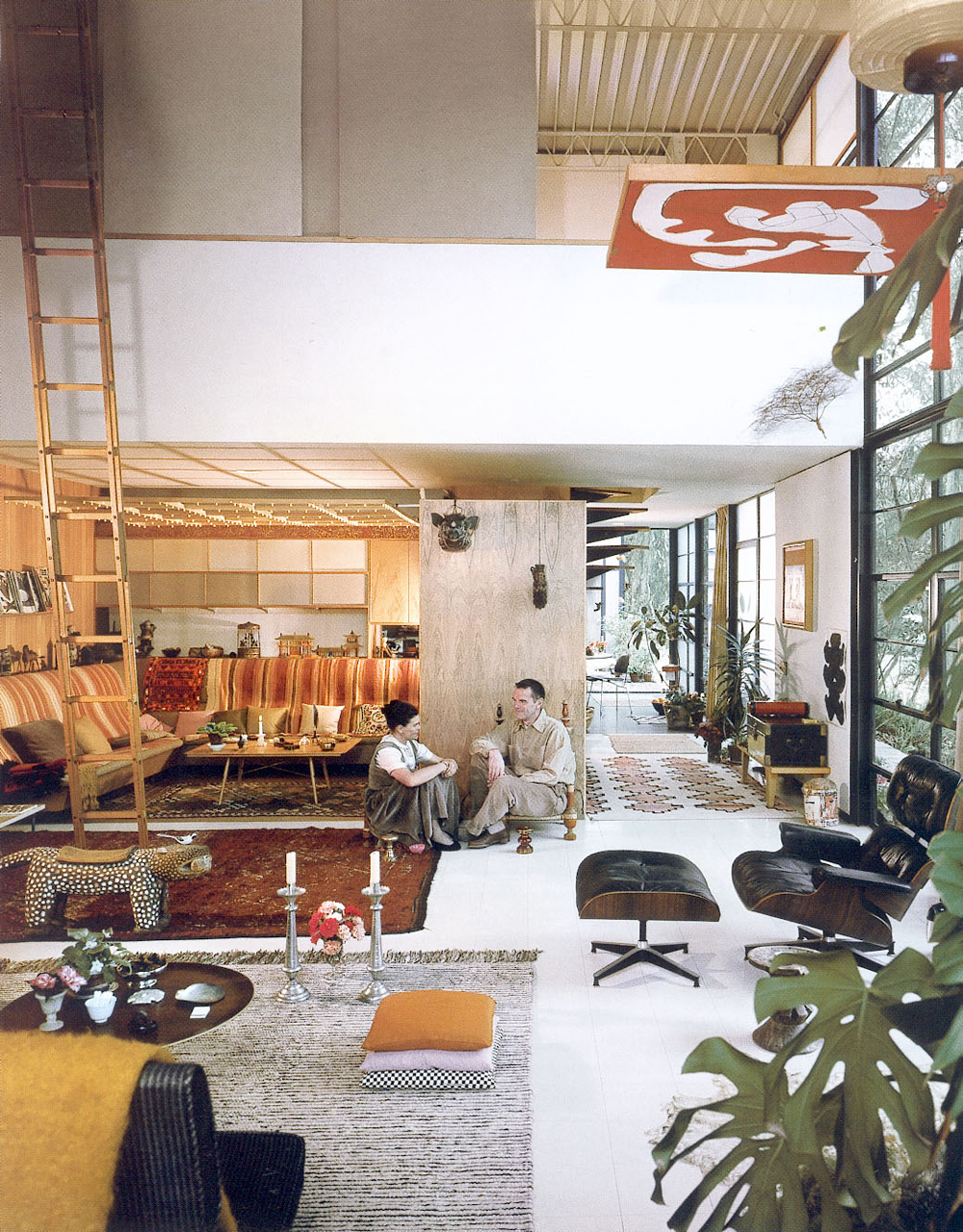 There is plenty of details in these interiors photos. This is what I see looking at them… 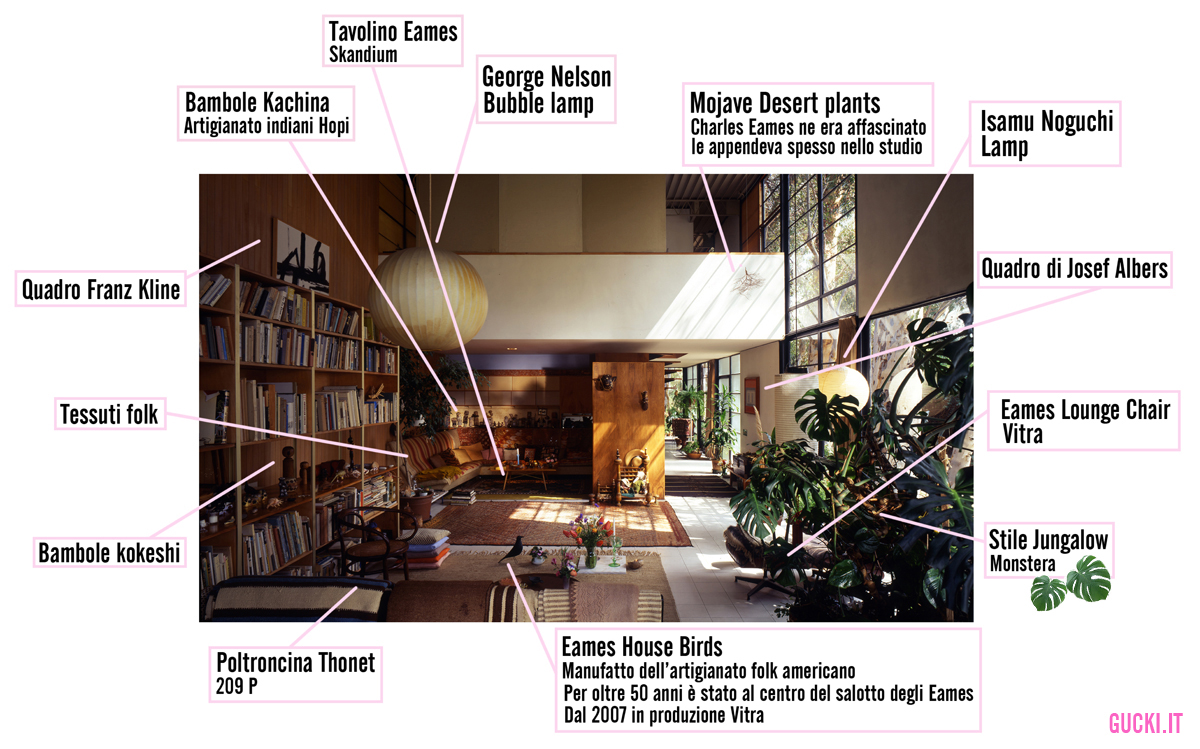 After a life together Charles died on August 21, 1978. After that, Ray completed all the projects they had started together before hanging up her design hat and devoting her life to communicating the couple’s theories and practices via talks and writing. She died on 21 August 1988, the ten-year anniversary of her beloved husband’s death. 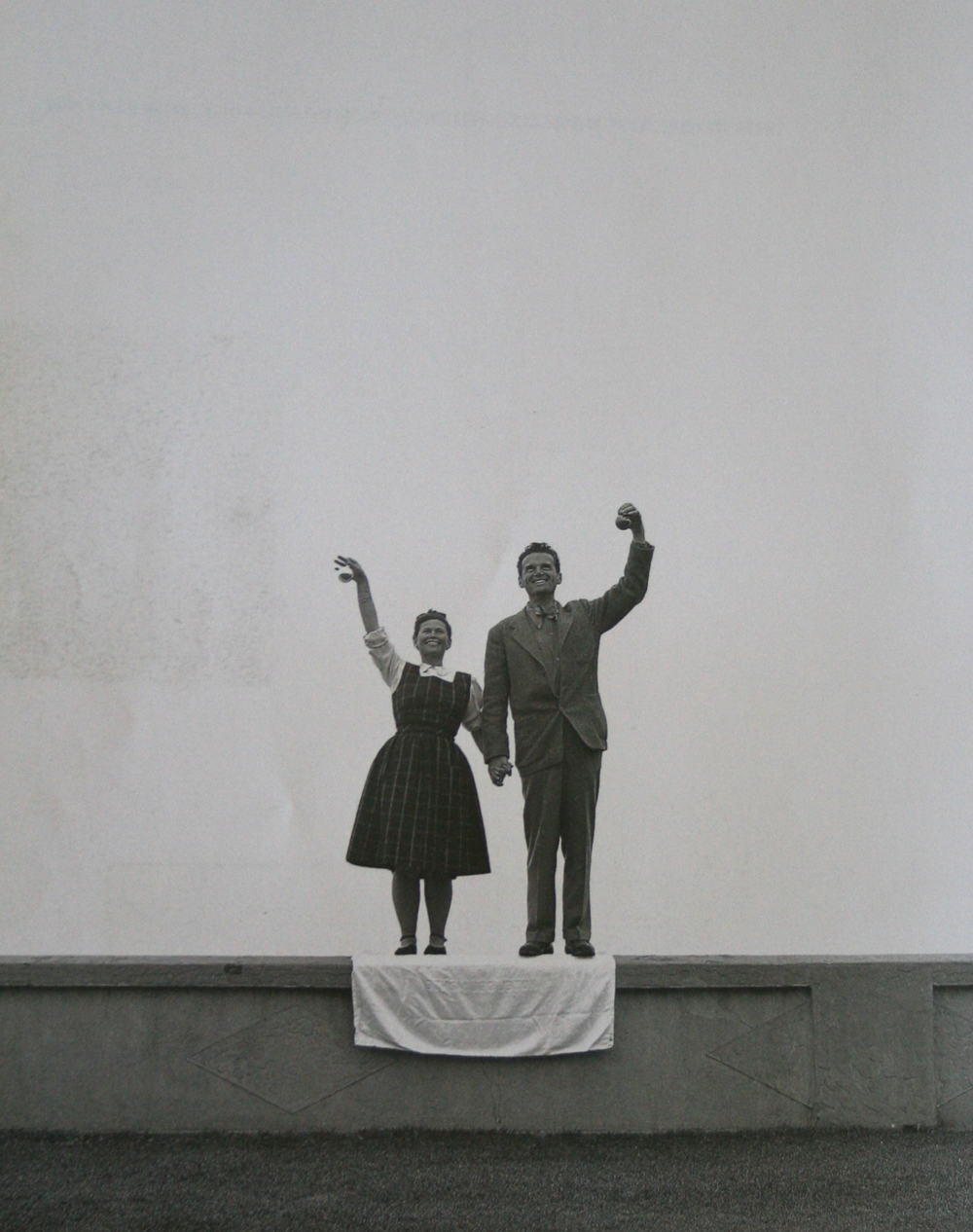