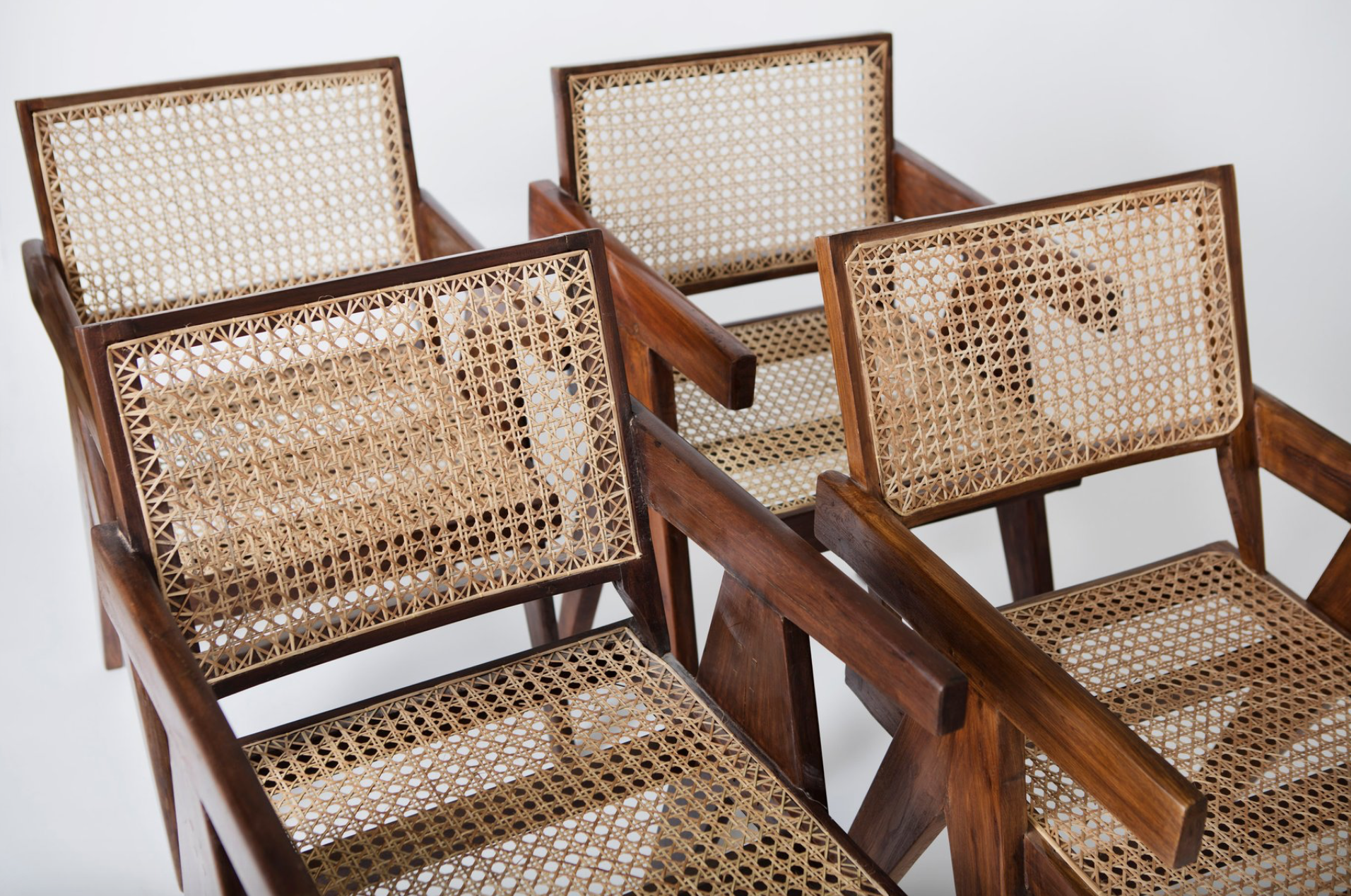 Who designed the chairs that everyone wants

Squared lines, teak wood with back and seat in woven cane. These chairs are so popular on Instagram at the moment but the originals were designed in the 50s by Pierre Jeanneret, Le Corbusier’s cousin, and they come… from India!

You’ve surely seen them on Instagram and Pinterest, they are everywhere with or without armrests, armchair style or chair. It’s kind of an invasion at the moment, original vintage pieces and “inspired” imitations, even Zara Home and H&M Home made them. But who did design the original? What is the story behind it? 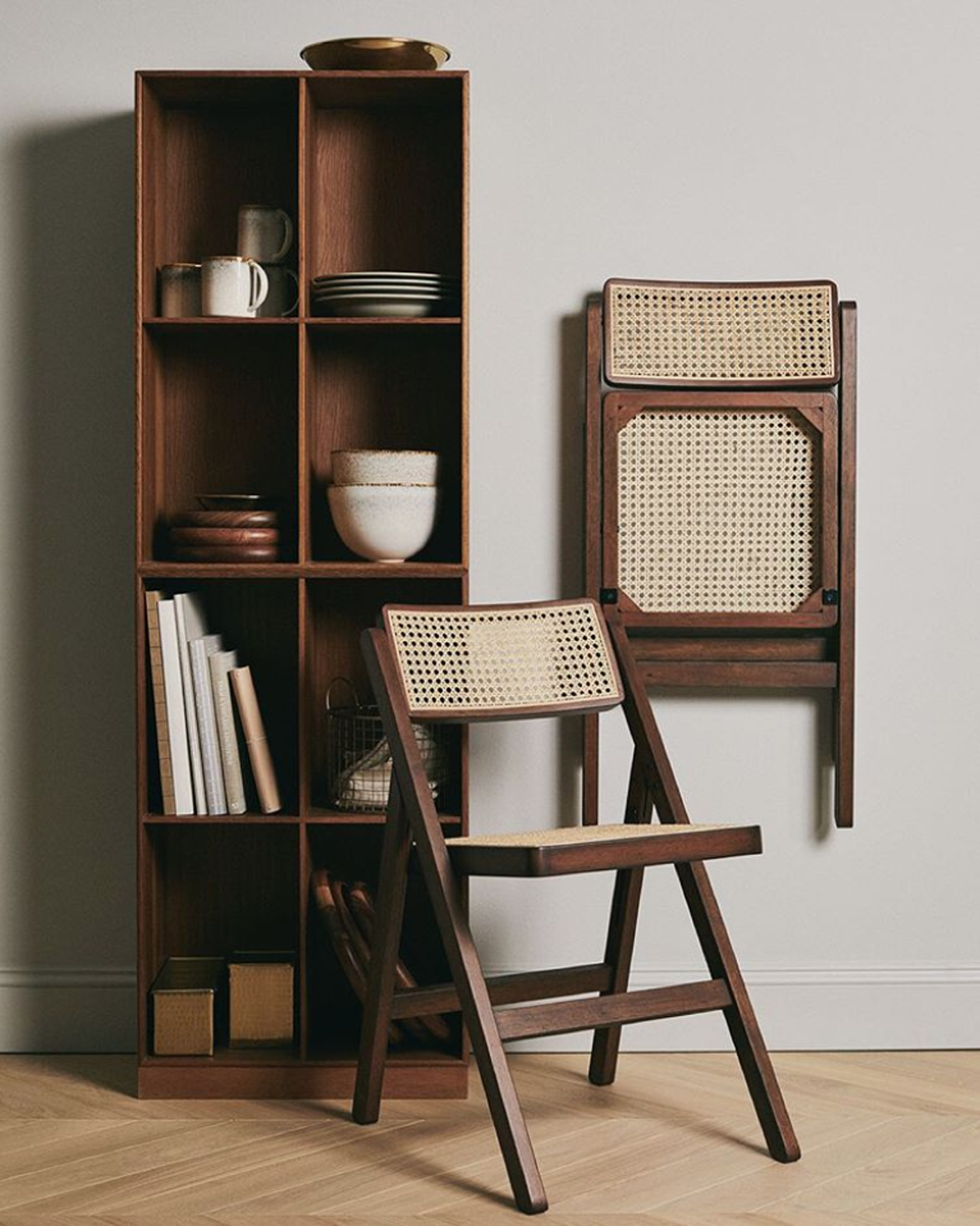 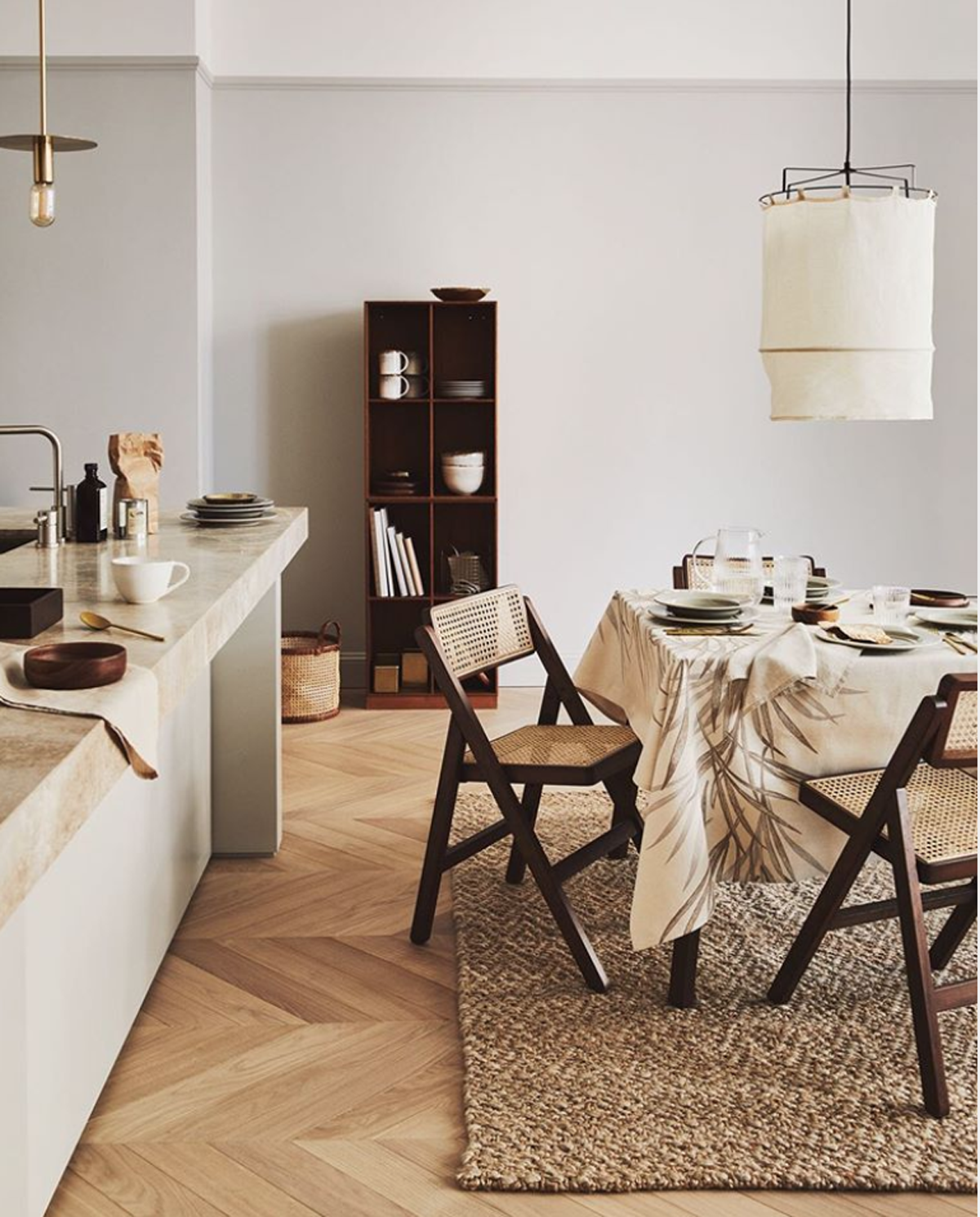 The original one was designed by Pierre Jeanneret in the 1950s for the Supreme Court of Chandigarh, India. Pierre Jeanneret (1896-1967) was Le Corbusier’s cousin. The two worked a lot together (also with Charlotte Perriand) co-designing the most famous architectural projects, such as Villa Savoye, and design pieces such as the LC series (chaise longue and armchair).

In 1947 India became independent from England and Prime Minister Nehru wanted a modern capital, an ideal city. To do it he called Le Corbusier who with Pierre Jeanneret designed and designed Chandigarh (in particular Jeanneret did it), they designed the city, buildings and furnishings. Here in India, in Chandigarh, that the greatest concentration of Le Corbusier’s works in the world, today it is a Unesco World Heritage Site.

Pierre Jeanneret devoted himself to Chandigarh until the end of his life (his ashes were scattered here in accordance with his will). Among the furniture that Jeanneret designed for the city, there are these iconic chairs which are called “Conférence” and were made for the Supreme Court of Chandigarh. There is also a version of the chair without armrests, called “Office chair”, with the same “V” shape Jeanneret also designed armchairs, folding chairs, benches and tables.
Jeanneret designed the furniture for Chandigarh using local materials such as teak and Indian cane, exactly the materials of the famous chair. 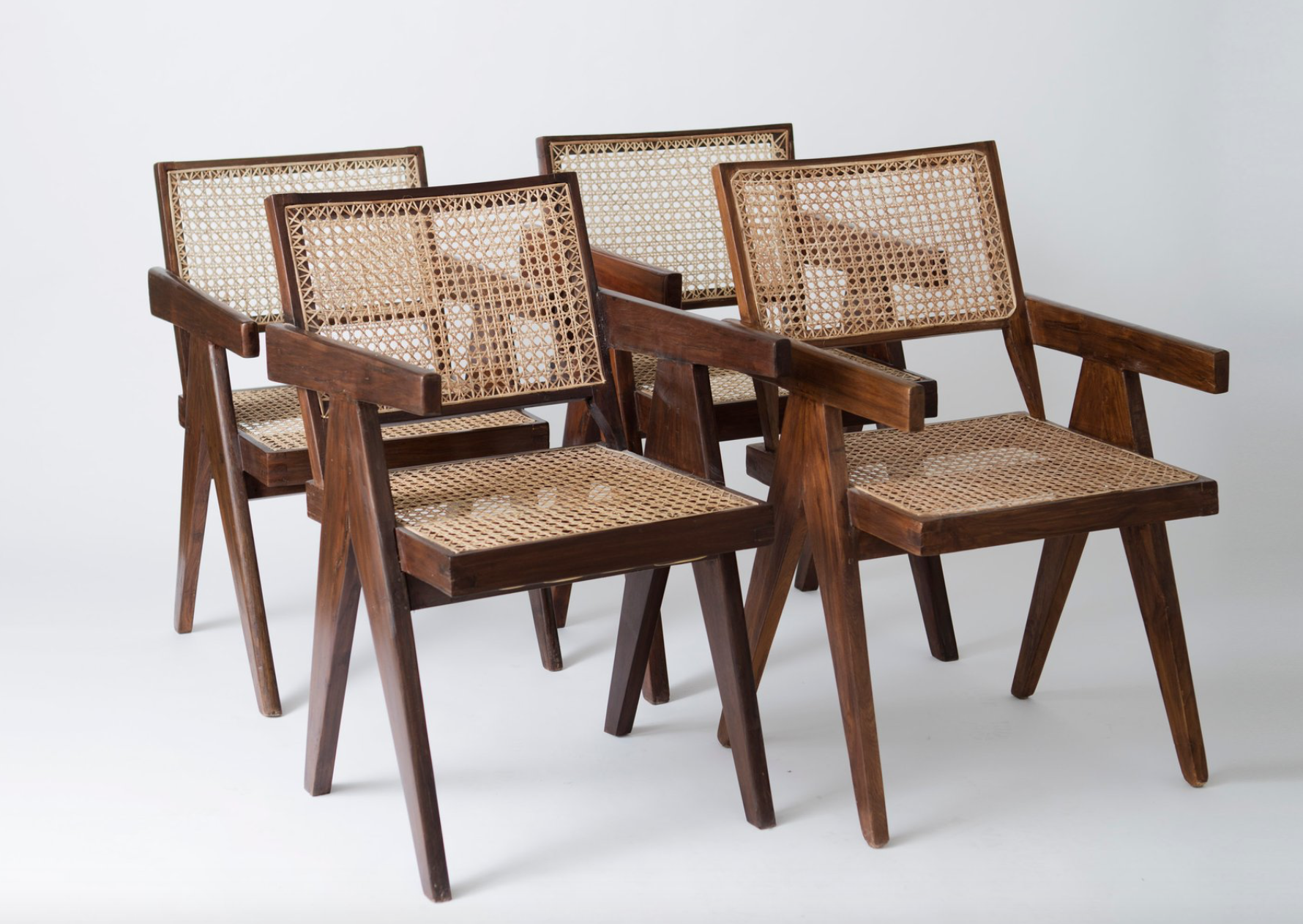 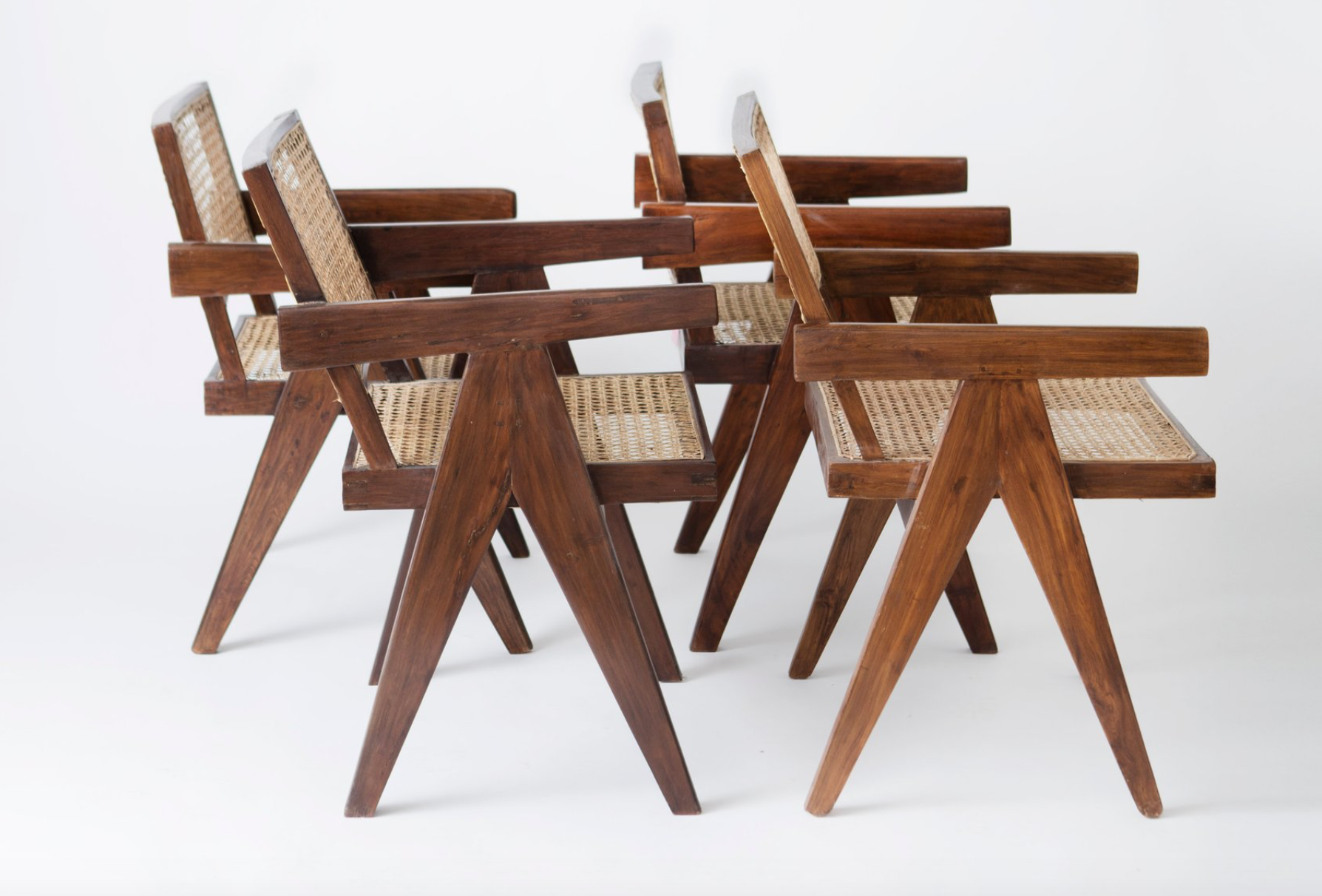 Cassina created a tribute to Jeanneret’s “Conférence” chairs with in Vienna straw. 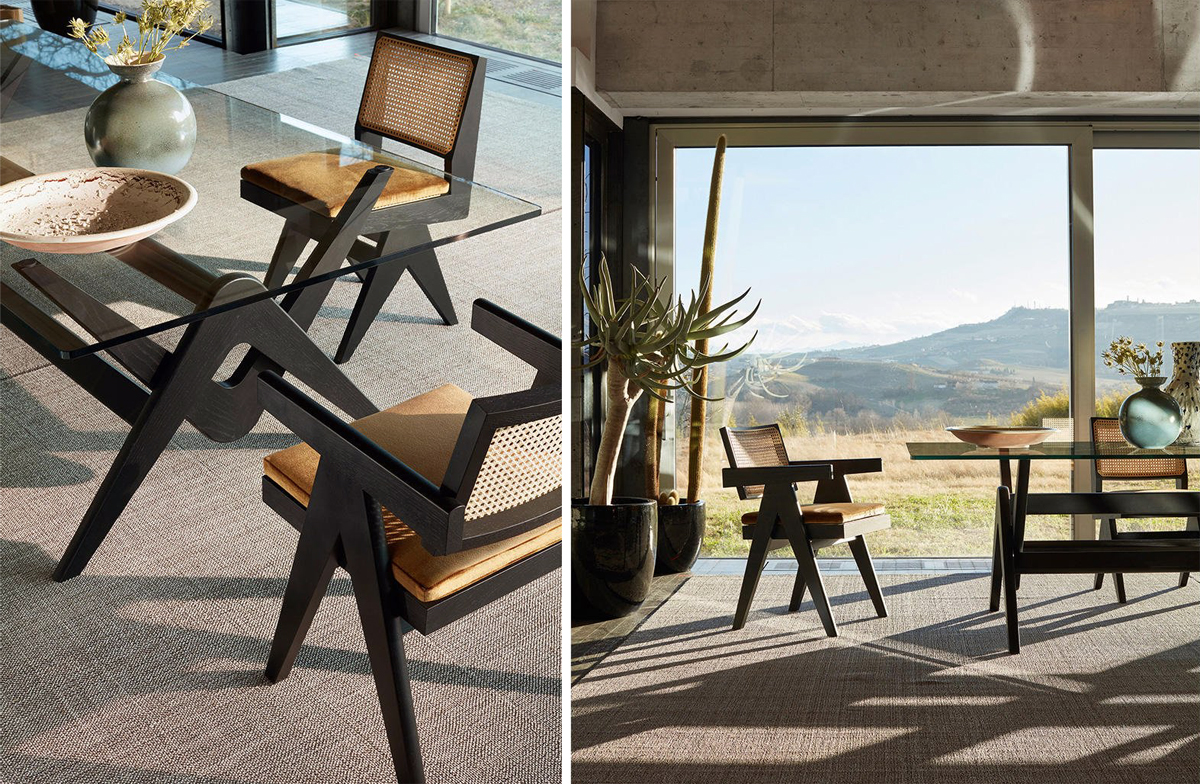 Imitations have very similar shapes but they are often made in Vienna straw or rope and, let’s say it, the charm of an original piece remains unique!

Mystery solved, this is the story behind the super popular wooden and woven cane chair on Instagram!

The Memphis Design on sale at the auction