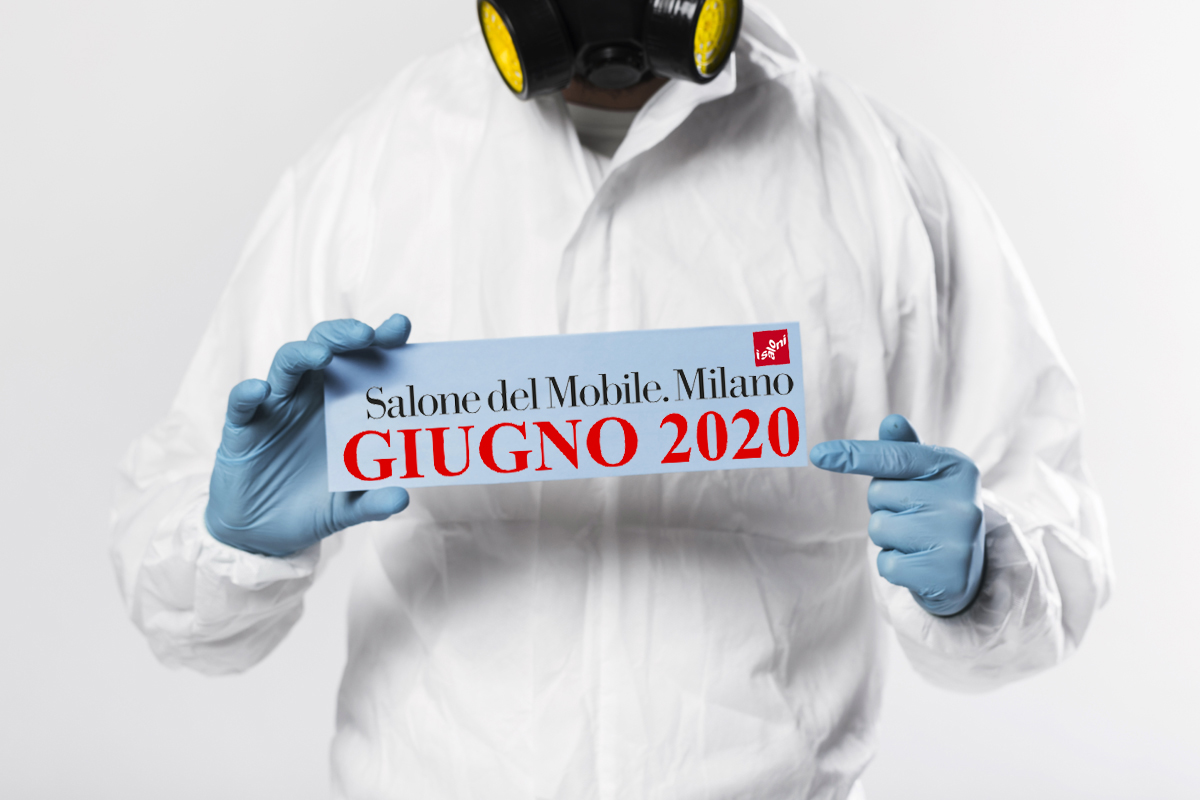 Breaking news: Milan’s Salone del Mobile has been postponed to June 2020 due to the Coronavirus emergency.

Organisers announced the decision in a statement tonight: “The Board of Federlegno Arredo Eventi met today in an extraordinary session and, in view of the ongoing public health emergency, has chosen to postpone the edition of the Salone del Mobile.Milano in June, from 16 to 21.
Confirmation of the change of date of the event – strongly supported by the Mayor of Milan Giuseppe Sala – it allows manufacturers to present their work to an international public that awaits the annual appointment with the Salone del Mobile.Milano as a benchmark for creativity and design.”

We are facing an unprecedented emergency in modern times. Design Week was about to start in less than two months, I can imagine the concern of all. Last year’s there have been 370 thousand presences from 188 countries, they expected 30% less due to the Asian absences. It is now very difficult to predict what will happen.

The Salone is not a simple event, thanks to the Design Week Milan last here had 230 million of activities with 90% of visitors from abroad. Hoteliers and guest houses are the first beneficiaries but the whole city benefits from it: commercial activities, bars, restaurants… The cancellation of the event would have created a damage estimated to exceed 120 million euros (Corriere della Sera data).

Italy is second in the world (after Russia) for the number of furniture manufacturers with 4,800 of them for a total turnover of 16 billion (Sole24Ore data).

Postpone the Salone is a huge decision: think of transports, shipping costs, flights, hotels, locations… 2,200 exhibitors and 600 young designers just at the fair, a certainly painful and complicated decision but I think that the most difficult choice will be the one which Fuorisalone will have to face. Locations are booked from year to year, I do not think it will be easy to postpone everything for 2 months.
Will the locations rented for April also be available in June?

This will be the first time since 1991 that the Salone del Mobile will not open its doors in April. Until 1990 the Salone was in September, did you know?

June 16-21, 2020 will also mean torrid heat in Milan, it will perhaps be the first time that going to the fair with air conditioning will be more tempting than going around the city at Fuorisalone… as long as there will be a Fuorisalone! After the school closes Milan empties, this year will be a very very very peculiar early summer.

But there is one thing that we do well in Milan: roll up our sleeves and get to work. It will be a weird, unpredictable Milan Design Week, but it will take place.

Ventura Centrale and Ventura Future: what to expect at Fuorisalone…