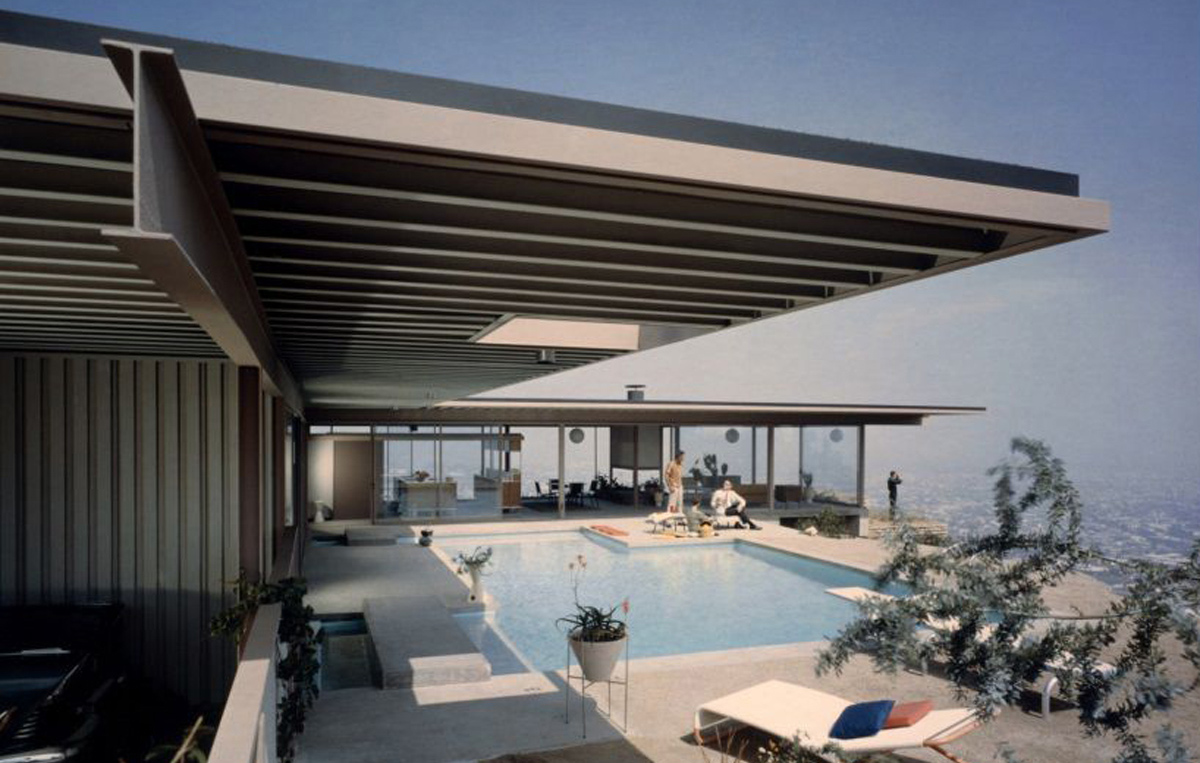 My biggest dream is moving to California and going to live in a Case Study House.

For those who love Modernist Architecture, California is a true paradise. The Case Study House Program has been a unique event in the history of American architecture. Funded by the magazine Arts & Architecture, the program proposed – between 1945 and 1966 – to respond to the post-war building boom with prototypes of modern houses easily reproducible and with low costs for the American middle class.

The Case Study Houses are located in the Los Angeles area and consisted of 36 housing models commissioned to the main architects of the modern age such as Richard Neutra, Charles and Ray Eames, Pierre Koening, Eero Saarinen, Raphael Soriano, Quincy Jones and Craig Ellewood.

The program guidelines required the use of techniques and materials created by the war effort as they could best express the modern lifestyle. The use of steel beams allowed the iconic presence of large glass surfaces.

Some of the Case Study Houses are still inhabited today and others can be visited. This Summer, our trip to California, was the opportunity to finally see in person my favorite Case Study House, the legendary Stahl House (Case Study House #22, by the architect Pierre Koenig, on the West Hollywood hills, 1959-60), the most famous of the program.

Visiting it was an extraordinary experience and maybe you remember the post I wrote on Facebook immediately after the visit: “Unfortunately I can not show you the 241 photos that I took, the policy of Stahl House is very strict. Visiting it is a dream that comes true. When I think of Los Angeles, the first image that comes into my mind is this photo of Julius Shulman from 1960. It was shot just after the Stahl House was finished and became the symbol of modernist architecture. I never thought I would have the chance to enter literally into the picture sitting there just like those girls. From here the view is more than 180º, from the hills to the city of Los Angeles to the ocean. The Stahl House was designed by the young architect Pierre Koenig between 1959 and 1960 and it still belongs to the Stahl family.
A glass box. There are no walls, only sliding windows that can be totally opened on the surrounded view. Vitra is the queen of the forniture.. sofas, armchairs, chairs, table… the Tulip table in white marble with yellow Plastic Chairs by Eames (among other things, the Eames’ house is another Case Study House and it is not so far from here). Two bedrooms, two bathrooms, laundry room… with a spectacular swimming pool. All this is thanks to modernist architecture: steel and glass have made the magic.
It was really amazing visit it, it was like turning on colors in that is undoubtedly my favorite architectural photo! It has everything that I love: architecture, design and California!” 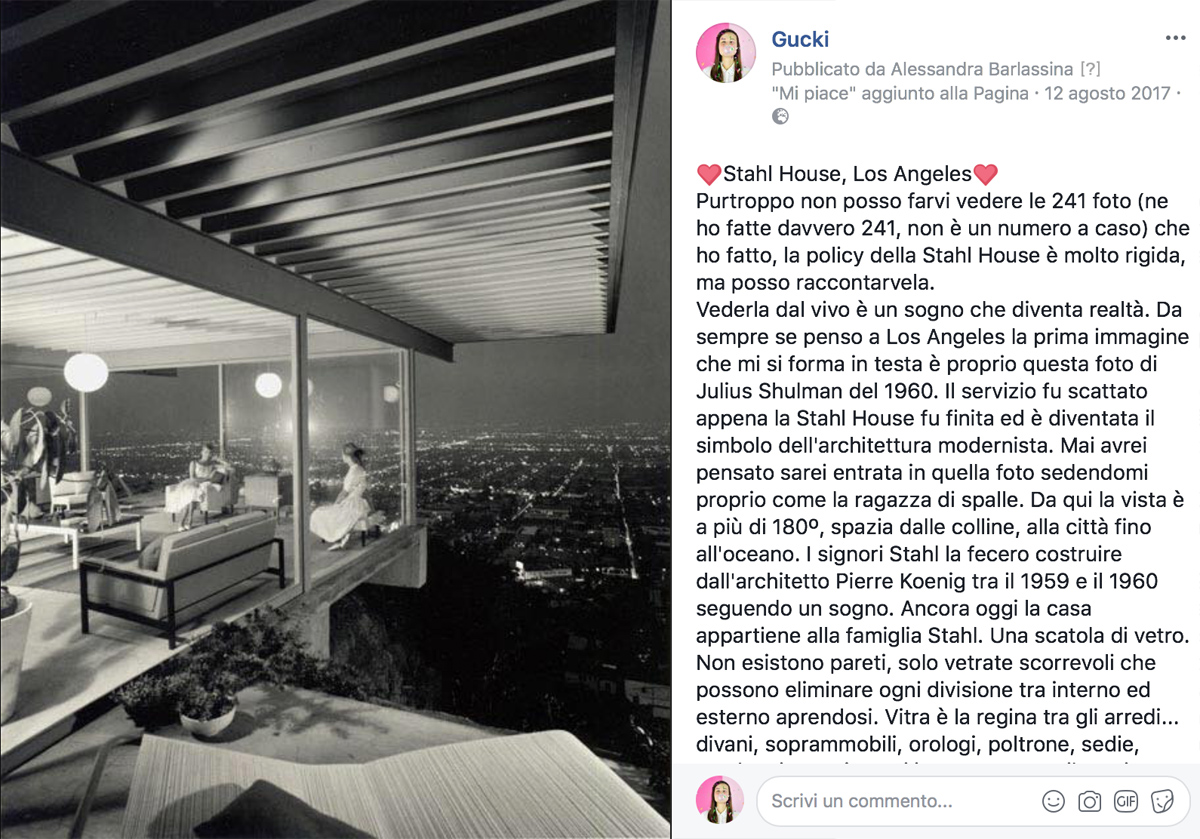 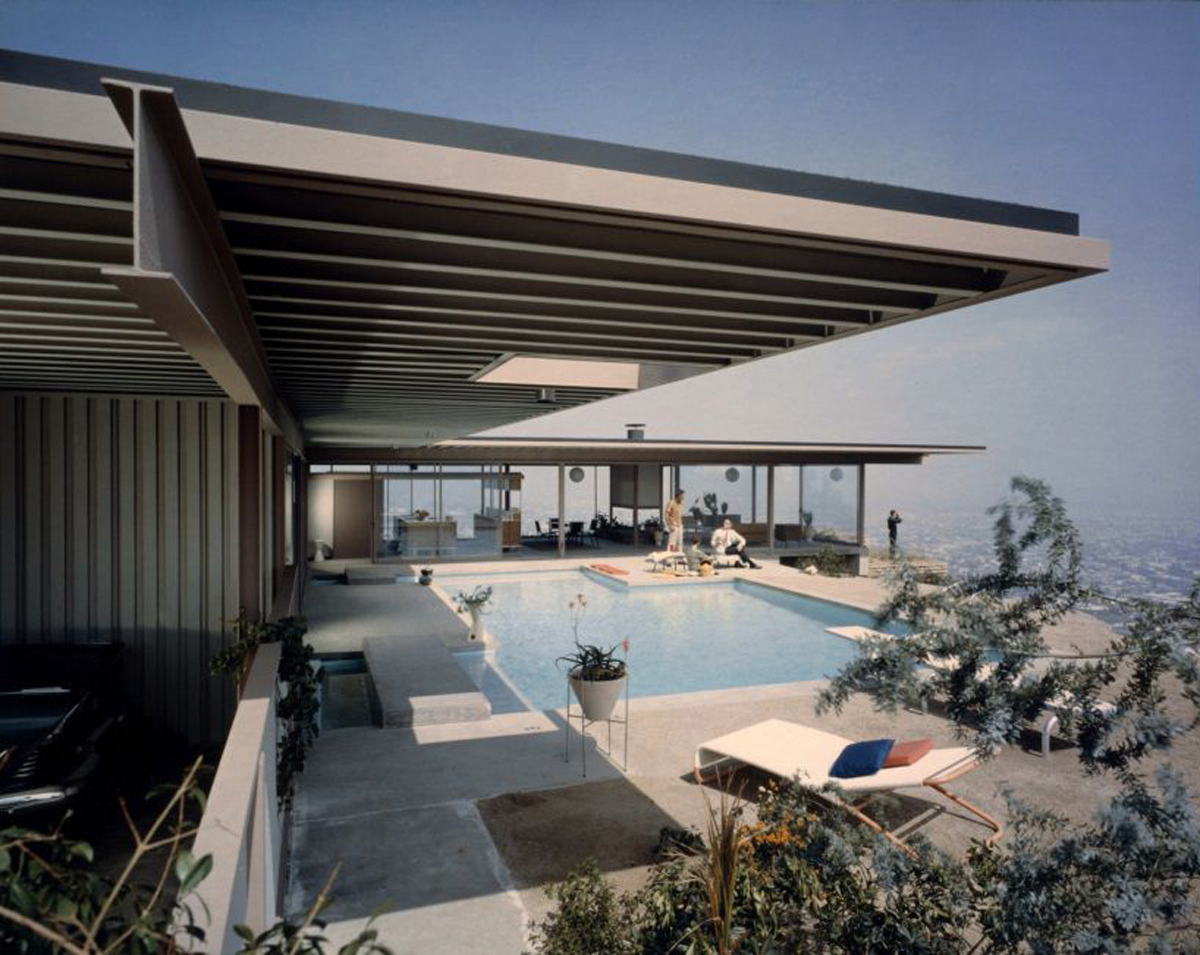 Here you can find the complete map of Case Study Houses in Los Angeles area. During the Modernism Week (15-25 February 2018), many houses that are usually not accessible are opened for visits.

All Case Study Houses have huge glass walls that allow the fusion between inside and outside. Often there is also a pool, the element of water is very important and often directly required by the bank that financed mortgages to raise the value of the final property!

Certainly they were built for the Californian dry and hot climate and between the ’50s and’ 60s the earthquake-proof requirements were totally different. They overheat a lot and often the cooling and heating systems are not “eco-friendly”.

If I could design and build my dream house it would be really inspired by these modernist architectures, full of light and with huge windows that let the landscape enter inside. Of course, you also need the panorama!

Here there is a roundup of my favorite Case Study Houses: 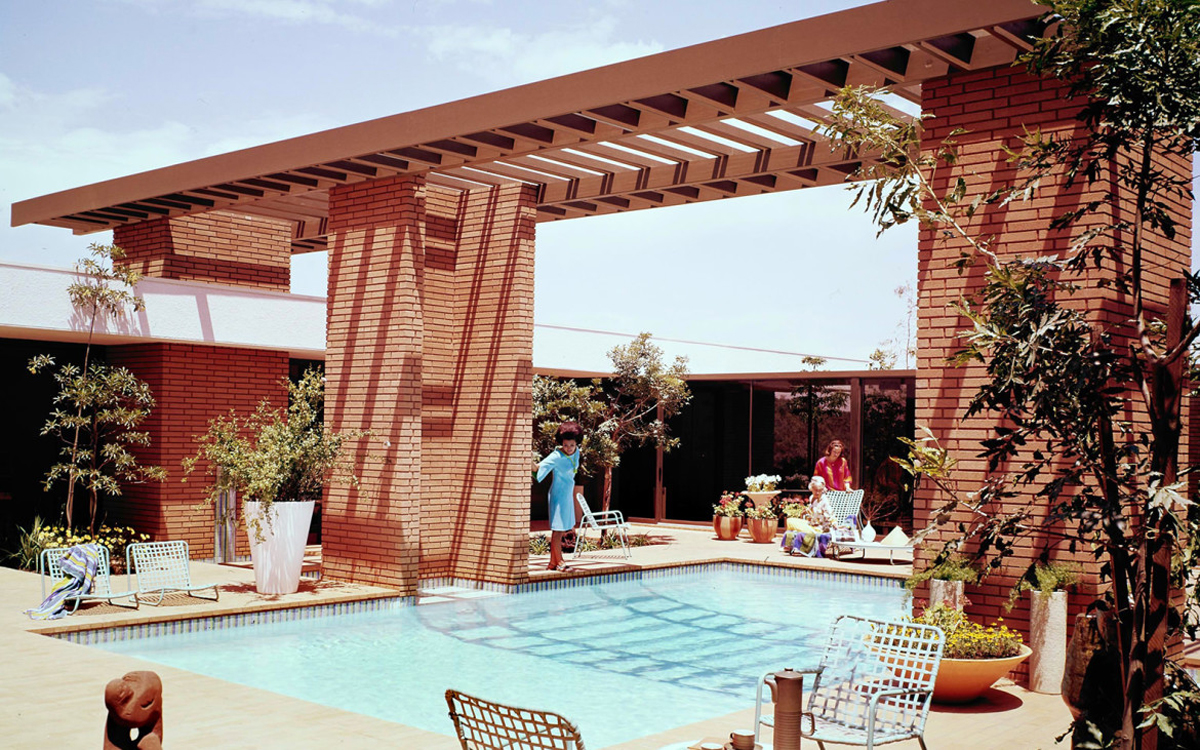 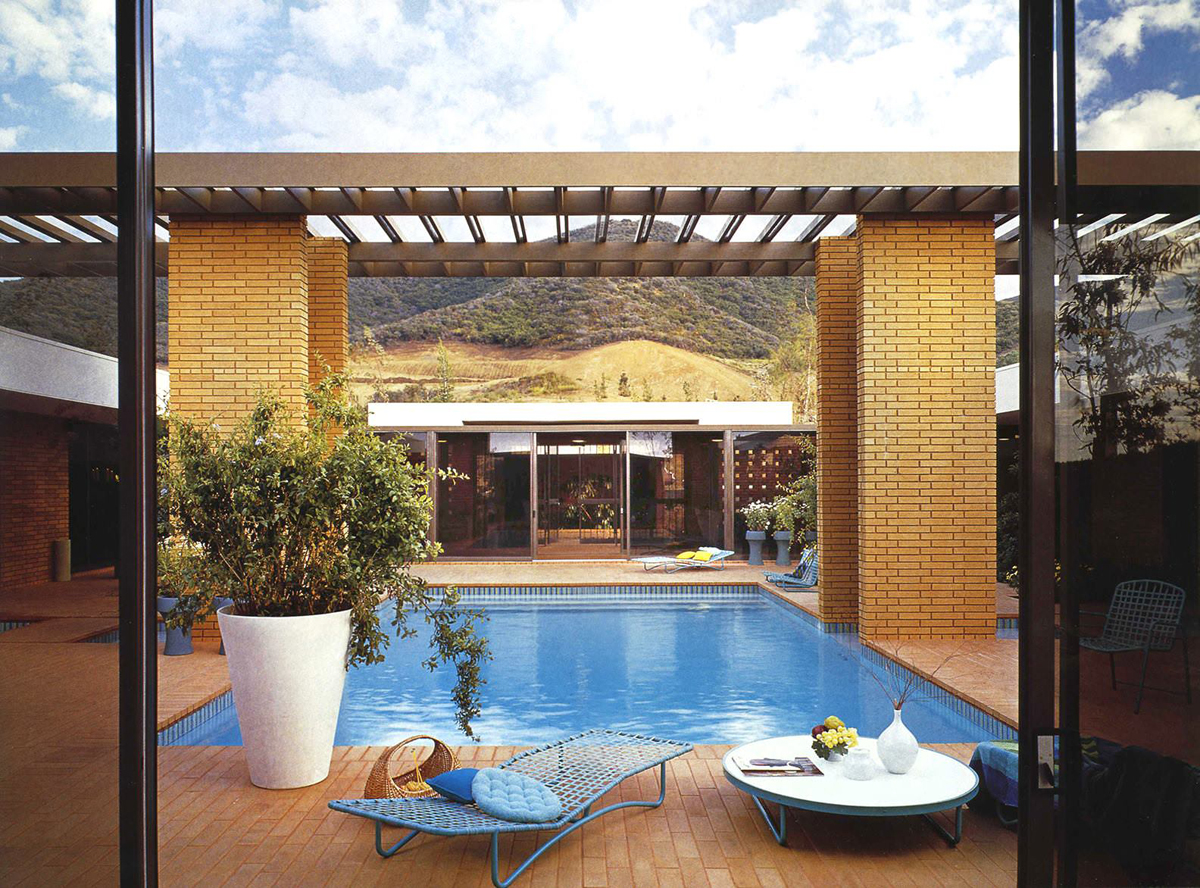 Architect Pierre Koenig, 1958-1960
West Hollywood
You can buy it for about 3 million dollars 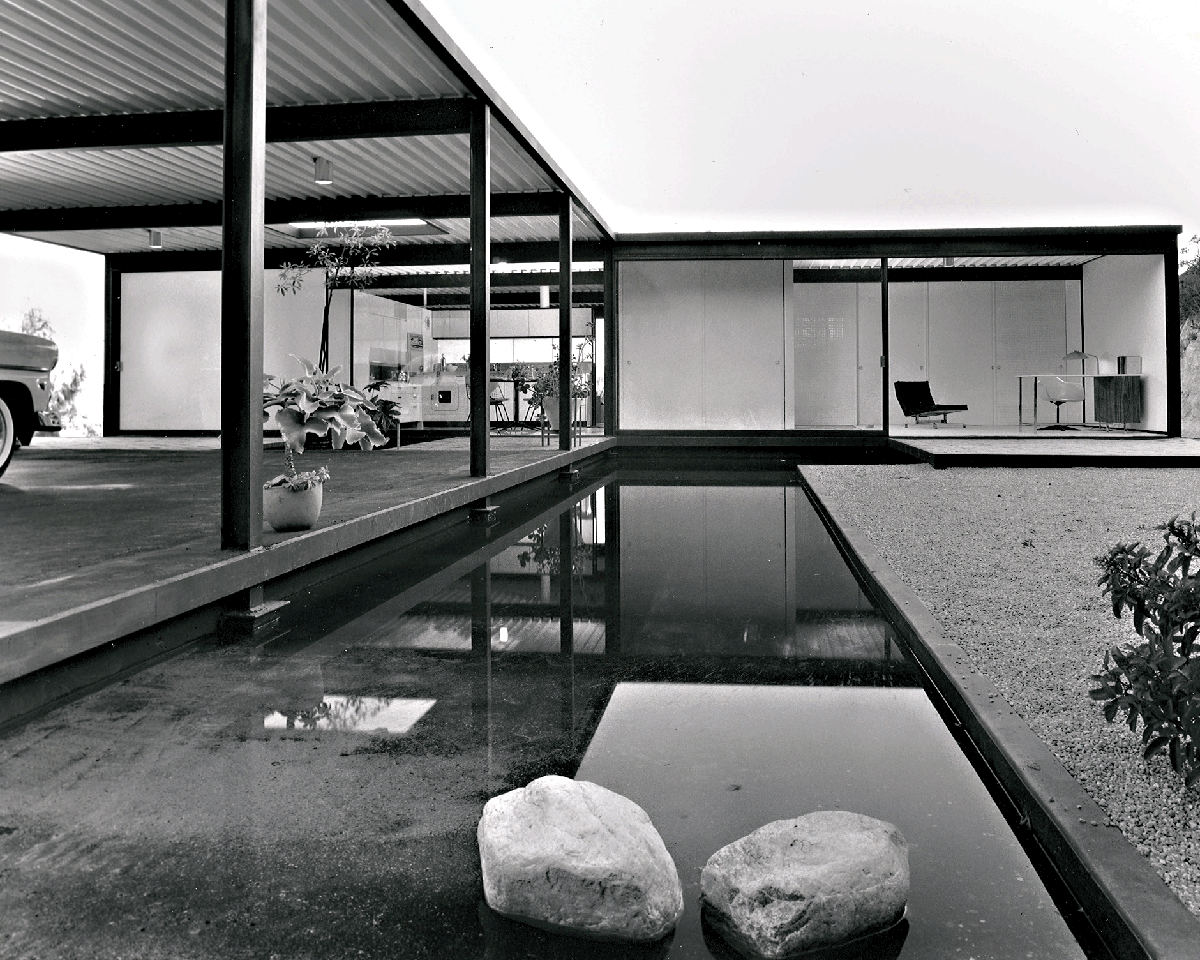 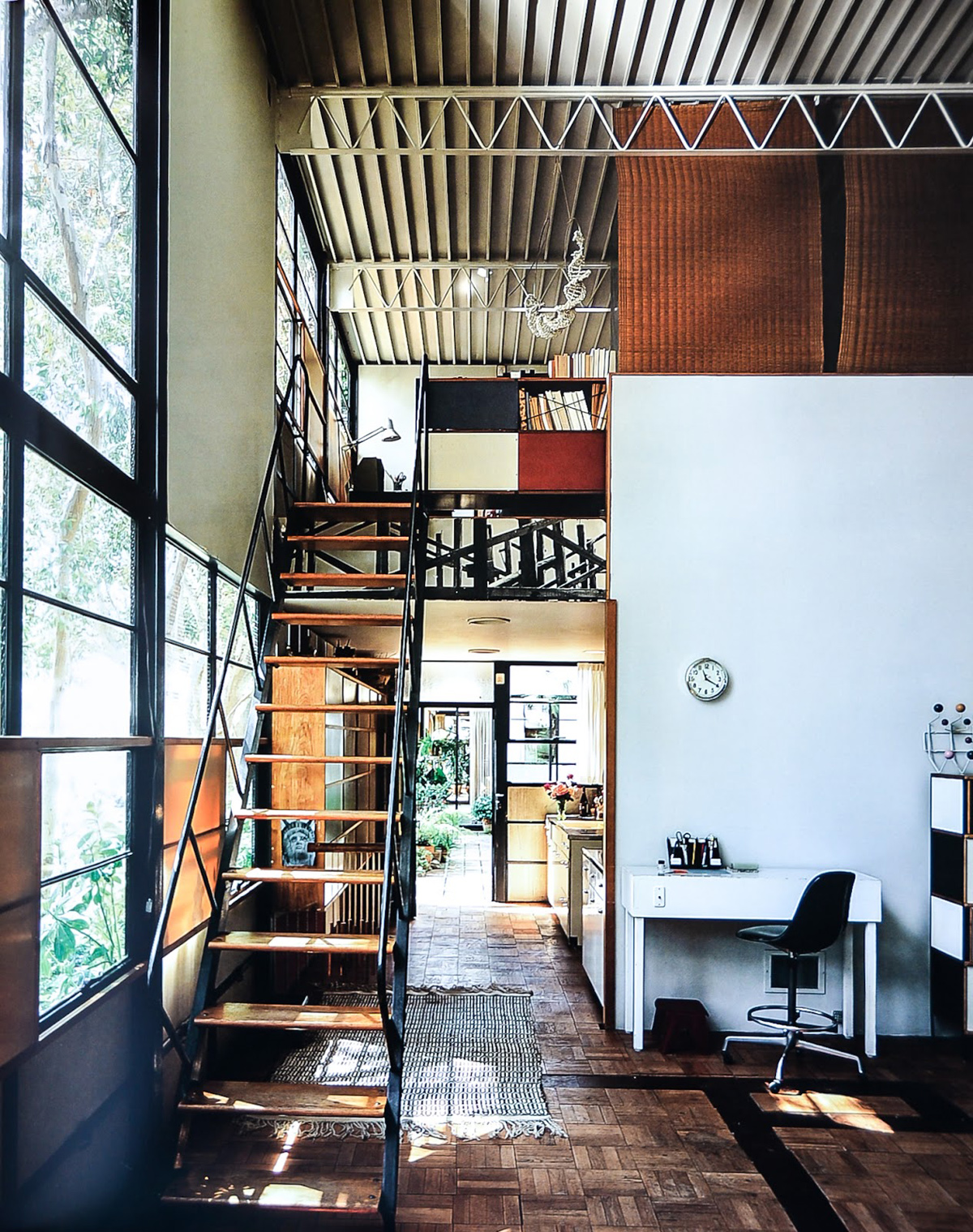 The Eames House was the first Case Study House we visited a few years ago, I wrote a post about it:  “Charles and Ray Eames: the most beautiful love story of design”. 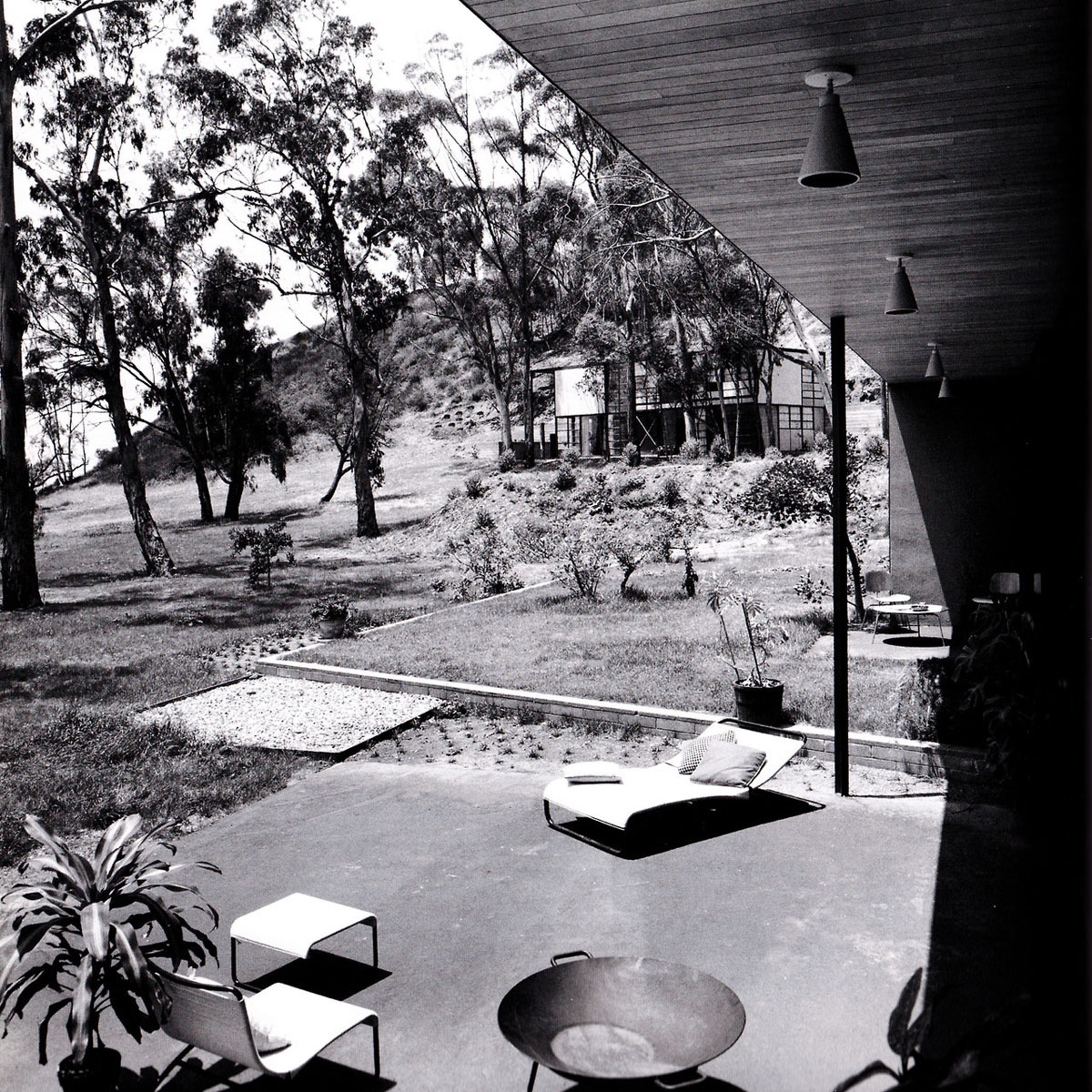 It is news of a few weeks ago that the actress Kristen Wiig – Bridesmaids, The Martian, The secret life of Walter Mitty… – bought this Case Study House in Pasadena, just outside of Los Angeles, for about 3 million dollars. 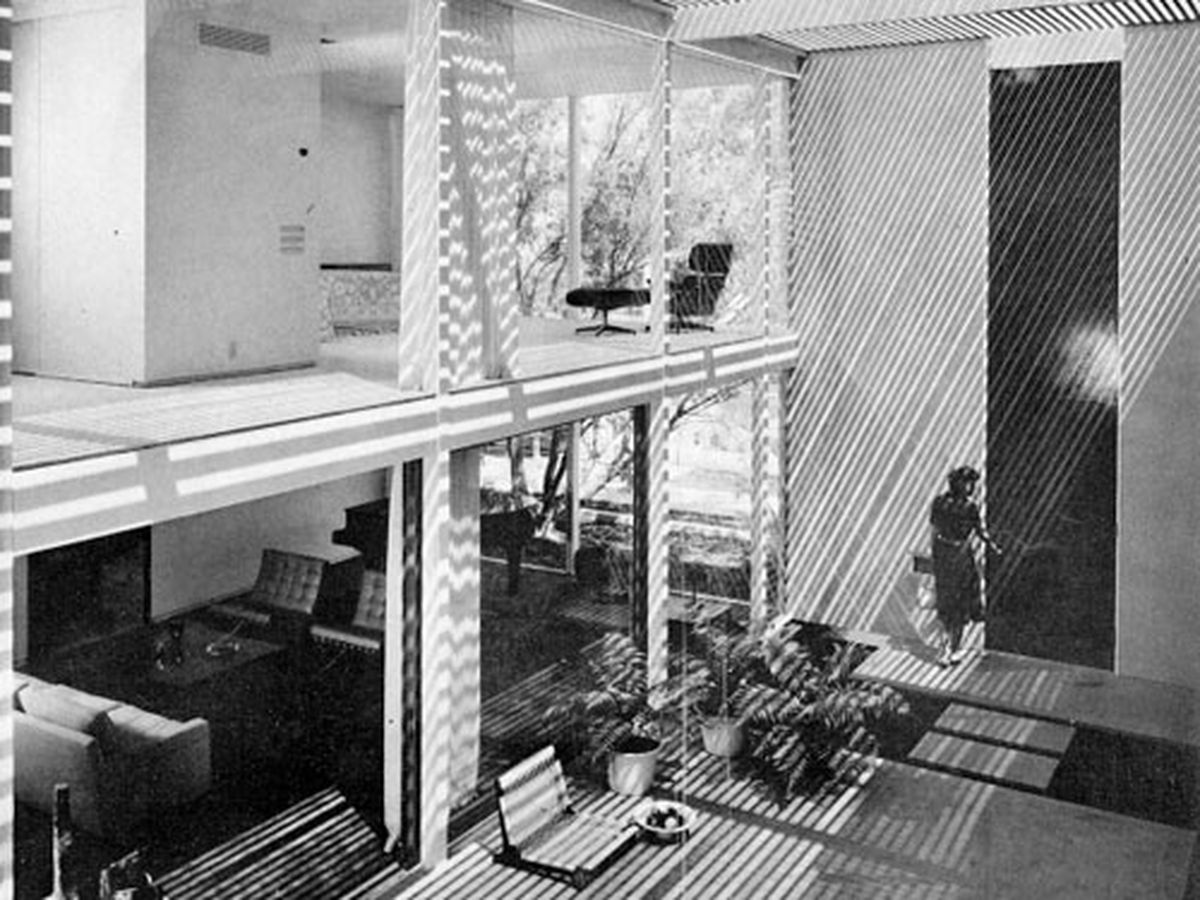 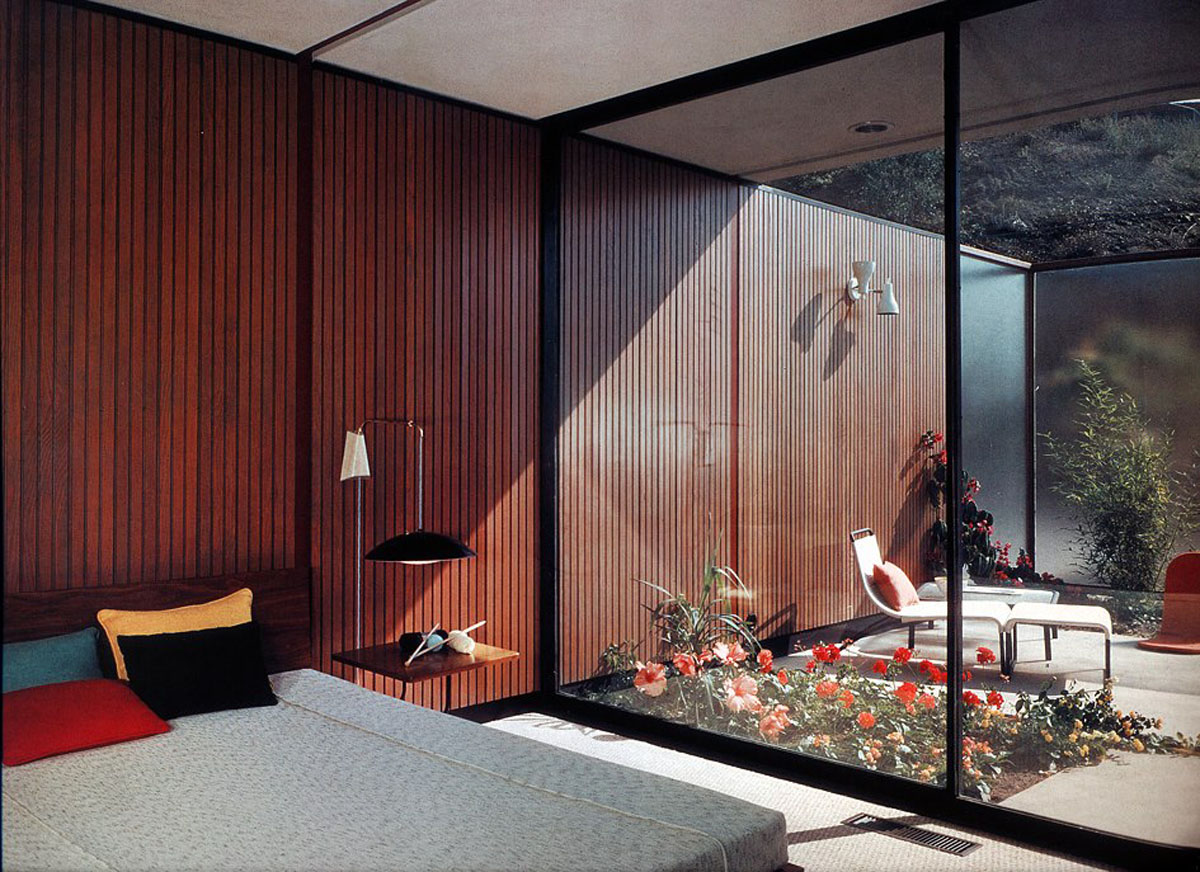 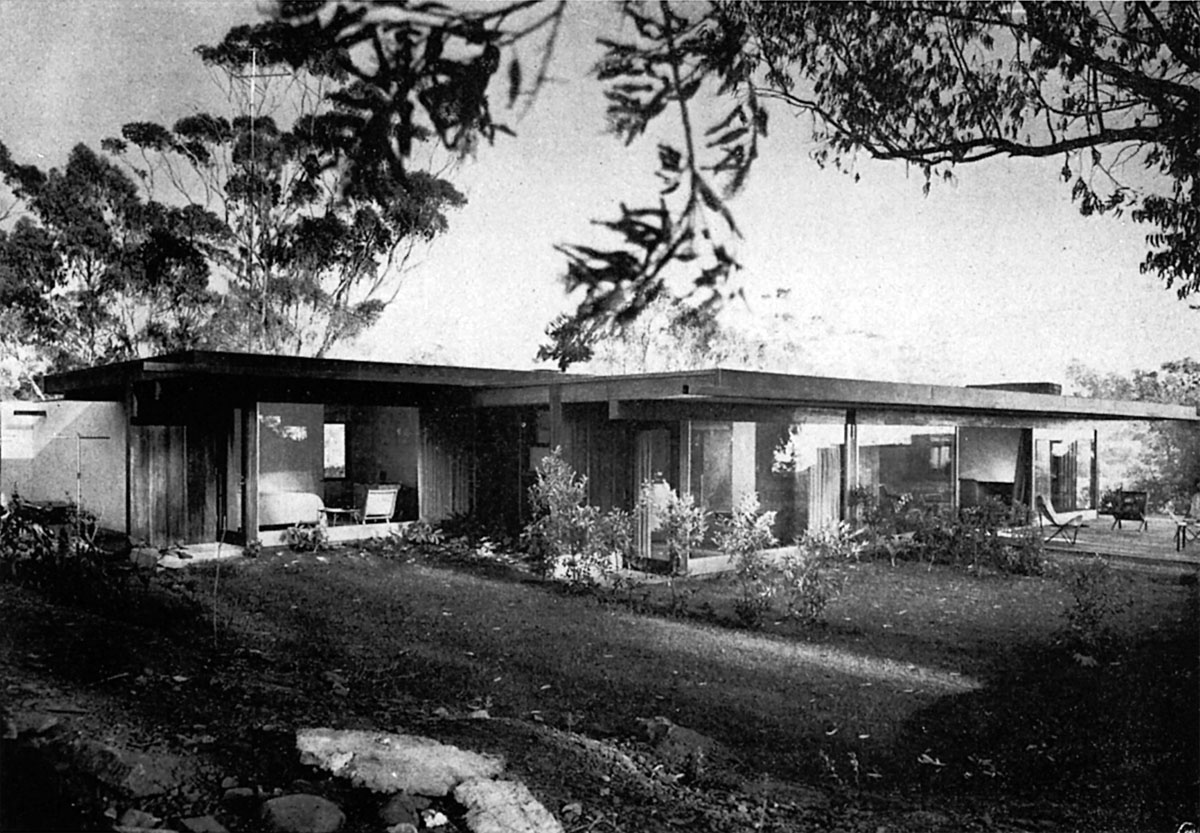 Los Angeles and entire California are the perfect places for those who love architecture and want to plan architectural tours. From the famous villas of Frank Lloyd Wright, here on the West Coast has created the “Mexican” decorativism, to Palm Springs, one of the greatest surprises in the desert. I will tell you about them in the next blogposts!