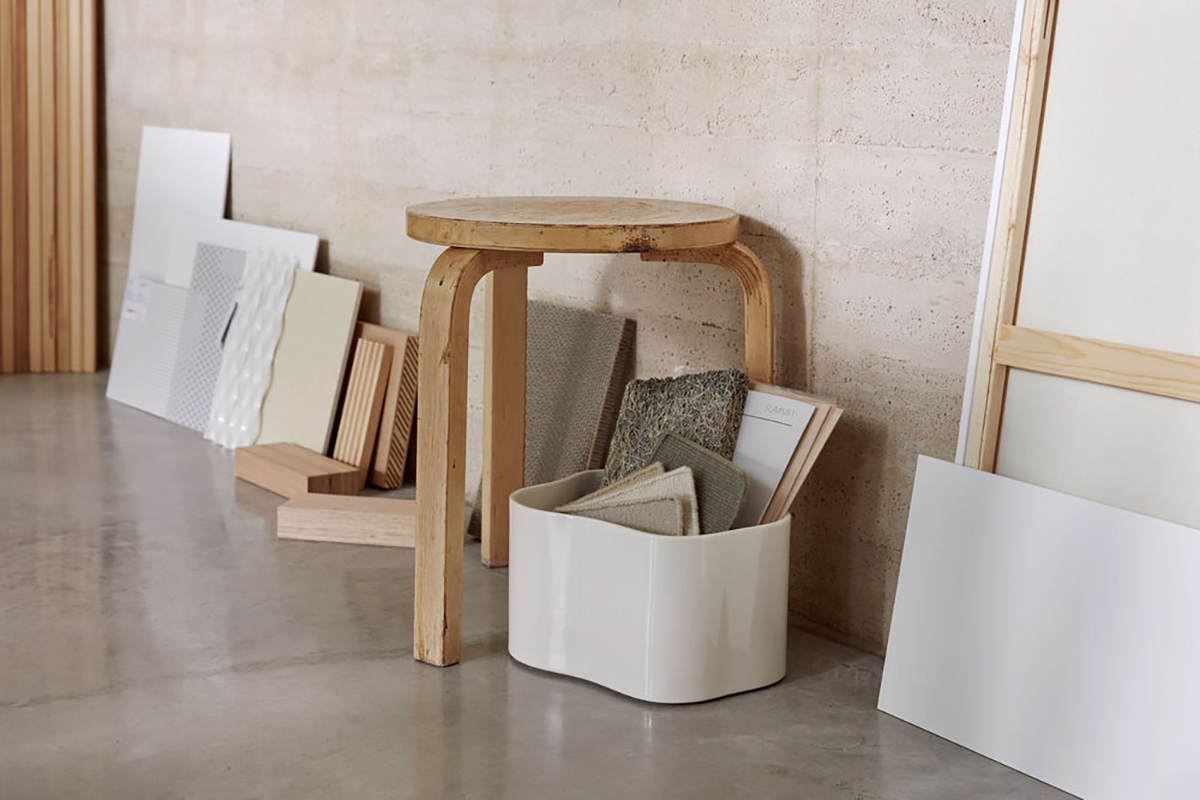 9 things you may not know about Artek: the design from Finland that brought the Scandinavian style into the world

Artek is a Finnish company founded in the 1930s that has helped export Scandinavian design and light birch wood aesthetics all over the world.

Artek turns 85 this year. Here are 9 things you may not know about Artek:

The name Artek comes from the fusion of the words Art and Technology, inspired by one of Walter Gropius’ principles: Kunst und Technik – eine Neue Einheit, art and technology, a new unity.

Artek was born in 1935, its founders Alvar and Aino Aalto, Maire Gullichsen and Nils-Gustav Hahl, were fascinated by the principles of the Bauhaus where the union between art, design and technology was proclaimed. They wanted not only to sell furniture but to promote a new and modern culture of living.
To do this they provided a space for exhibitions and cultural events in their first shop in the center of Helsinki. There was no such thing, Artek was an instant hit.

In 1950 Maire Gullichsen opened the Galerie Artek which remained in existence for nearly 40 years. The work of Gullichsen and Galerie Artek left a lasting imprint on the Finnish art scene by introducing international artists such as Fernand Léger and Alexander Calder.

Alvar Aalto’s experiments with laminated wood had already begun at the end of the 1920s with the Sanatorium of Paimo, a structure to treat tuberculosis that changed the hospital concept and architecture and where the iconic Paimo chair was born.

It was the art historian Nils Gustav Hahl who introduced the Aaltos to Maire Gullichsen, daughter of one of the richest industrialists in Finland.
Hahl was the director of Artek from 1935 to 1941, the year he died in the Winter War between Finland and Russia.

For Maire, Aalto built one of his masterpieces between 1938 and 1939: the Villa Mairea, considered one of the most important buildings in history together with villas Savoye by Le Corbusier and Fallingwater by Wright.

The genius of Aalto’s design for Artek was the idea of standard components that could be used and assembled in different furniture.

Among the most innovative solutions by Alvar Aalto there is certainly the bent “L-shaped leg”: by bending the wood at 90 ° he is able to connect the vertical element of the leg directly to the horizontal element of the seat. An example of the use of this solution is the legendary three-legged stool 60, designed in 1933 for the Viipuri Library, which has become an icon (highly copied) of Nordic design.

Artek remained of the families of the founders’ until 1992 when it was sold to a Swedish investment company and then in 2013 it became part of Vitra.

Today Artek turns 85 and throughout its history it has involved international architects and designers, from Nordic as Tapio Wirkkala and Eero Aarnio to nowadays contemporaries designers and architect like Shigeru Ban, Konstantin Grcic, Hella Jongerius and the brothers Ronan & Erwan Bouroullec.