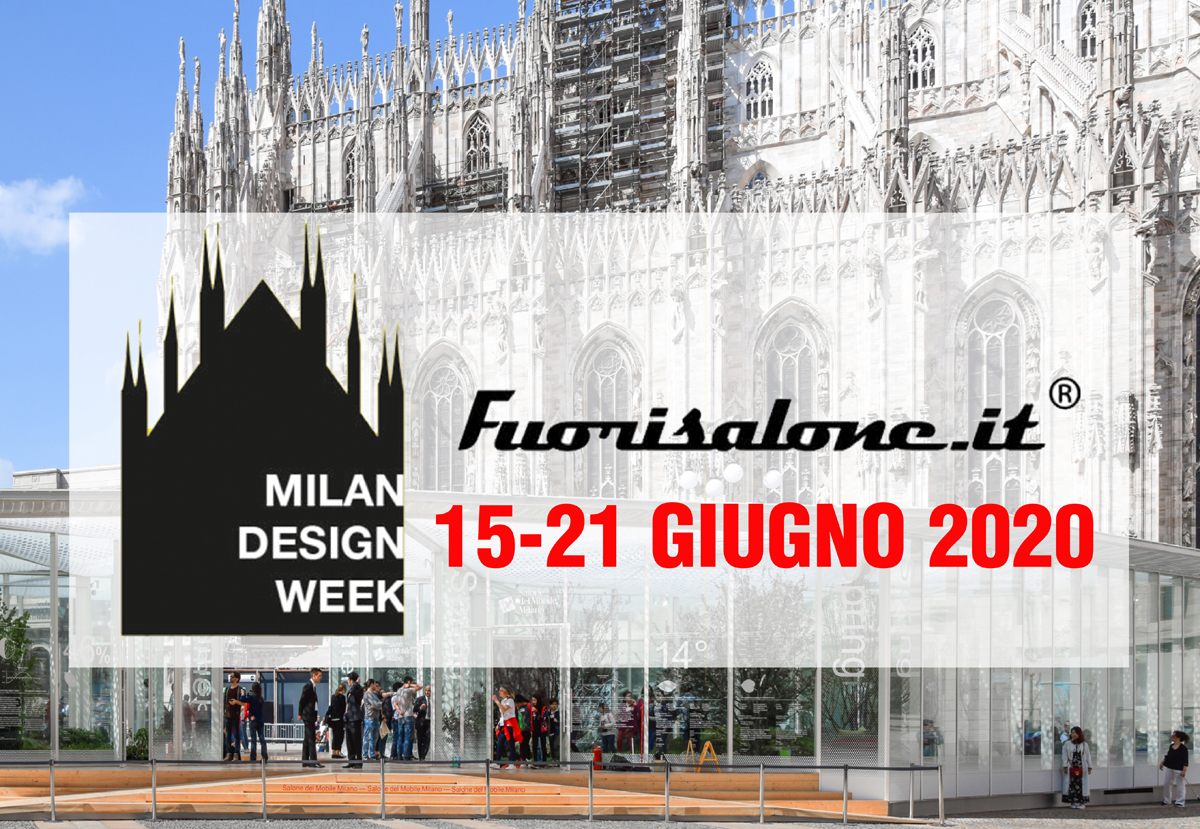 Covid-19 won’t stop Milan and not even the Fuorisalone! With the hashtag #FuorisaloneNonSiFerma Fuorisalone’s coordinators announced new event dates after the Salone del Mobile was postponed in June.

This year the Milan Design Week will take place from 15 to 21 June 2020 and it will be a very special edition!

It will be a special edition because Fuorisalone turns 30 years and also because it is the first time since 1991 that it will not be held in April (did you know that until 1990 the Salone del Mobile used to be in September?). It will be special because it will have an even bigger media exposure, everyone wants to know “how a Design Week in June will be like?”

It was great to see how every design district in town worked together to rearrange the galaxy of events that forms the Fuorisalone, they deeply wanted to keep the event and decided to postpone it as the Salone del Mobile fair previously announced. Postponing a fair, even a huge and important one like the Salone, is one thing; rearrange hundreds of events scattered around the city is quite another.
They checked all locations, companies, designers and partners availabilities and in less than 48 hours they announced new dates.

I asked to Fuorisalone’s coordinators of the main design districts: how do you postpone an event like Fuorisalone? How did companies and designers react? What to expect from the June edition? Here’s how they answered me:

“We cannot make predictions yet, but the numbers tell us that there has been a highly positive response. During 15-21 June in Milan there will also be the men’s fashion week, the main issues is the availability of locations, companies have to adjust their schedule and maybe face economic loss, for someone who had invested in April could be difficult find an extra budget, however 95% of the responses have been positive and we are very happy with this.
We are doing a great job and we have high expectations, maybe something won’t be there, but at the same time something new could also happen!

We promoted the hashtag #FuorisaloneNonSiFerma to let people know that we strongly want the event to take place, we believe in it, we work for it, and we want to reassure exhibitors and visitors. In a few hours the whole year’s work was put at risk but we are sure we want to do it and do it with a networking spirit.” 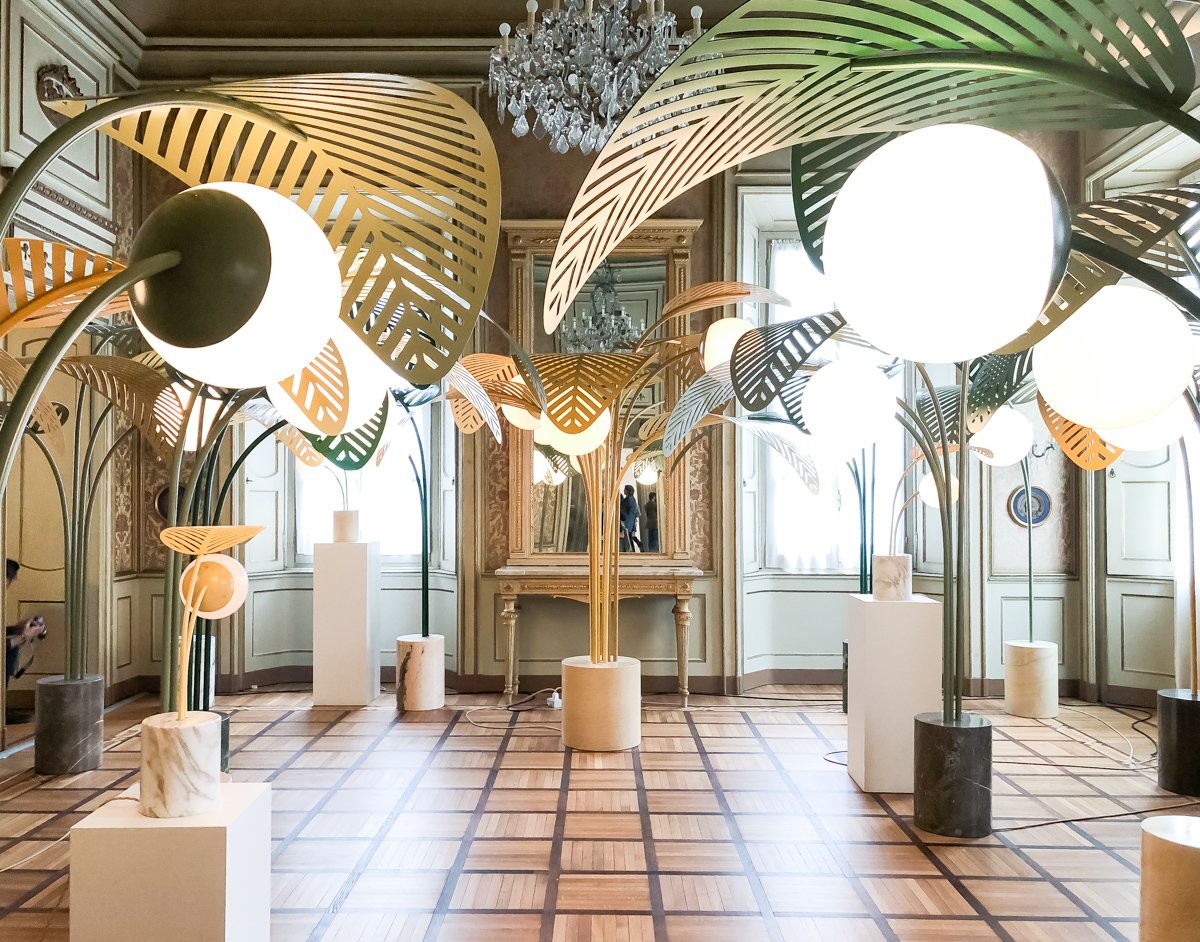 “For those who work in the design field, this is a huge change, especially in less than two months from the event, when everything was scheduled after months of work. It means rescheduling the calendar, reassure the exhibitors, check their availability, check the locations availability, all this and much more still in a moment of uncertainty. It is a great challenge, but Fuorisalone is the most important design event in the world and we are professionals, we have taken action in a short time, also working with the other coordinators, in order to make the transition to the new dates as smooth as possible.

Companies and designers who will exhibit with us have reacted with great understanding and support. Some exhibitors felt relieved, for others it means having a little more extra time to organize the event.” 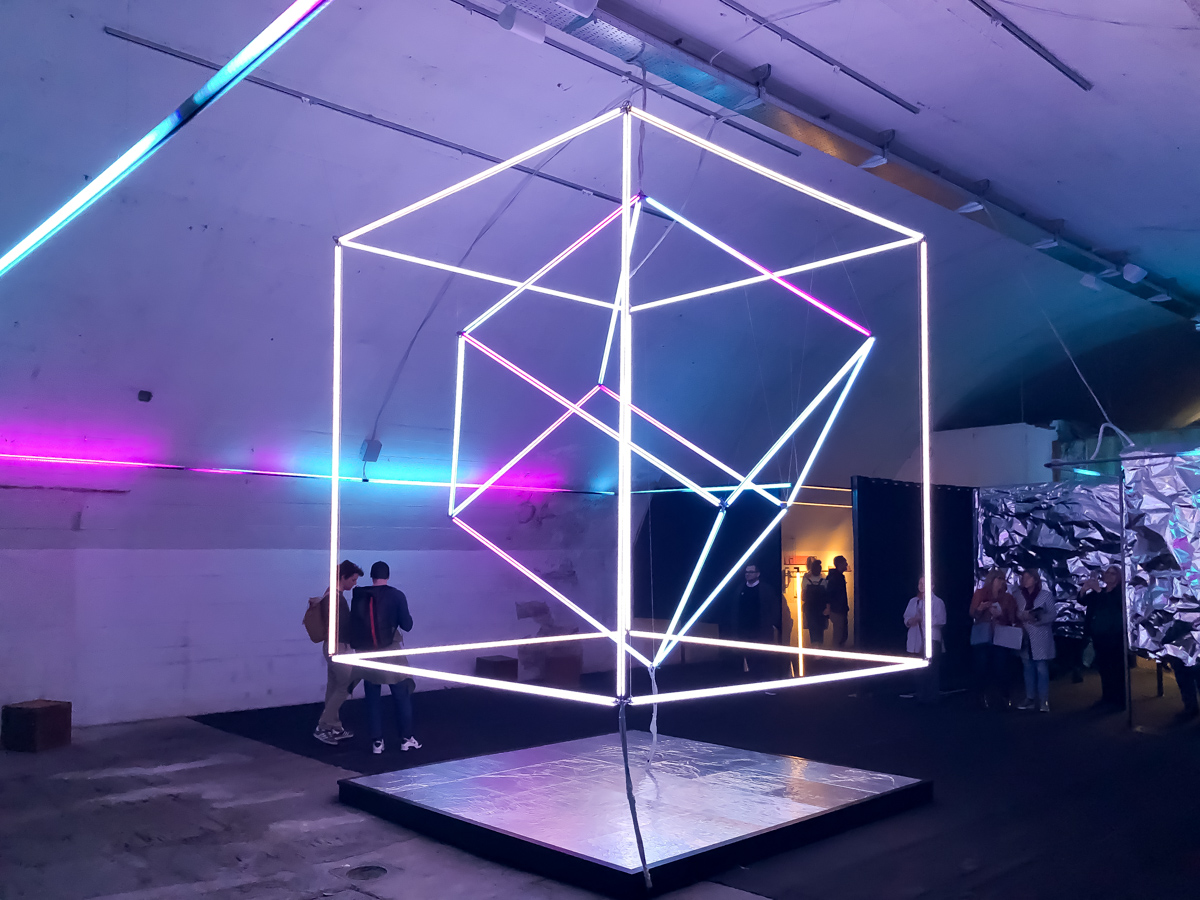 “Postponing the Fuorisalone in June is an opportunity, of course there will still be some uncertainty as Covid-19 is spreading in Europe, but this edition will be very important, with great media exposure. It will also be a strong message from an Italy that gets back on its feet, we are working together, design districts coordinators, companies, partners, tour operators, we all want to keep Milan Design Week the most important one in the world.

In our district we don’t have the issue of locations availability, we are working hard rescheduling all the events. We are doing our best to make a beautiful Fuorisalone edition!” 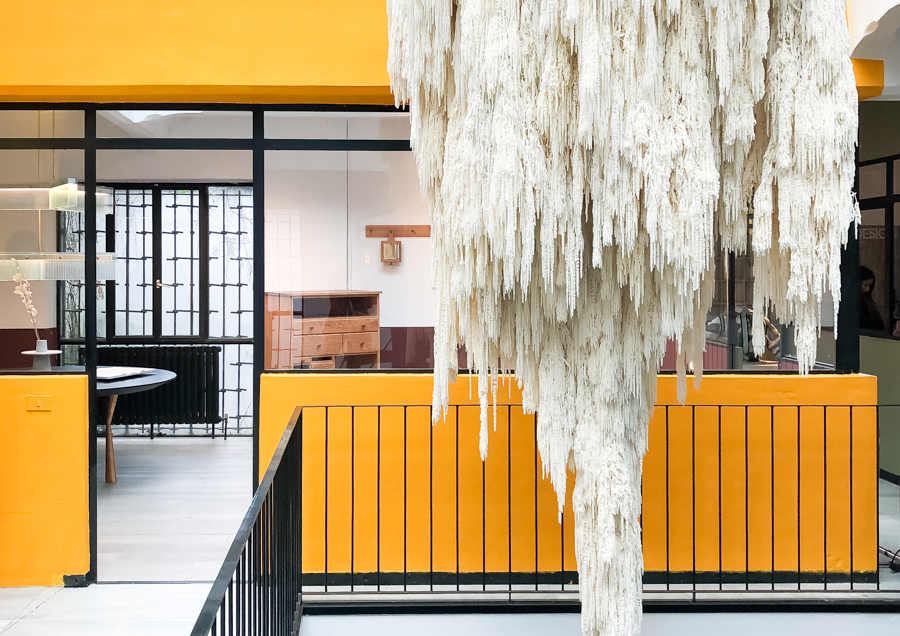 Nicole Uniquole, founder and curator of Masterly – The Dutch Pavillion

“When I heard about the problems in Italy with the Coronavirus I already started with plan B, as I am a very organised person. I informed all my participants and contacted our locations in Milan for the possibilities if the Fuorisalone would be postponed.
I think it was a wise decision to postpone this yearly design event. There would be too much uncertainty in April and a much greater risk that participants as well as visitors and press to cancel their trip to Milan. Cancellation of the Salone is in my opinion never a good option and a delay to June is the best possible solution.

I called all the designers the day after the announcement, and 85% of them already had rescheduled their flights and hotels! They told me that the hotels did not charge extra costs so they where all in a good mood when I spoke to them on the phone. The Dutch Pavilion is a joint project with more than 100 designers and companies, so we are really strong together. Everybody wants to make it a success. I did not receive any cancellation. Not one. One designer wrote me a whatsapp: ’Nicole, where you go, we go’. And we will go to Milan.

I think it will be a splendid summer event in Milan. Our courtyard and roof terrace at Palazzo Turati with Duomo view will be filled with design, and now, for sure: in the June sun shines! And for me personally, I like the idea that in the same time there is the Mens’ Fashion Week, the city has such an elegant touch in that timeframe. I’m an optimist.” 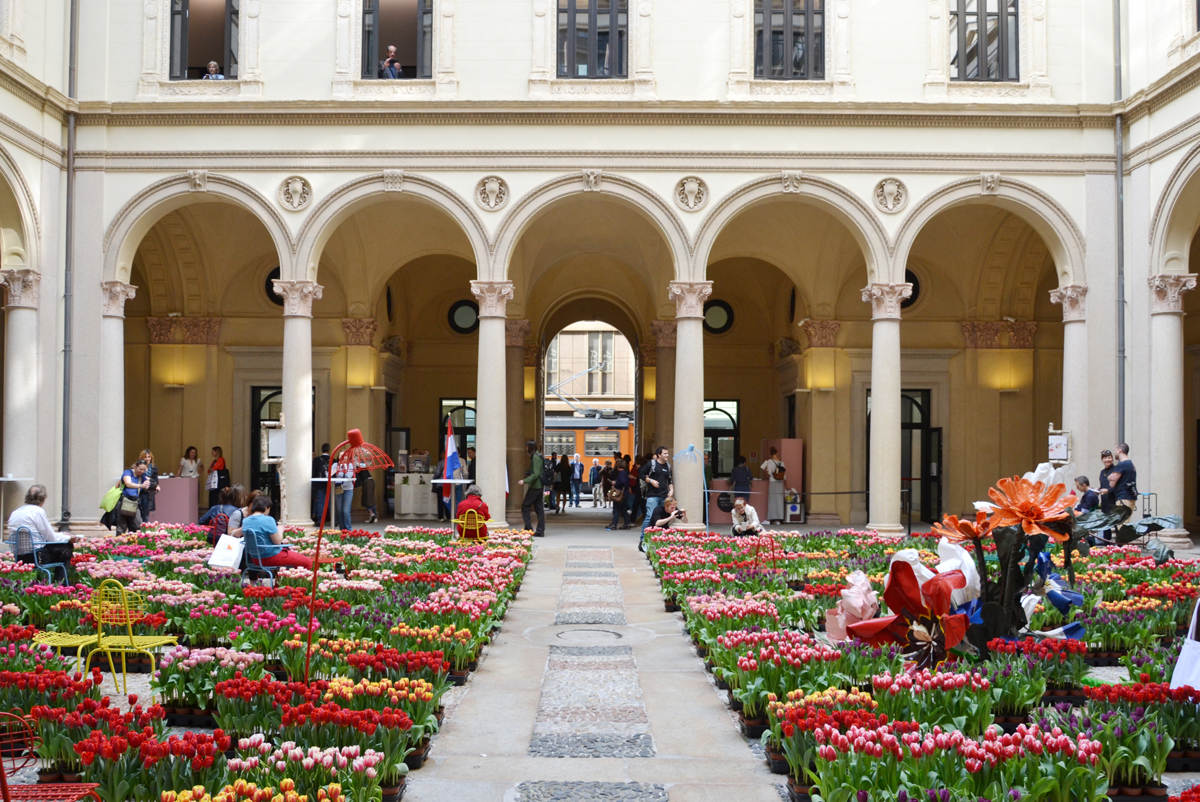 “Postponing the Fuorisalone is a great team effort: we are moving the work of a whole year to June, we are a hub between the district, institutions and international companies. Rescheduling 20 projects is not simple – we have to work combining locations availability and even site specific installations – but there is a lot of collaboration and almost all the exhibitors have confirmed their presence.

The Tortona district is always live all over the year, beyond design we have fashion and in that week we’ll have Men’s Fashion Week too but can also be an opportunity for new creative contaminations.

It will be a great edition that will also bring many opportunities for tourism in Italy, June is a perfect month to visit our beautiful country! A great message for whole Italy, led by our Design Week!” 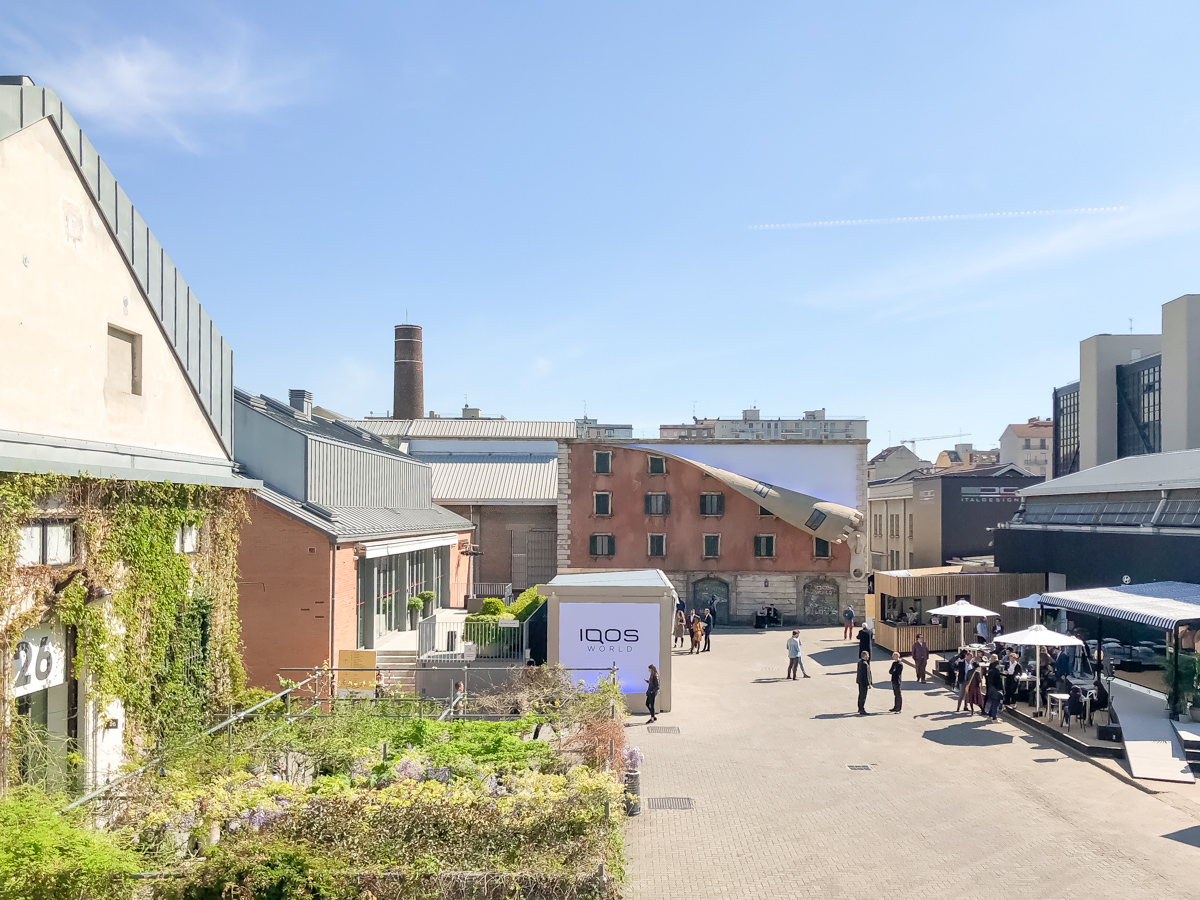 Almost all the exhibitors, from all over the world, reacted unanimously, showing immediately support, confirming their presence with even greater enthusiasm. The “extra time” will be useful to develop new projects and make Fuorisalone even better.
We only received a couple of cancellations not due to Coronavirus but to previous companies’ commitments.

The Fuorisalone, together with the Salone, involves the whole city of Milan, which now more than ever, wants to react. We are receiving requests from companies that had not booked for the Fuorisalone and now they want to be part of it.
The good Summer weather will also be a nice touch to a great event.” 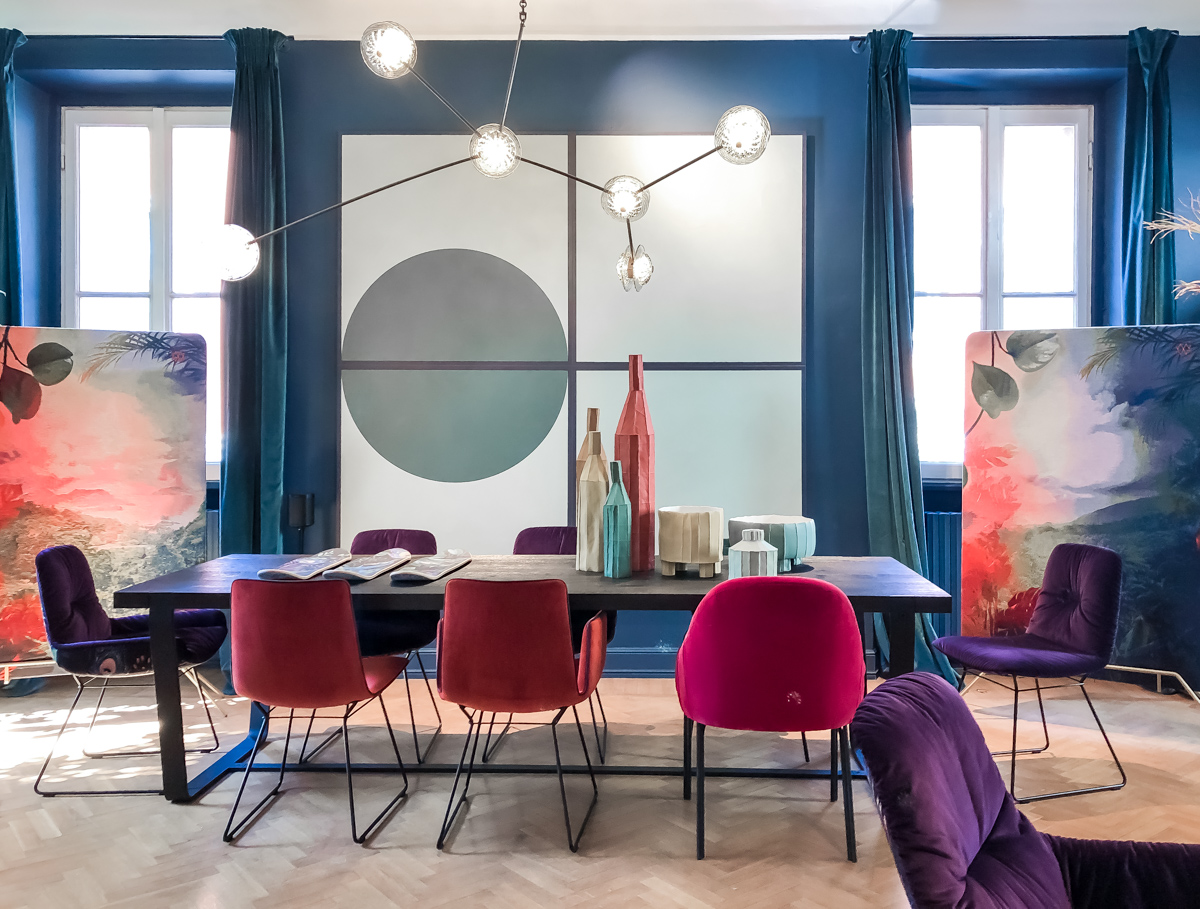 “We were prepared for this possibility, we had also foreseen June as the ideal month for the postponement due to Coronavirus. The decision did not particularly affect our work, on the contrary. The most complex part was to promptly contact and coordinate locations, designers, companies and events, but we managed it effectively.
Apart from some reactions of surprise, I must say that they all responded very well and we have not registered any cancellation so far.
It will be the most beautiful Fuorisalone ever, the nice summer weather will give a unique experience to visitors from all the world!” 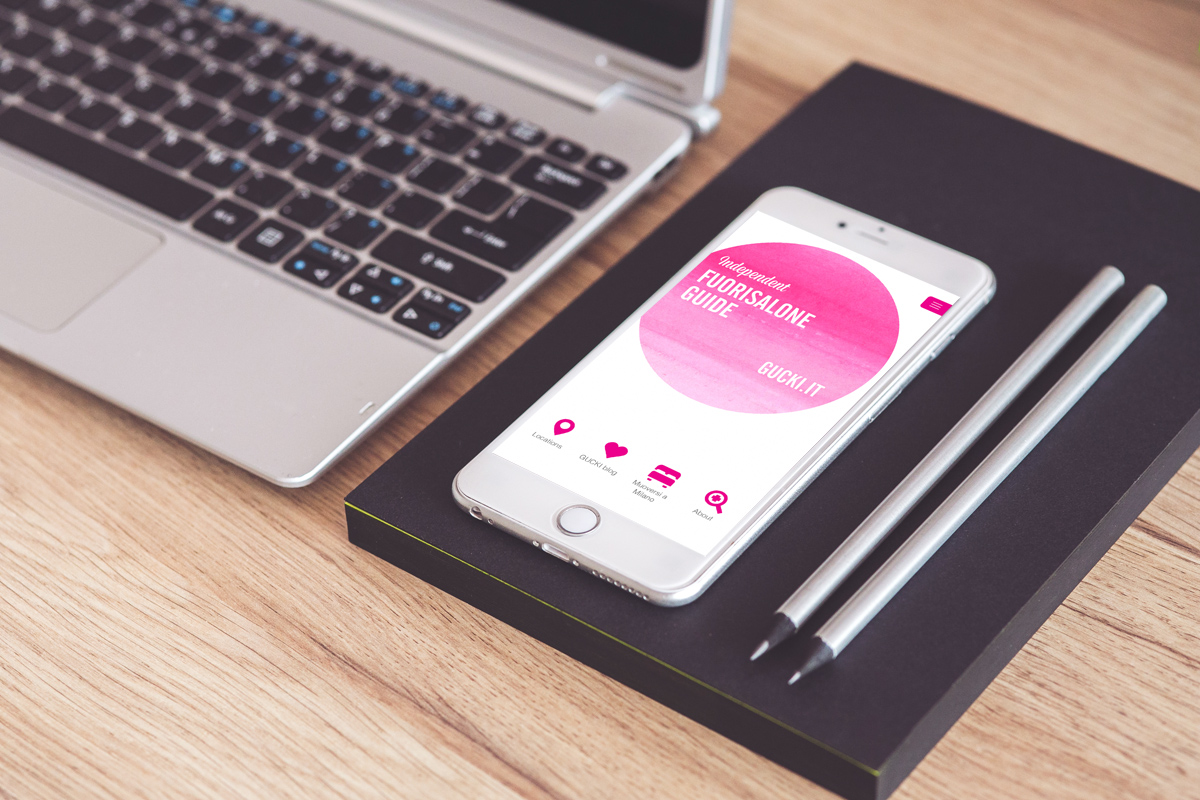 And now it’s my turn, as number one enthusiast of the Fuorisalone event. Postponing it in June is comforting and cheers me up. I agree with all of them, it will be a special, different, important edition, we will remember it for sure!
In my own small way I have already began working on my App “Fuorisalone Gucki Guide”, my personal and independent guide to all the most beautiful events and locations of the Fuorisalone. I have big ideas and having some “extra time” until June, I would also like to think about something new. If you have any wishes/suggestions, write to me!

Ventura Centrale and Ventura Future: what to expect at Fuorisalone…

6 essential things to be organized at Salone and Fuorisalone