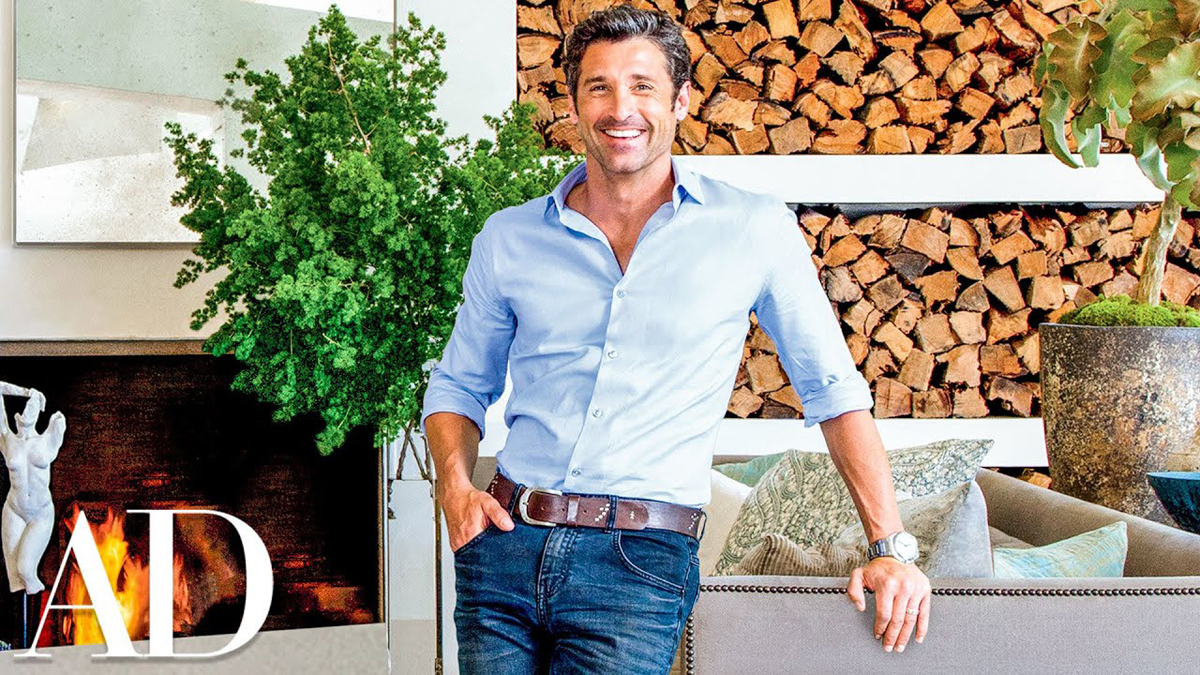 In 2009 Patrick Dempsey with his wife Jillian bought for 7 million dollars this wonderful house in Malibu, California, designed by architect Frank Gehry between 1968 and 1972. They were looking for a house with some land and an architectural significance.
Built for the American abstract painter Ron Davis, it was designed to combine studio space and his home.
At the time Gehry was still a young architect experimenting with materials, the corrugated metal facade is an example.

They had to rearrange the spaces to transform the initial studio space into a home for a family with three children. Frank Gehry was called up to do this. It was the first time that he had reworked one of his projects. The result is a large 510sqm loft immersed in the wonderful California light.

I really appreciated how the decoration followed the functionality: the huge size of the space and three little kids, make the house quite noisy, a wall of wooden logs is a hyper decorative solution but also very functional because it’s able to absorb noises. An idea to keep in mind!

Derek and I had a long love story, finding out that he’s also passionate about architecture just confirms our love.

I loved the beautiful outdoor space, the swimming pool surrounded by a recycled-wood deck, the vegetable garden and the farm animals! There is also an Airstream trailer with the distinctive shape of its rounded and polished aluminum coachwork (Derek had it too, remember ?!).

But unfortunately it is not a happy ending story, in fact in 2015 Patrick Dempsey and his wife divorced and the house was listed for 15 million dollars.

The story becomes even sadder: after being sold the house was destroyed during the “Woolsey Fire”, the fire that, at the end of 2018, in California burned 40,000 hectares of land, destroyed 1,643 buildings, evacuated 295 thousand people and killed 3.
This was a house where I would move immediately, a dream house that will now remain only a dream.

Here you can see all the photos of the house published by AD Architectural Digest magazine in 2014.

Are you still thinking about Grey’s Anatomy? Then take a look also at Meredith/Ellen Pompeo’s house! Totally another style, much more classic, very Hollywood style, built for a silent film star in the 1920s:

Here you can read the blog post I wrote about the “little” cottage of Meredith/Ellen Pompeo at the Hamptons!