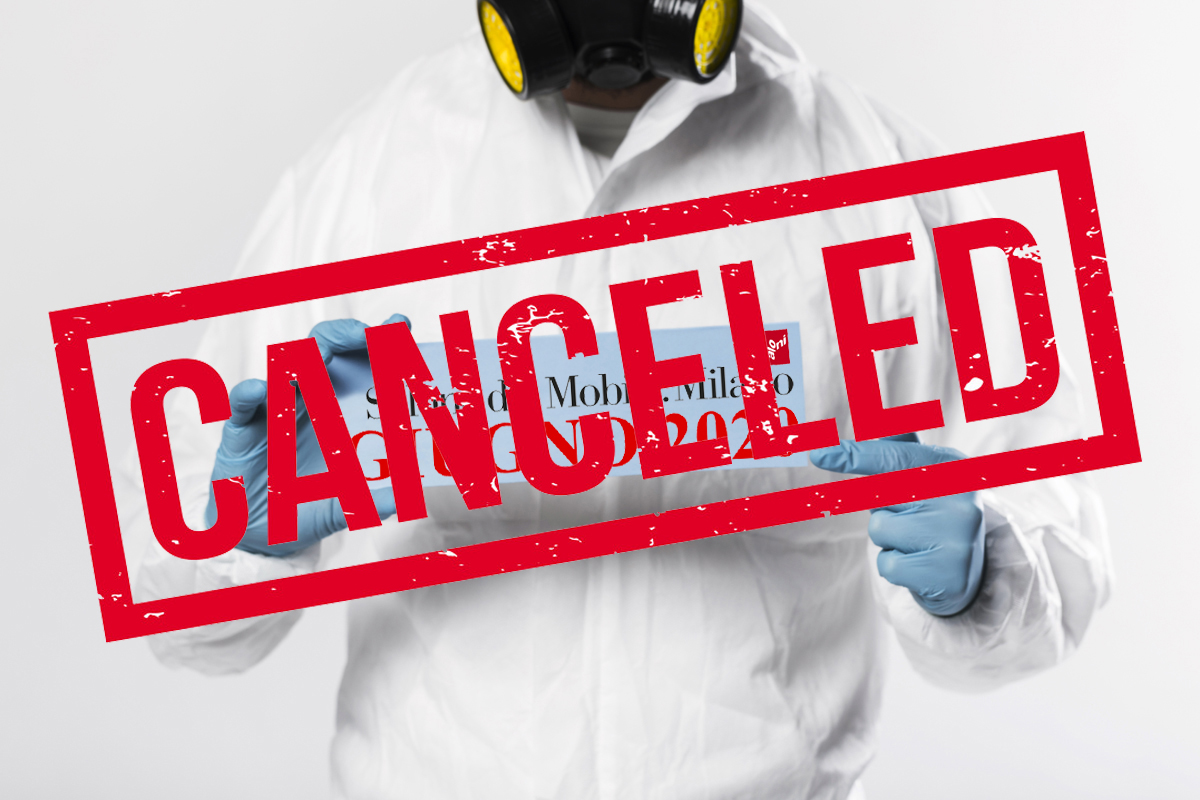 Salone del Mobile 2020 canceled: what to expect and how the digital could become the only option

It’s official: the Salone del Mobile has been canceled due to Coronavirus.

At first they postponed the event from April to June. In late February, when the new dates had been announced, it seemed reasonable reprogramming. Then things degenerated and now it is no longer “let’s postpone it because nobody will be here from Asia”, now it’s “let’s cancel it because nobody will come”. The risk is too high.

No hope of postponing it further. The new dates have already been announced: 13-18 April 2021. It will be the 60th edition of the Salone del Mobile. 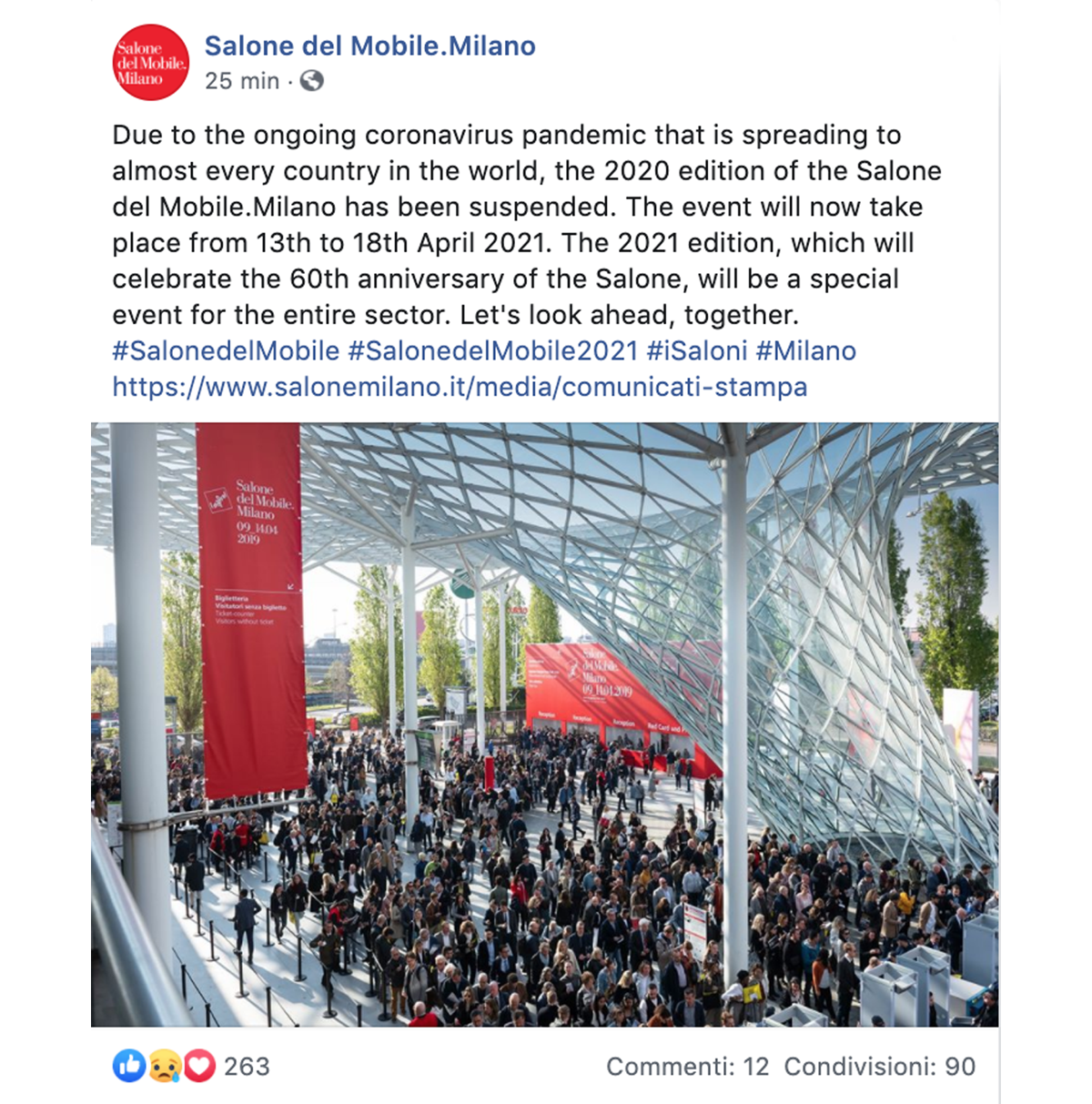 What now?
The British magazine Dezeen had launched – and then stopped everything because accused of “looting” – the idea of turning it into an online fair. After the due apology and explanations (“sorry, we absolutely did not want to disrespect Milan, steal its name and take advantage of the free slot of time. It was just an idea, let’s do it together, does anyone have ideas?” Here you can read the full text and here the comment of the Domus Editor in chief Walter Mariotti) the lunch of the event turned into a collective brainstorming looking for ideas and alternative solutions.

Now that the Milan Design Week will not be postponed but has been officially canceled, the proposal for an online fair becomes a desirable alternative if not the only way possible at the actual moment.

Companies, brands and designers have projects ready, new collection to present, how to do it without the most important design stage in the world? They often work on special projects, the most important, to be at their best in Milan. What now?

Many are certainly thinking about some way to find some benefit from the situation but I believe that this difficult moment requires respect and that if there any other way to make the Salone del Mobile and the entire Design week possible, it has to be the official way. If an online initiative could take place, then it must be guided by the Salone’s organizers. Same thing for Fuorisalone. It is not enough to turn the fair into a digital display.

This is the chance for design to draw itself and rethink the way and the space it presents itself.

I believe this is the possibility of creating something new and never seen that could change and make the event global.

It should be taken into consideration that events such as the Salone do not live just to present the new collection to the public but rather to do business. The digital version should therefore keep it in mind and make this and important aspect by creating a new way to do business.

All this must try to make up for the cancellation of the 2020 Design Week and turn into a tool to support future editions. The digital world must support and, in cases of extreme emergency, it can try to help providing for it, but it will never be able to replace the real version equally.

In the digital era, the era of globalization and technology, all this maybe can become reality!