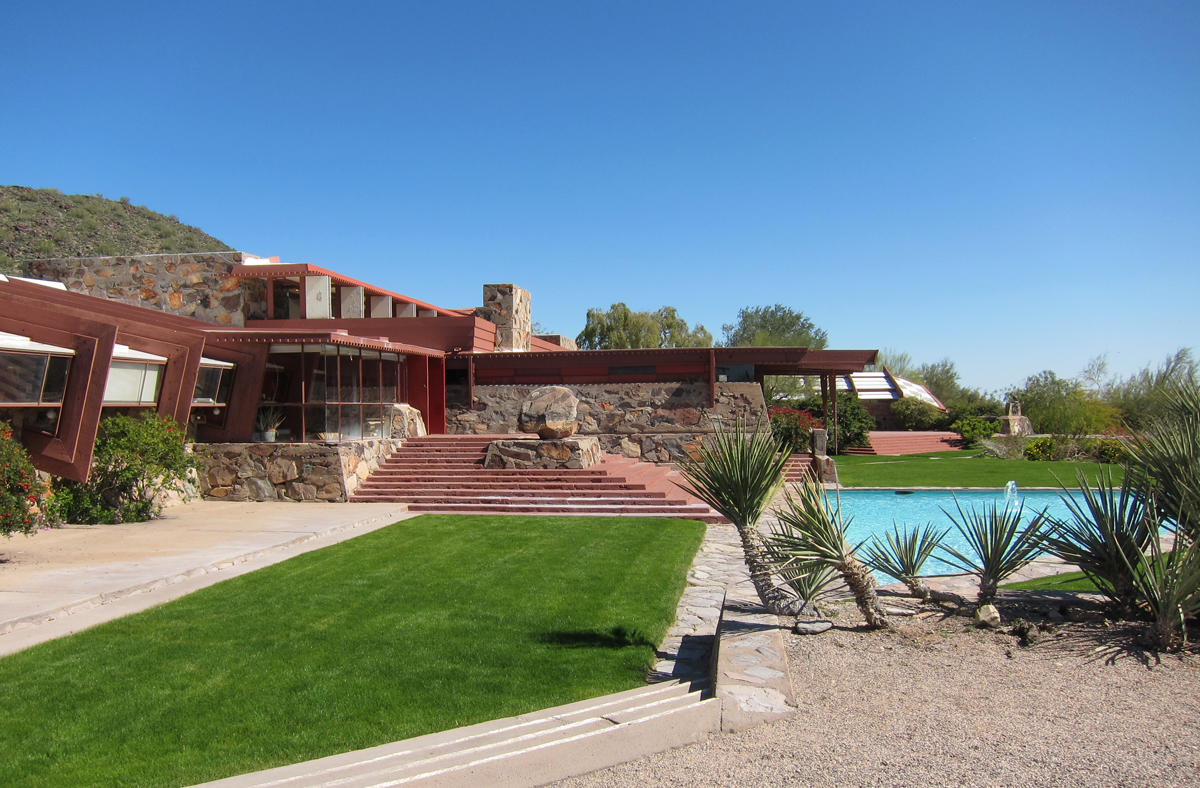 After almost 90 years since its foundation, the school of architecture at Taliesin, founded by the father of American modernism Frank Lloyd Wright, will close next June.

Frank Lloyd Wright founded Taliesin school in Scottsdale, in the Sedona desert, Arizona, in 1937, he worked and lived there until his death in 1957.

There are two Taliesin: North and West.

Taliesin North was the first to be built by Wright and is located in Spring Green, Wisconsin. “Taliesin” is a Gaelic word meaning “sparkling peak”.

Maybe not everyone knows the tragic story of Frank Lloyd Wright’s private life. At the beginning of the 1900s he gave scandal leaving his wife and six children for Martha “Mamah” Borthwick. The two fall in love while Wright was designing Mamah’s home in Oak Park, Chicago. After spending some time together in Europe, Wright built the Taliesin North in Wisconsin as a safe place where they could live out of the spotlight. Here, however, on 15 August 1914, while Wright was in Chicago working, a violent massacre took place: a servant killed Mamah and his two children, John of 12 and Martha of 8 years old, with an ax and set fire to the house killing others six people. The real reason was never discovered, there were rumors of racial slurs, or an imminent dismissal and even a punitive action pushed by the sermons of the Puritan preachers against adultery. 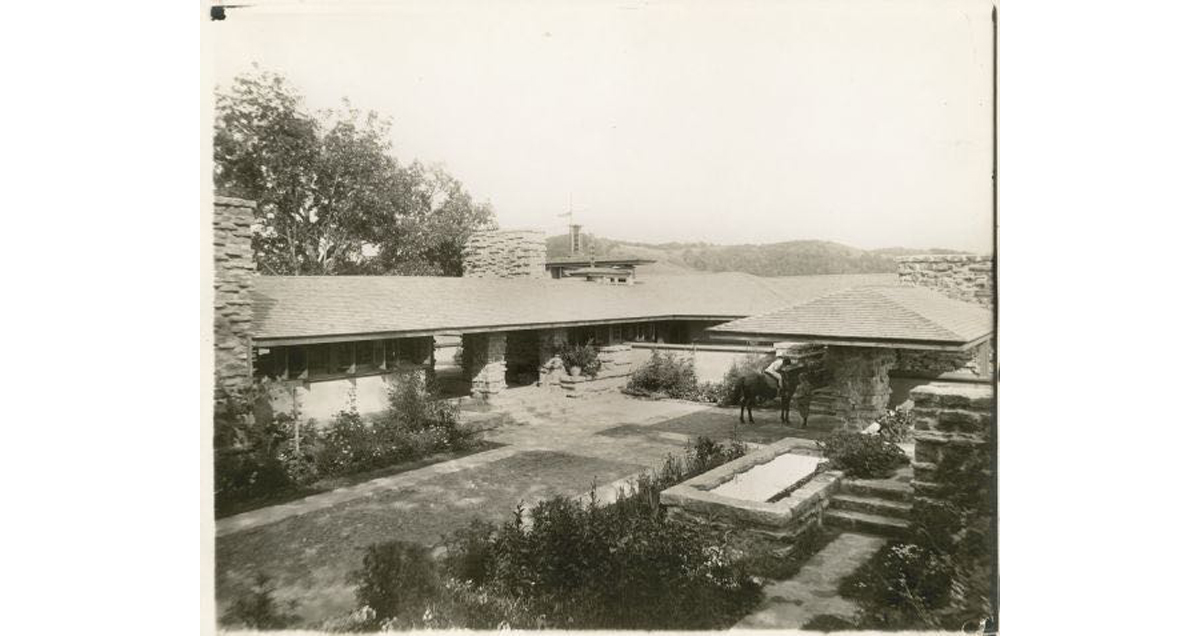 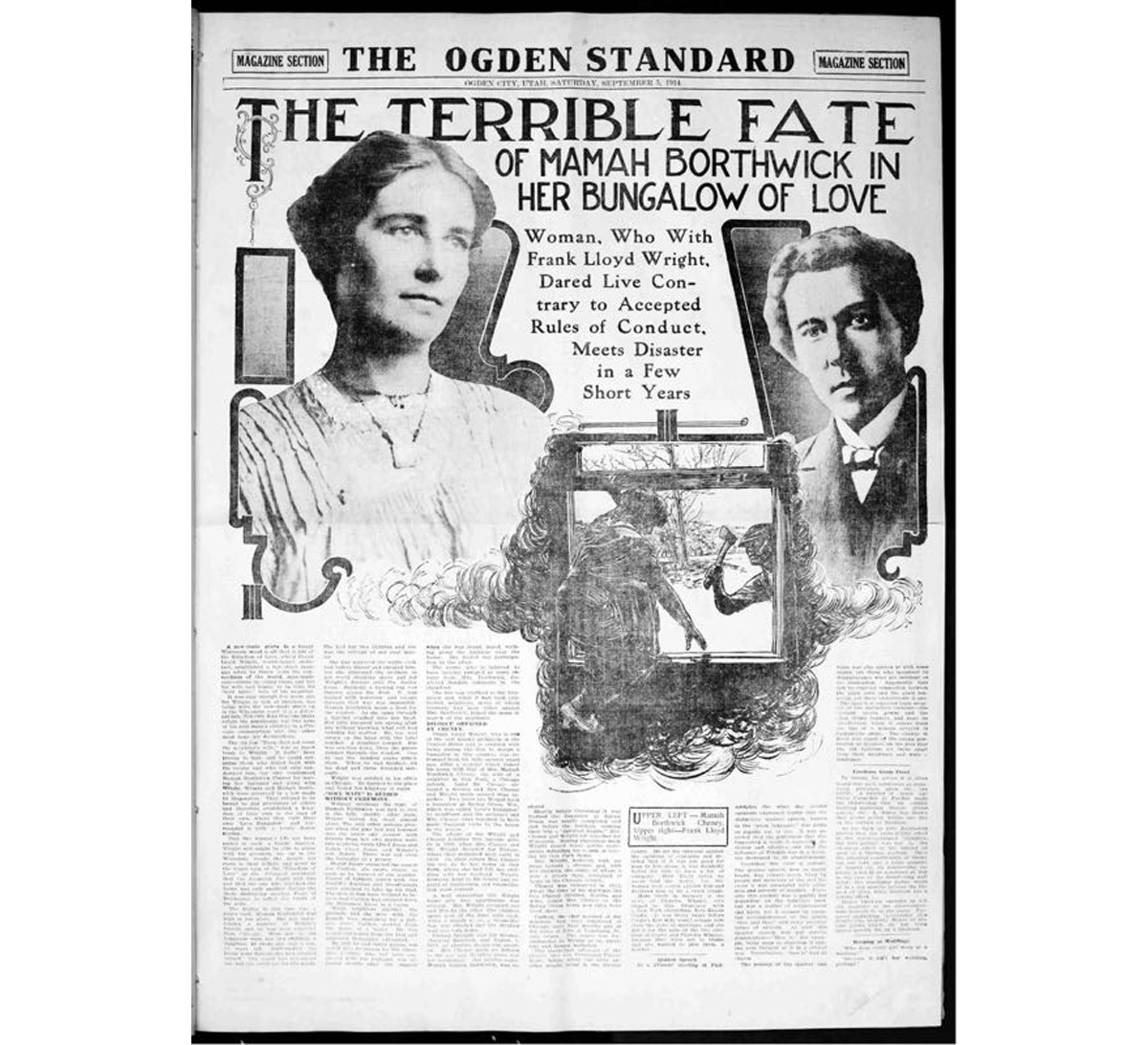 If you want to know more about the man Frank Lloyd Wright, read the book “Loving Frank” by Nancy Horan, a novel that tells directly from Mamath’s voice their love story. I’m reading it these days and I’m loving it! It’s a different point of view on the work of the great architect entering in the everyday life to understand better his architecture. Dear Frank had many women, another book tells about them: “The women” by T.C. Boyle.

After the Taliesin massacre Wright rebuilt it (and again it was destroyed in 1925 by another fire, this time for a faulty wiring) so that “the spirit of the mortals who loved its continues to live in the same place”.

Let’s go back to the news: the school of architecture at Taliesin will close in June because the school was not able to reach an agreement with the Frank Lloyd Wright Foundation to keep the school open.

The school was opened in Arizona by Wright in 1937 (founded in Wisconsin in 1932), here he worked and lived with his wife Olgivanna and hosted students to live and study immersed in organic architecture. Students collaborated on important Wright’s projects such as Fallingwater and the Guggenheim in New York.
Today students still experience organic architecture, here you learn by doing, according to Wright’s precepts. In fact, the school has always been a building site, built piece by piece by students.

“I’m no teacher. Never wanted to teach and don’t believe in teaching an art. Science yes, business of course..but an art cannot be taught. You can only inculcate it, you can be an exemplar, you can create an atmosphere in which it can grow.”

In this beautiful documentary Frank Lloyd Wright: the man who built America, you can find some interviews made in 2017 to students of the Taliesin school of architecture.

The closure of the school is a great loss because there they taught Wright’s method, his vision and his approach to nature.

“Nature is my manifestation of God. I go to nature every day for inspiration in the day’s work.” Frank Lloyd Wright

In the 30s when the school was founded, Scottsdale was a very small urban settlement, today it is located just outside Phoenix. Wright was fashinated by the natural surrounding. The structure is made up of several buildings connected together by outdoor and indoor spaces. The structures make the best use of the bright desert light with windows and screens and there is a natural ventilation and cooling system.
The low forms of Taliesin West reflect the Wright’s organic architecture and seem to embrace the ground, like a celebration of American territory. The inspiration came to Wright from tradition by combining the basement pit-house (primitive house dug into the ground) and the nomad tent. Wright was fascinated by the archaeological remains and traditions of the Southwest Native Americans. Taliesin was a sort of camp where Wright was at the same time, chief and shaman of the architecture tribe.

A map with all the houses designed by Frank Lloyd…

A Frank Lloyd Wright home is on sale at $1.2M