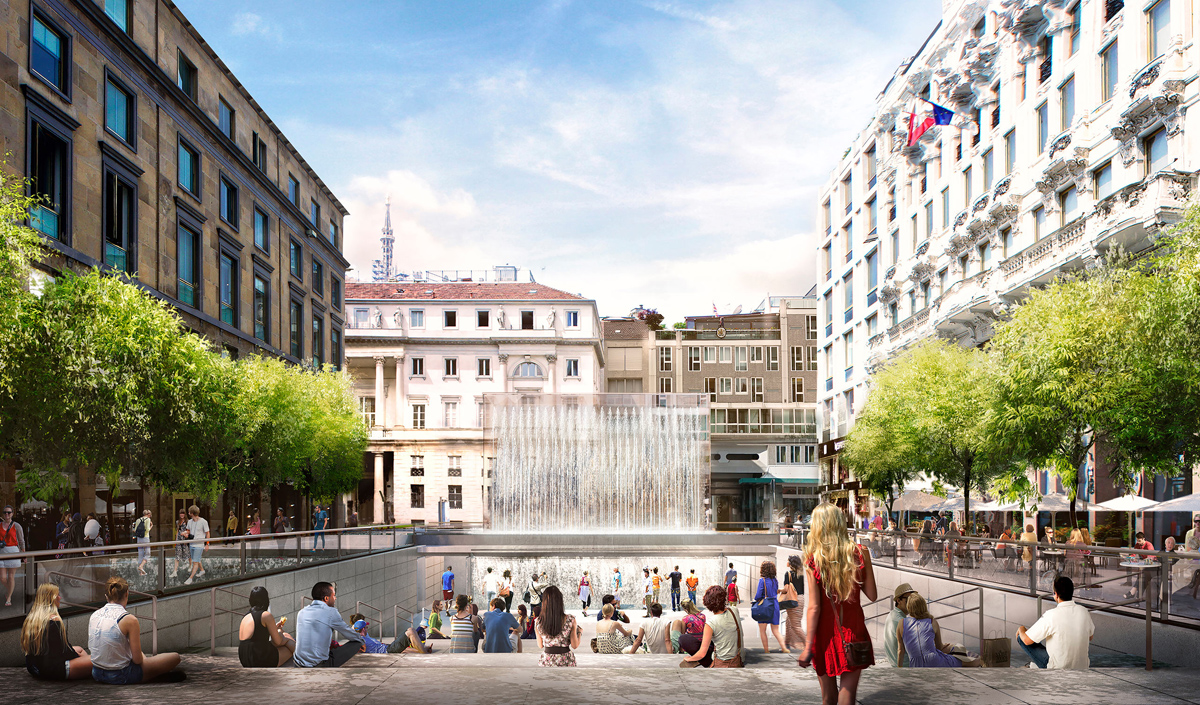 The new Apple store in the center of Milan

Apple is going to Open a new store in the heart of Milan. Here there are finally some rendering of how it will look like. The project is signed by the archistar Sir Norman Foster, and it will be open on December 2017 in Piazza Liberty, very near to Corso Vittorio Emanuele II and Piazza del Duomo. 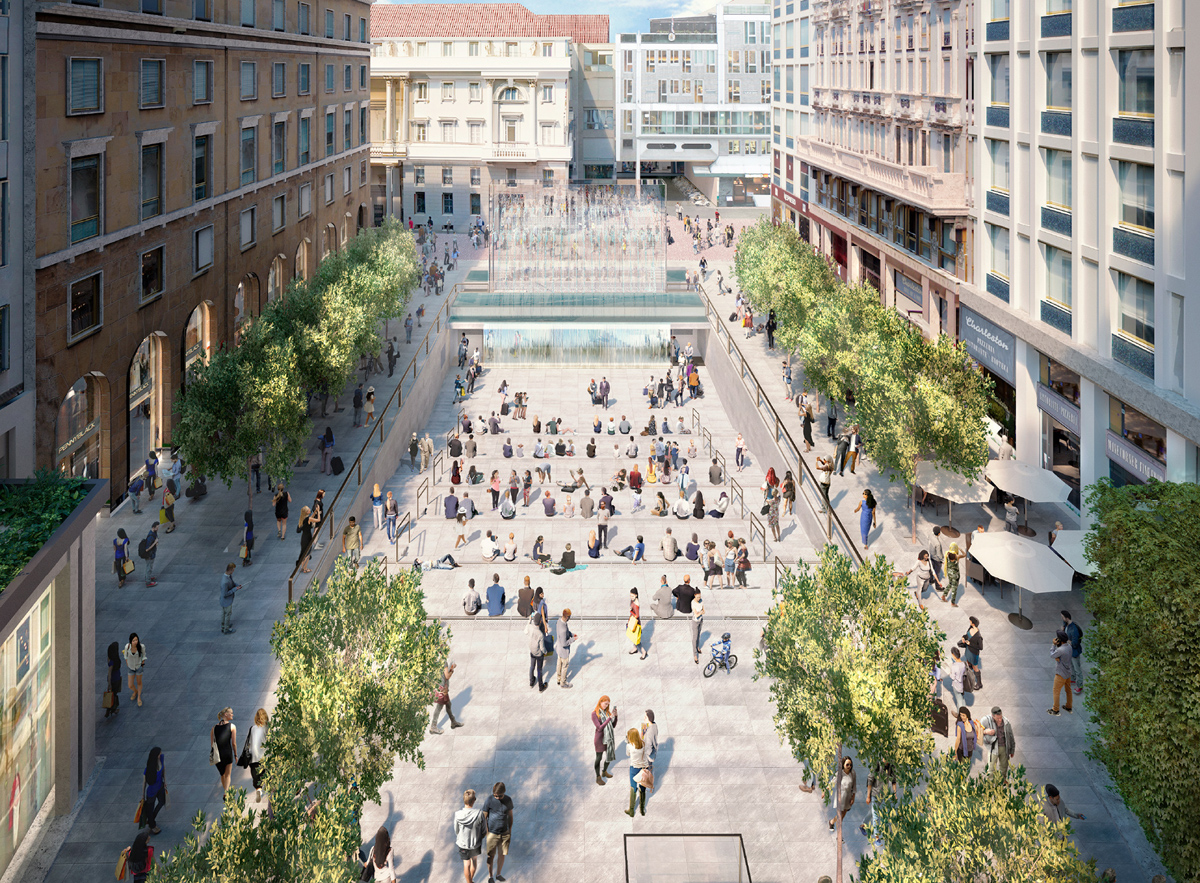 The square will turn into a large staircase that will also be used for public events, concerts and even outdoor film screenings. One of the demanding request from the City of Milan has always been that the square would remain open to the city.

The Apple Store will occupy the former space of the Apollo Cinema. The entrance will be through a monumental staircase where a 8×12 meter crystal cube will contain a huge waterfall. The new Piazza Liberty  will probably become a new center of the city!

The large glass structure with underground store development resembles the style of many other Apple stores such as the famous Crystal Cube on Fifth Avenue in New York. 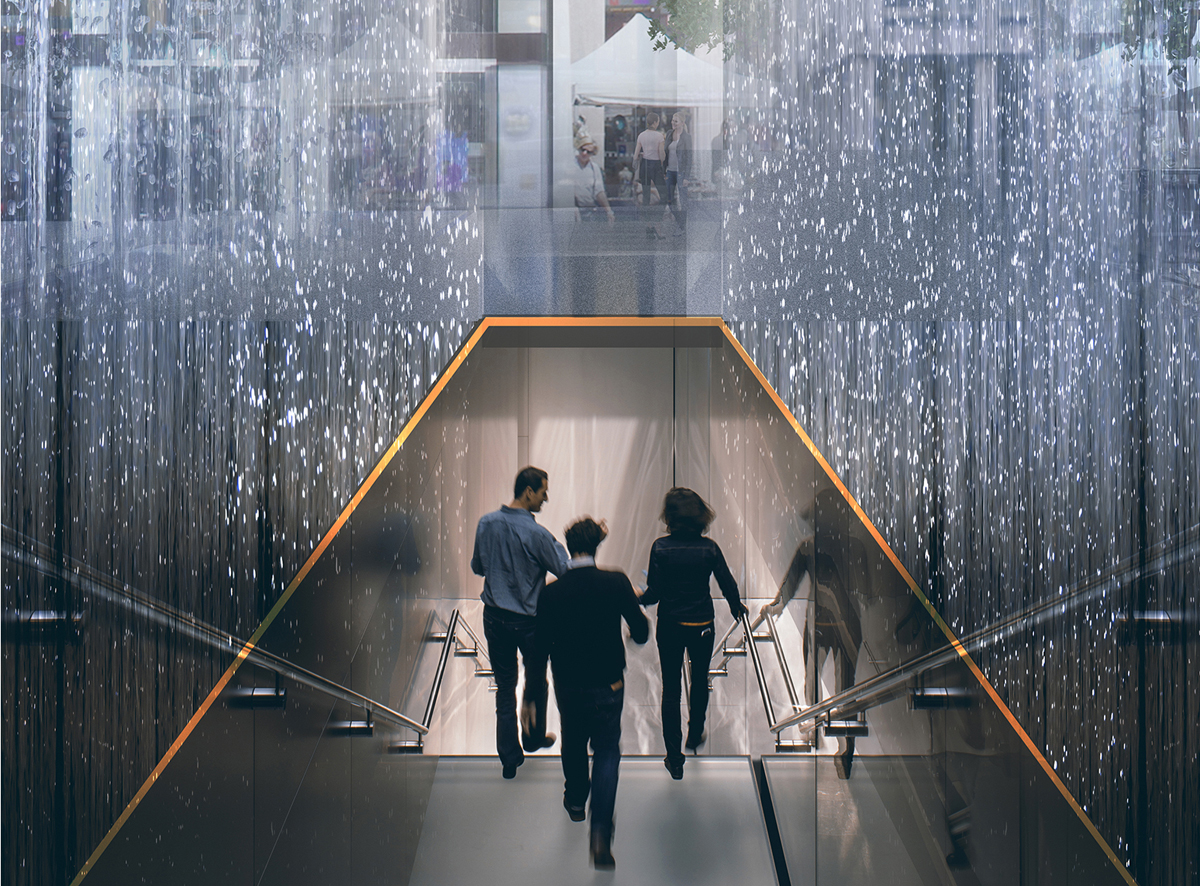 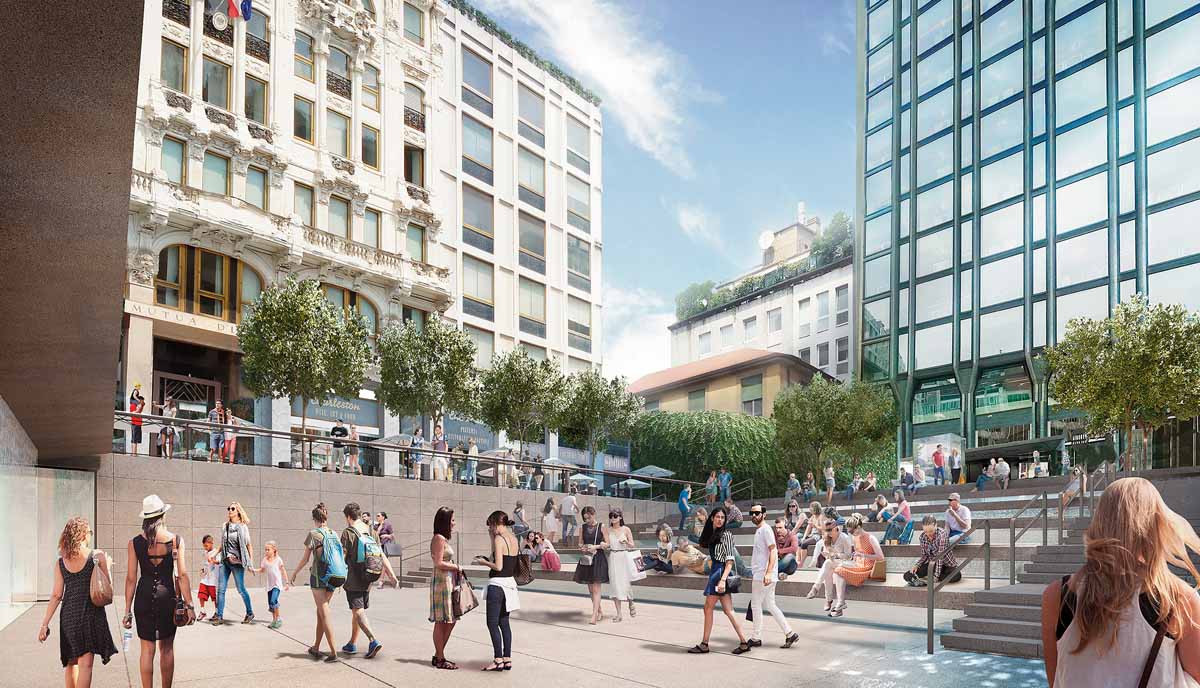 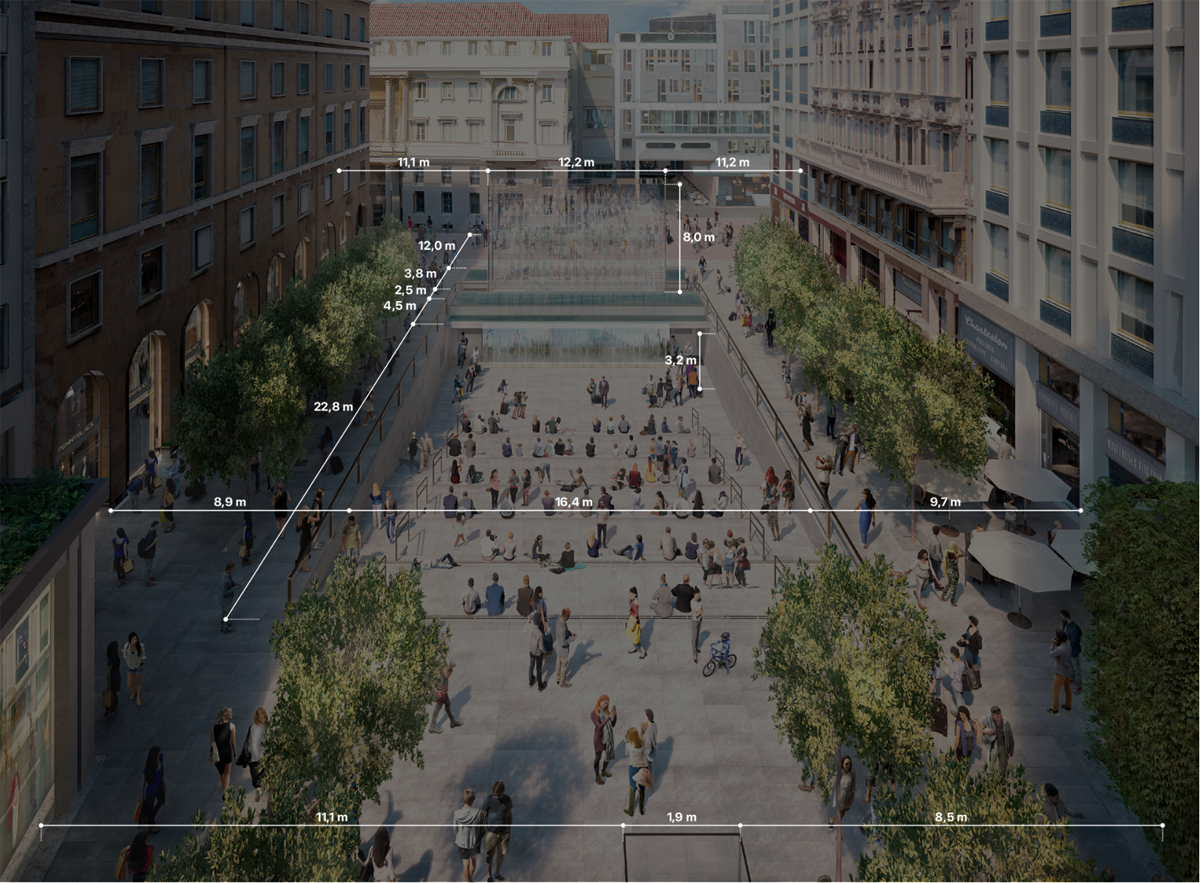 This will be the first Norman Foster’s project in Milan (if we omit ATM shelters from about ten years ago). Foster is a real celebrity in England (he has been named “Sir” by Queen Elizabeth), he created iconic buildings such as the Millenium Bridge in front of Tate Modern, “The Gherkin” and the City Hall in London, the Stansted Airport, the HSBC’s headquarters in Hong Kong … it’s important for Milan too having such an important project going on. The only sad thought is that usually these great projects start from private commissions… 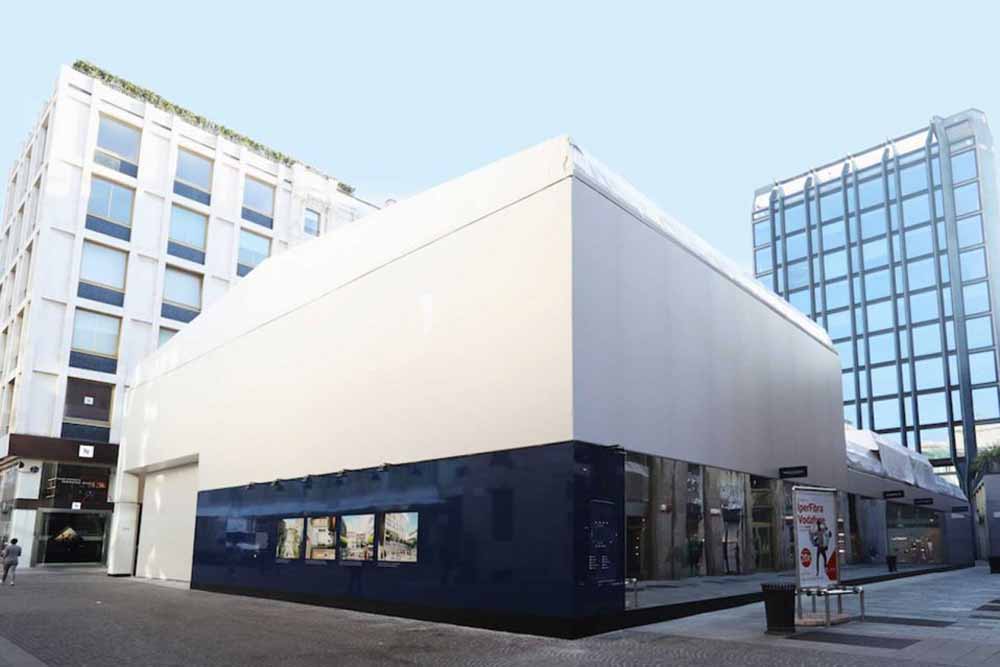 At the moment the construction site is “classified”: a huge cube hides everything, to see something more we have to wait a few more months and then, for Christmas, the Apple Store will be opened!

In the meanwhile Apple has put on-line a website page dedicated to the Milan project and an e-mail address for those who want further information: [email protected]!