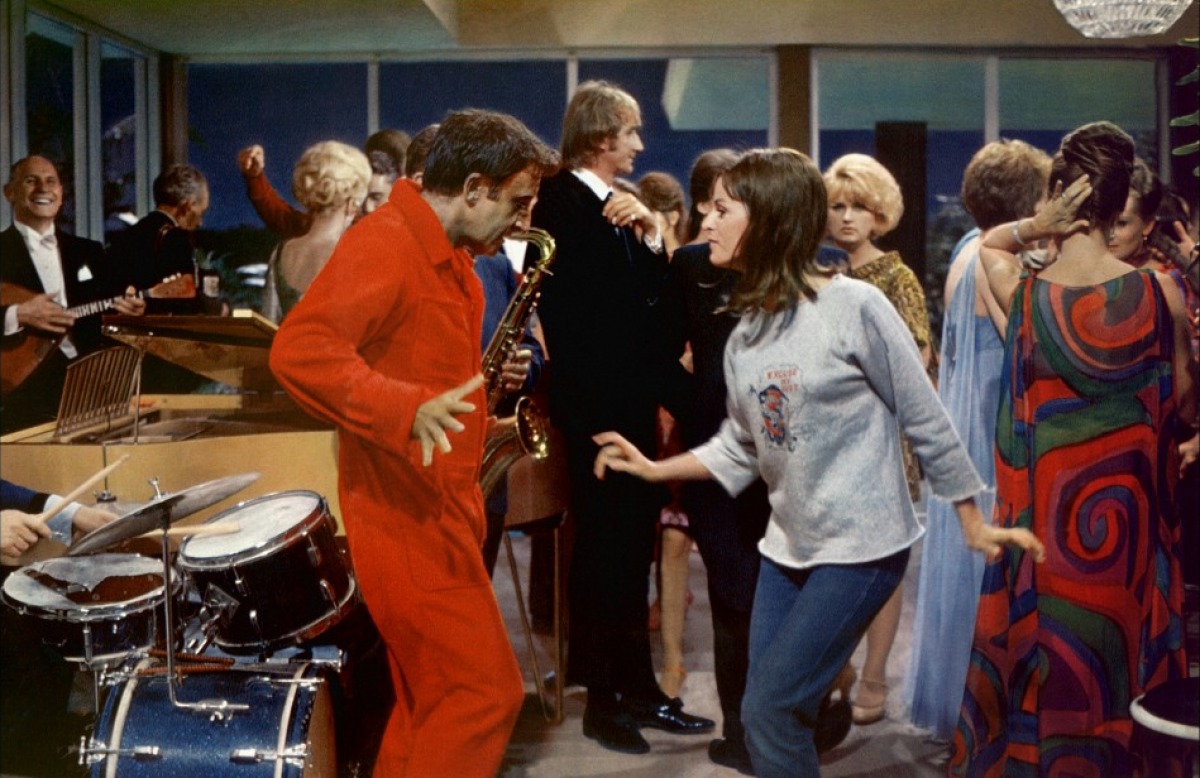 The Party with Peter Sellers: a 1968 movie with an awesome location

Are you looking for a movie for tonight? Something that makes you smile? Maybe a classic movie? The Party is the movie for you!

Released in 1968 is an incredible comedy of misunderstandings with The Pink Panther trio: the actor Peter Sellers (the Inspector Clouseau), director Blake Edwards (the same of Breakfast at Tiffany’s… just saying! And you know it was Julie Andrews’s husband?!) and music by Henry Mancini, the most memorable composer of movie soundtracks (just to say one of his song: Moon River!)

The Party is the parody of Hollywood society in 1968, among spooky actors, young actress full of hope, producers and directors. But I totally like it for the beautiful location! 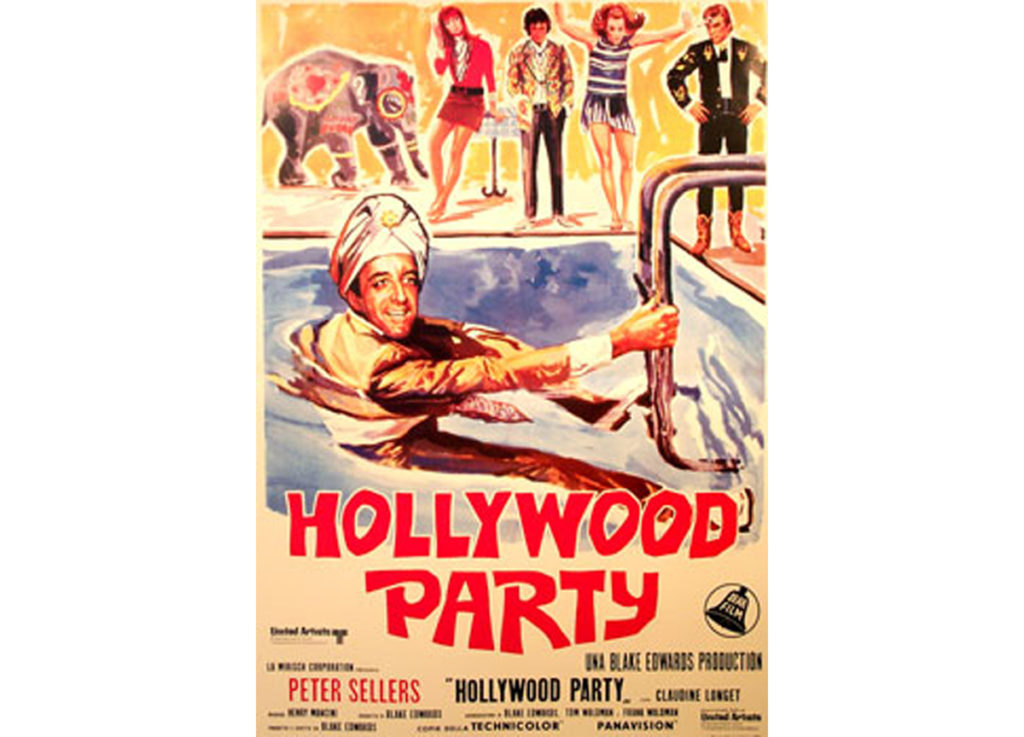 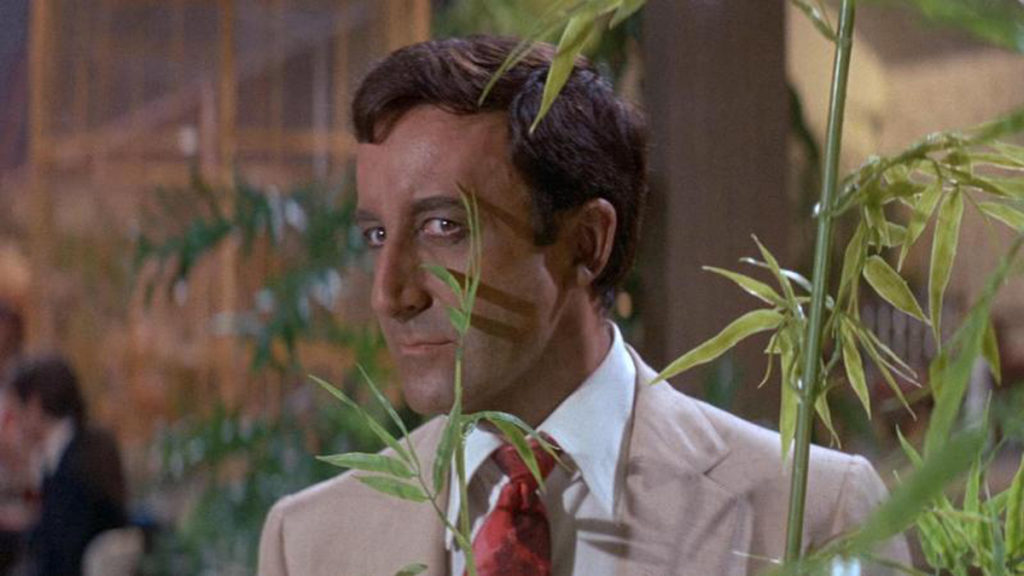 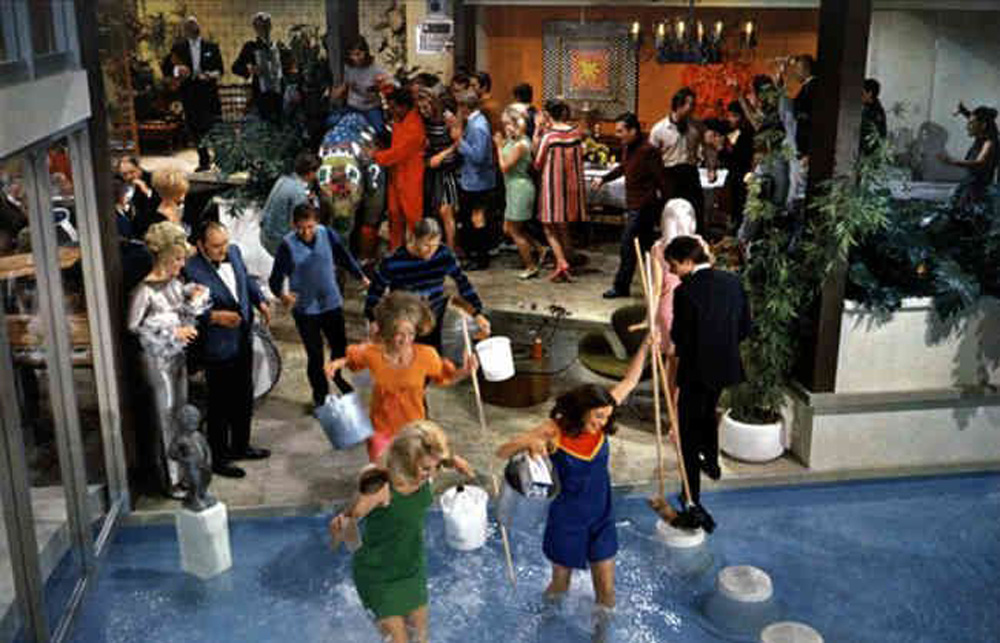 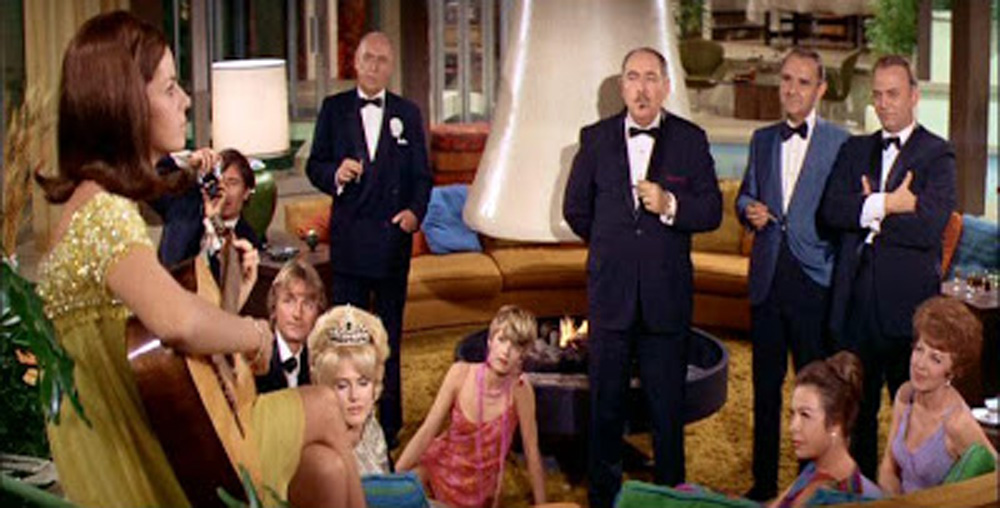 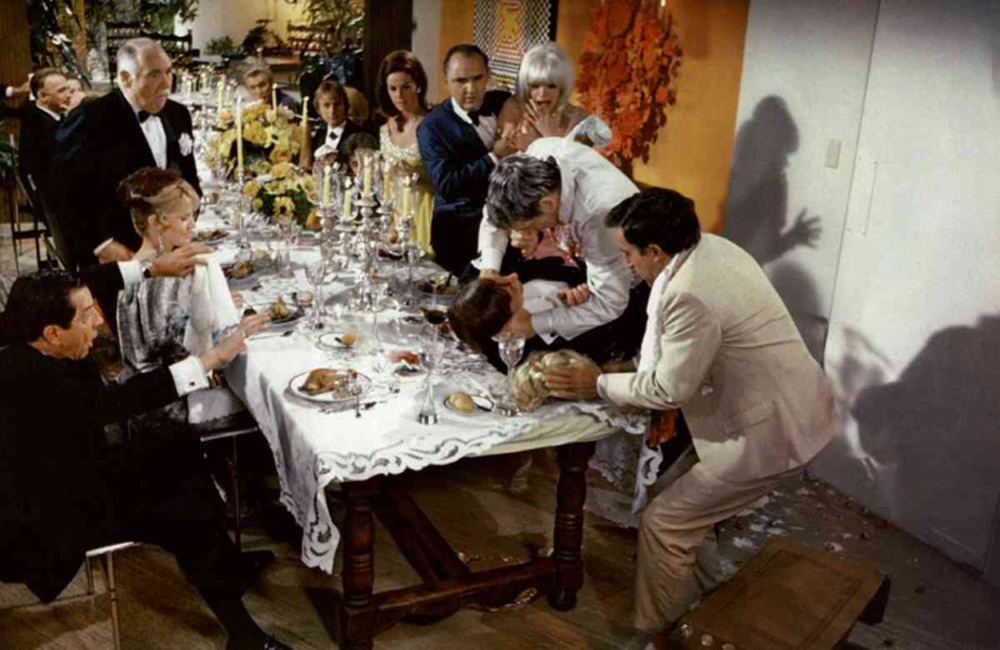 This 1968 Hollywood house was already “domotic” in its own way: an electric panel controls the “furniture movements”. Beautiful the retractable bar counter and movable floor!

The movie ends when the hosts’ teenage daughter arrives with a group of friends and a hippie elephant. From here there will be an escalation that will culminate in an involuntary foam party. We are in 1968, youth demolishes social rules, changing the costumes of the time. It is the long wave of Summer of Love, the beginning of the hippie movement, that this year is 50 years old! 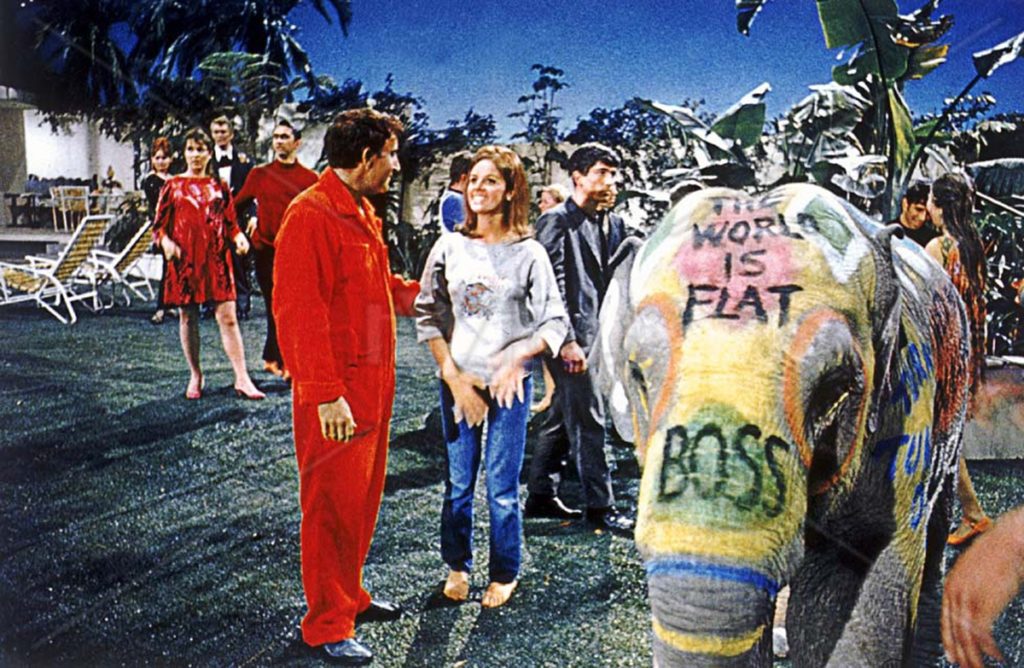 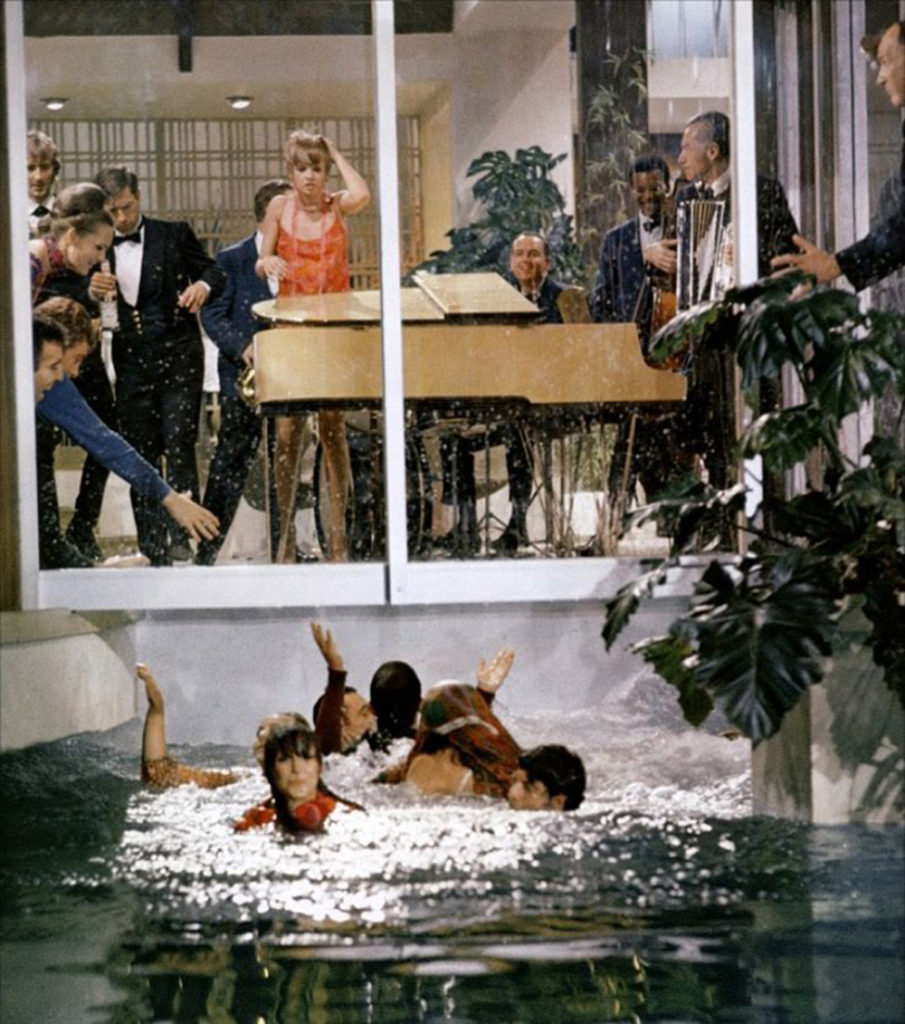 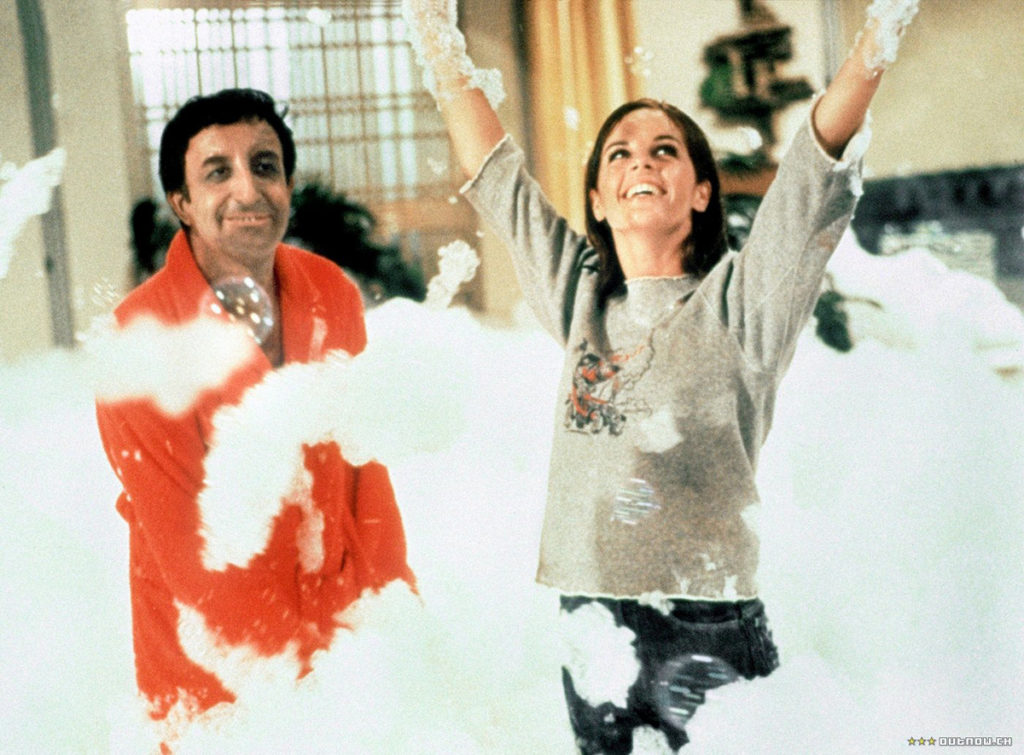 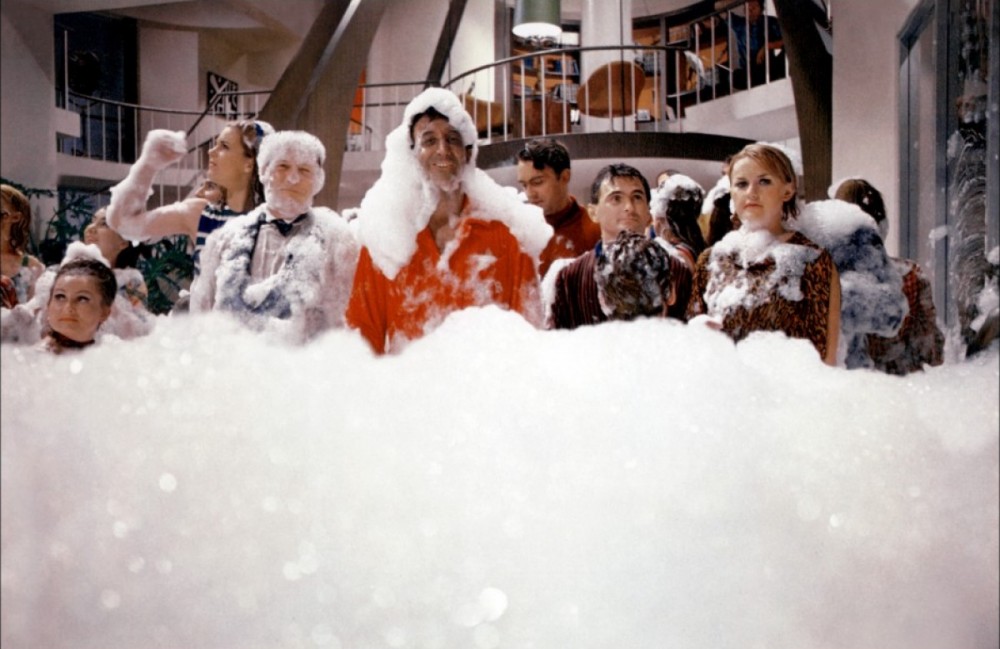 Ejoy the movie! You can find here the link where to watch it in streaming.