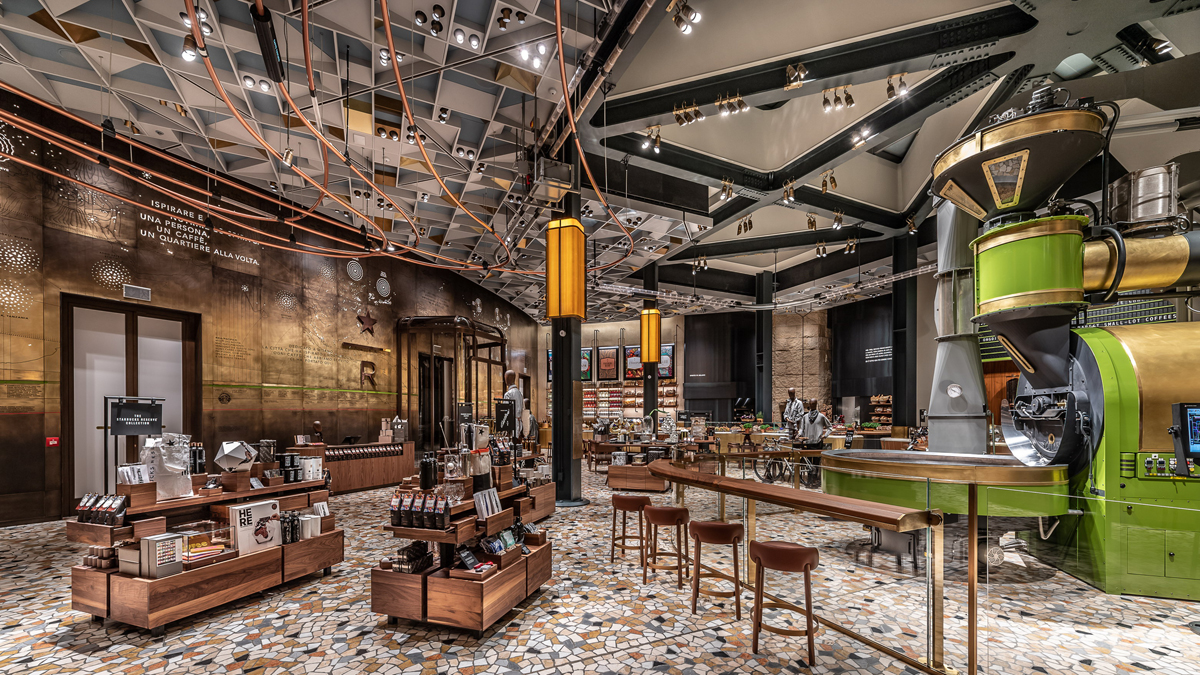 Starbucks opens in Milan the most beautiful store in the world

Starbucks has opened its first store in Italy in great style in a great location, the former Post Office building in Piazza Cordusio, built between 1899 and 1901 by the architect Luigi Broggi, just a few steps from Milan Cathedral. 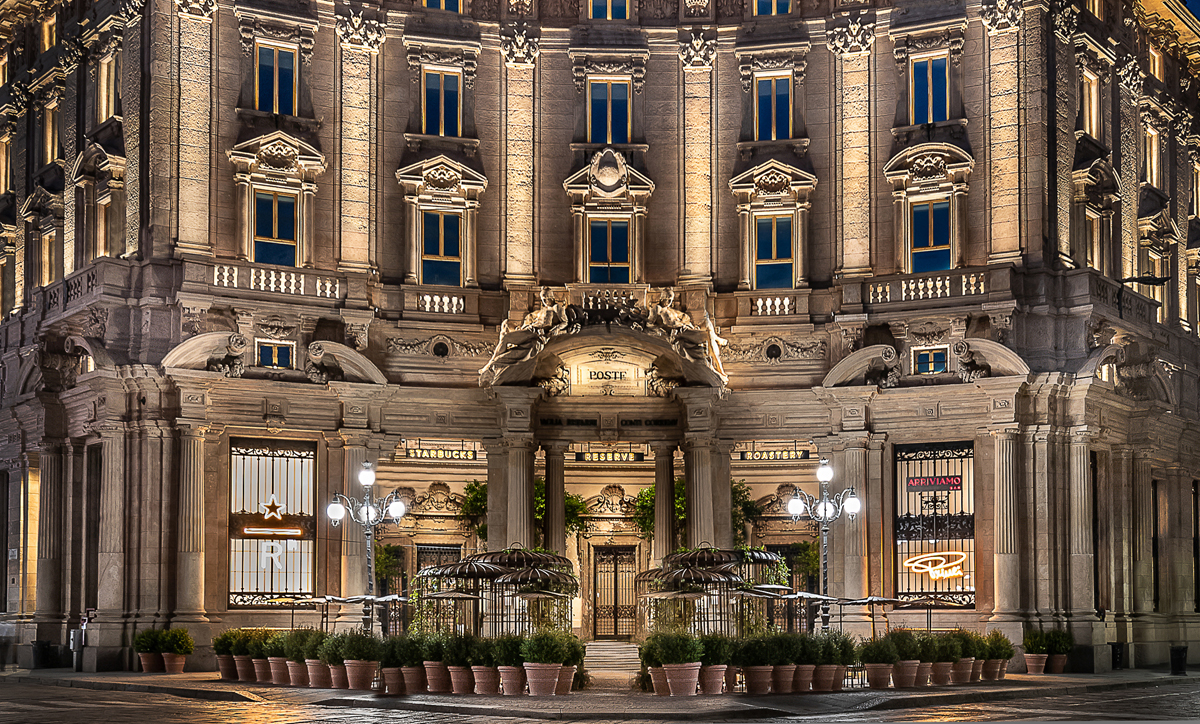 Unusual total look for this new Starbucks store: no drinks-to-go, green aprons and paper cups, there is not even the famous mermaid sign. They chose a sober “Starbucks Reserve Roastery” sign because this is not a normal Starbucks, this is a real roastery, the third in the world after Seattle and Shanghai.

2,400 square meters inside an important historical building: is the most beautiful store in the world. 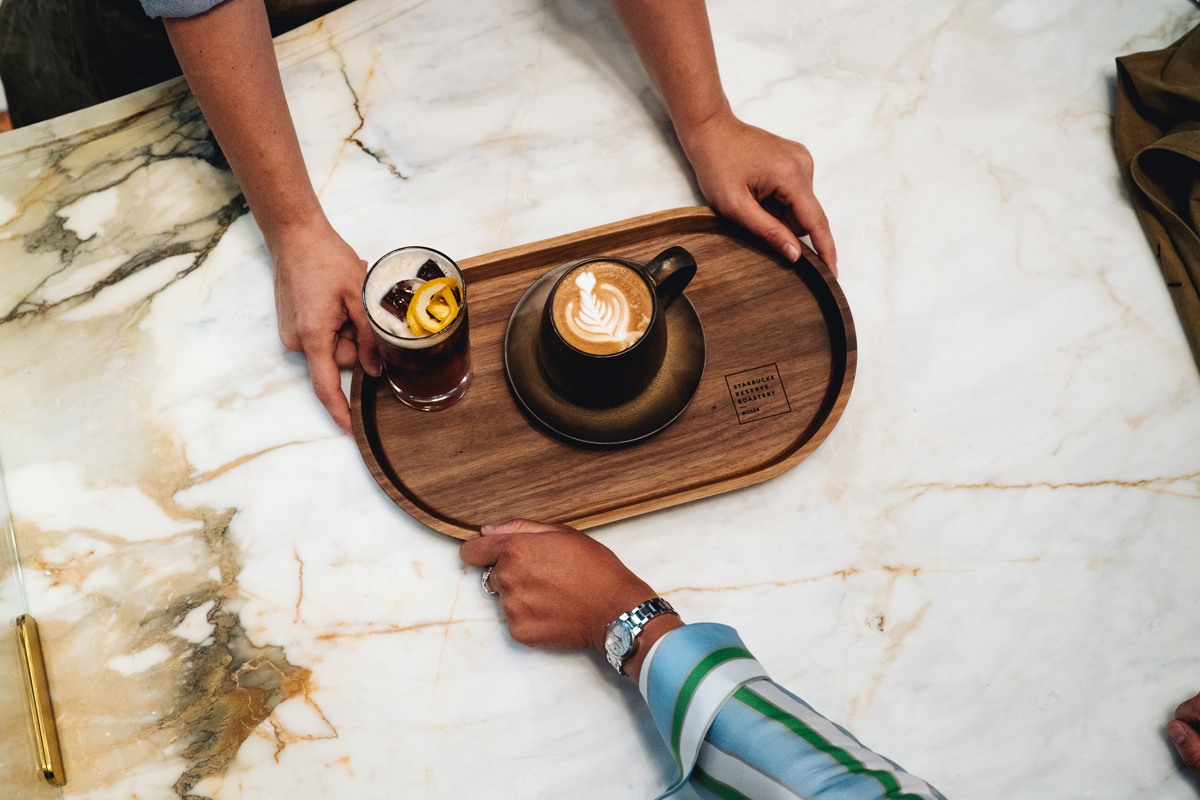 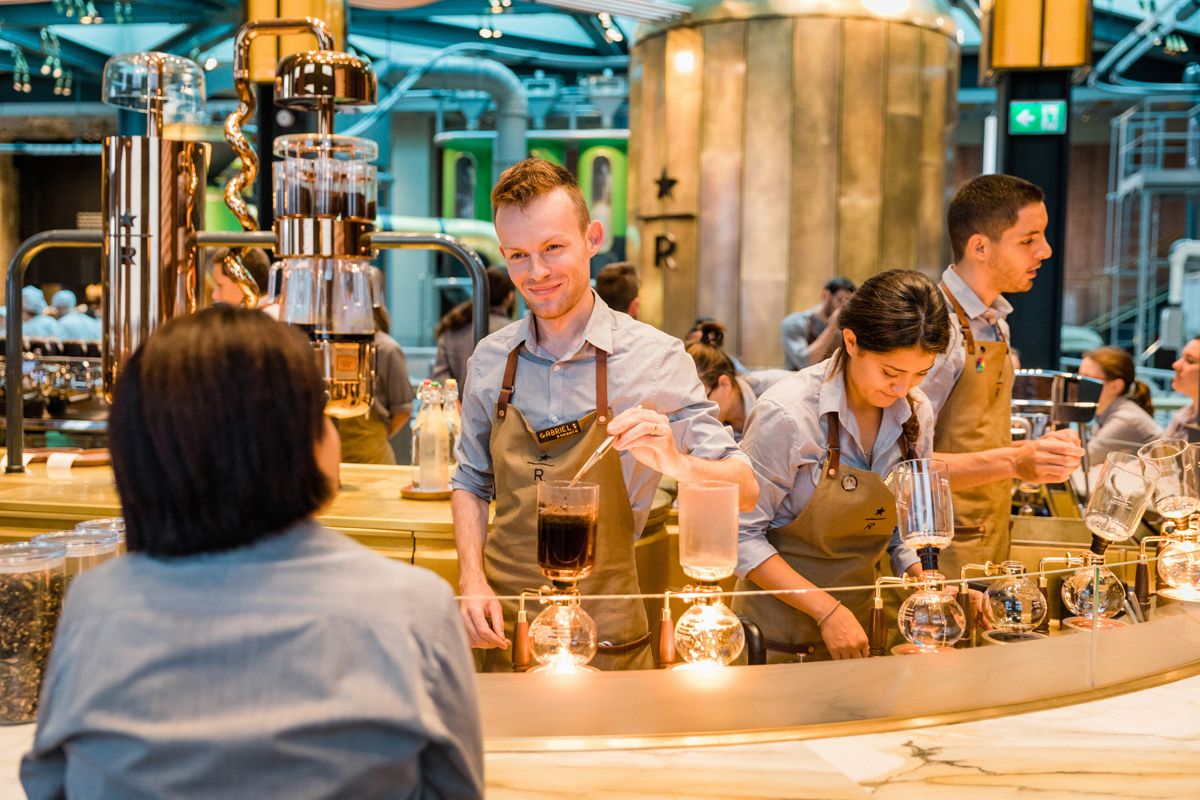 Did you know that Howard Shultz had the idea of opening Starbucks in Milan in 1983?

“During my first trip to Milan in 1983, I was fascinated by the sense of community that I found in the cafè of the city, the genuine human contact between the baristas and their customers. In the Milanese Roastery there is everything we have learned from the first moment of inspiration 35 years ago, up to today, being part of the daily life of millions of people all over the world, we bring it to Italy with immense respect, offering an experience that contains all the best of Starbucks.” 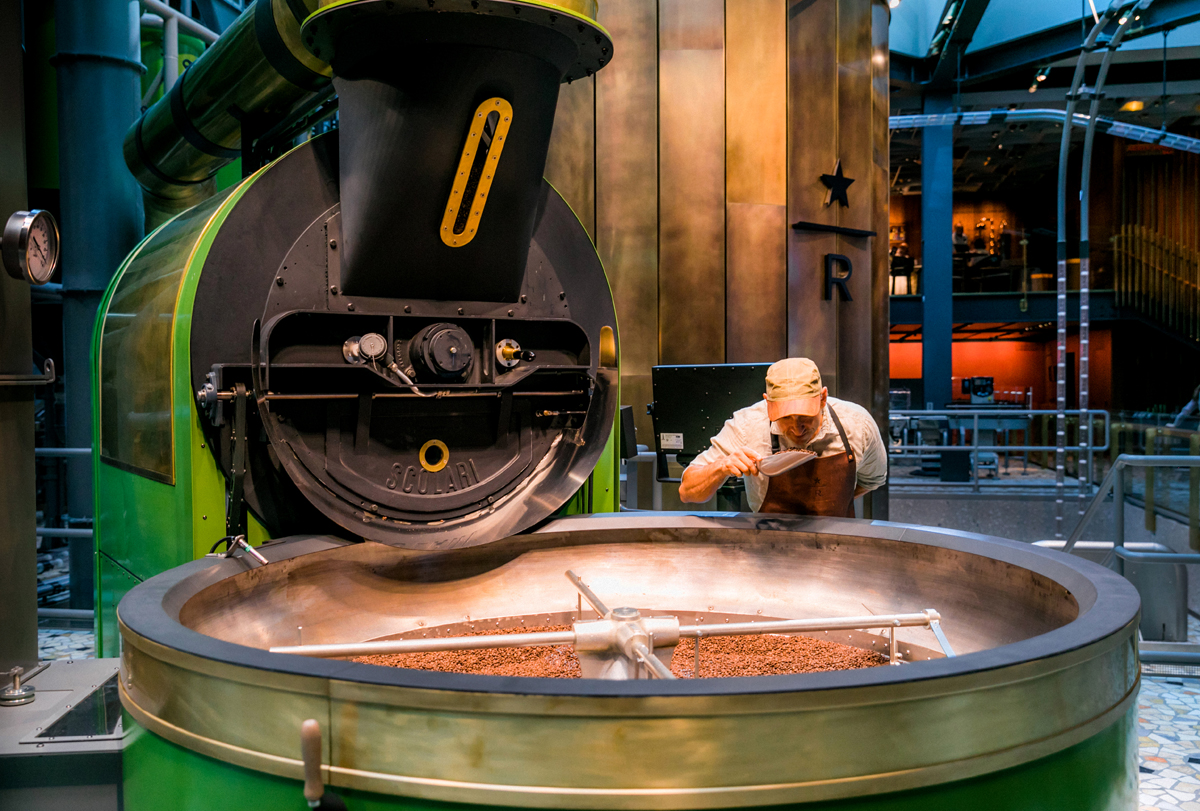 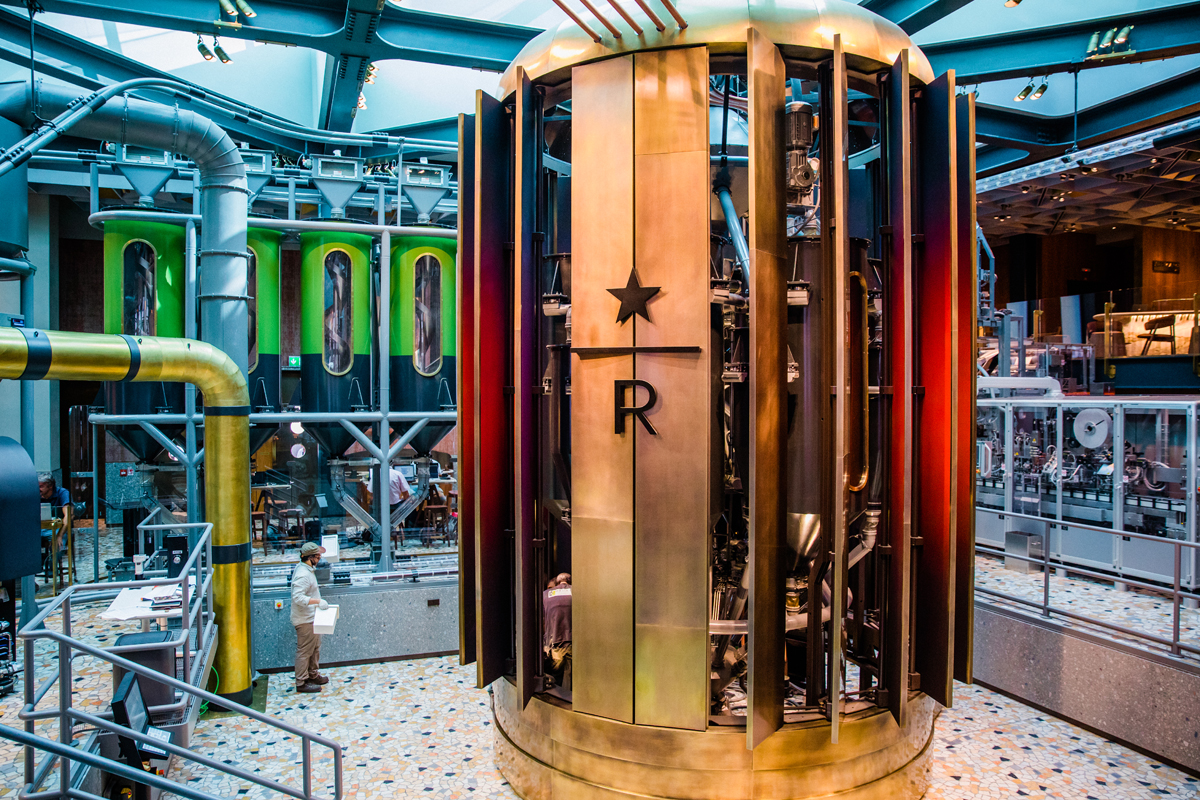 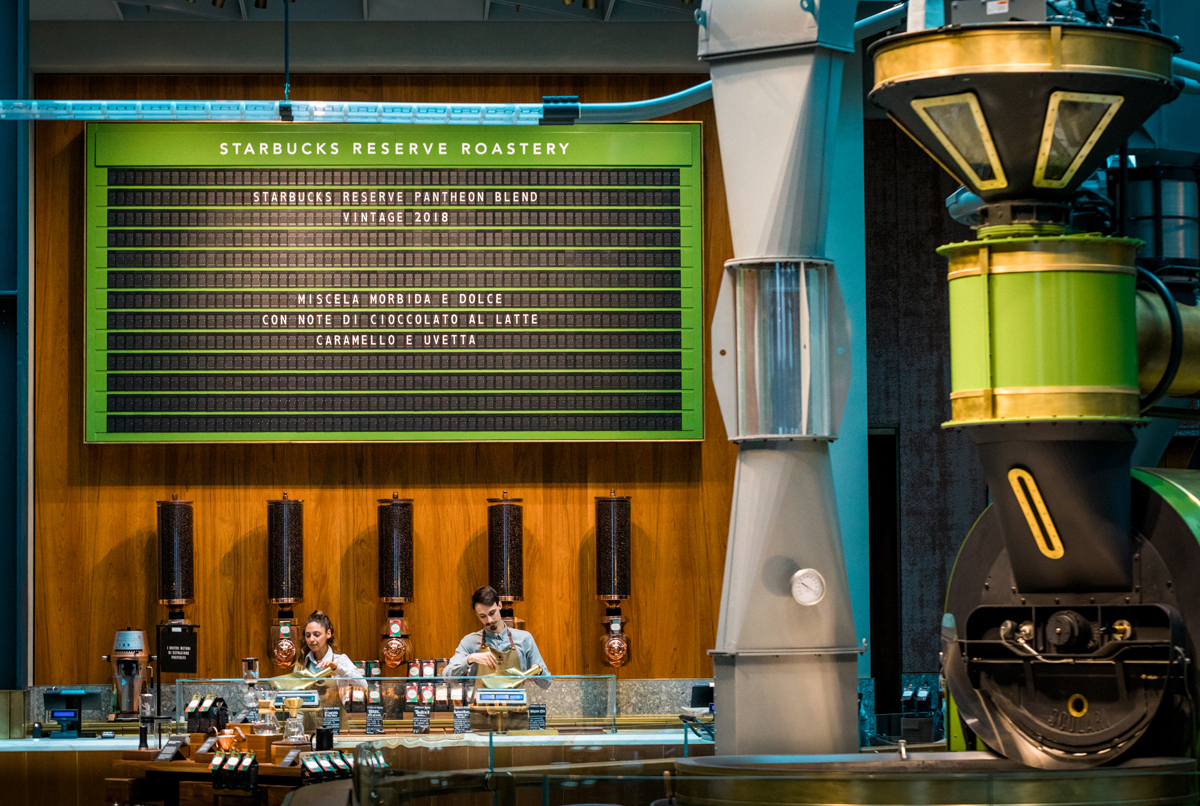 The heart of the store is represented by an enormous roaster, but here you can have not only coffee: on the mezzanine floor there is a space reserved for cocktails for the Milanese tradition of aperitivo.
For the food, in partnership with Princi, there is a real wood-burning oven!
You can also buy small gadgets and fresh roasted coffee, including some blends available only in the Roastery in Milan.

A curiosity I want to try? (Maybe when the line will be gone!) the coffee with ice cream made at the moment with liquid nitrogen!

Don’t worry, this is only the beginning. In next few months Starbucks will open other “regular” store! One of these will be near Eataly, in Corso Garibaldi.

Imagine if someone had told the architect Broggi at the end of the 19th century that in his building one day would have toasted coffee and there would have even been a wood-burning oven!

Where to go for breakfast, lunch and aperitivo in Milan

Where to eat: 54 restaurants in Milan