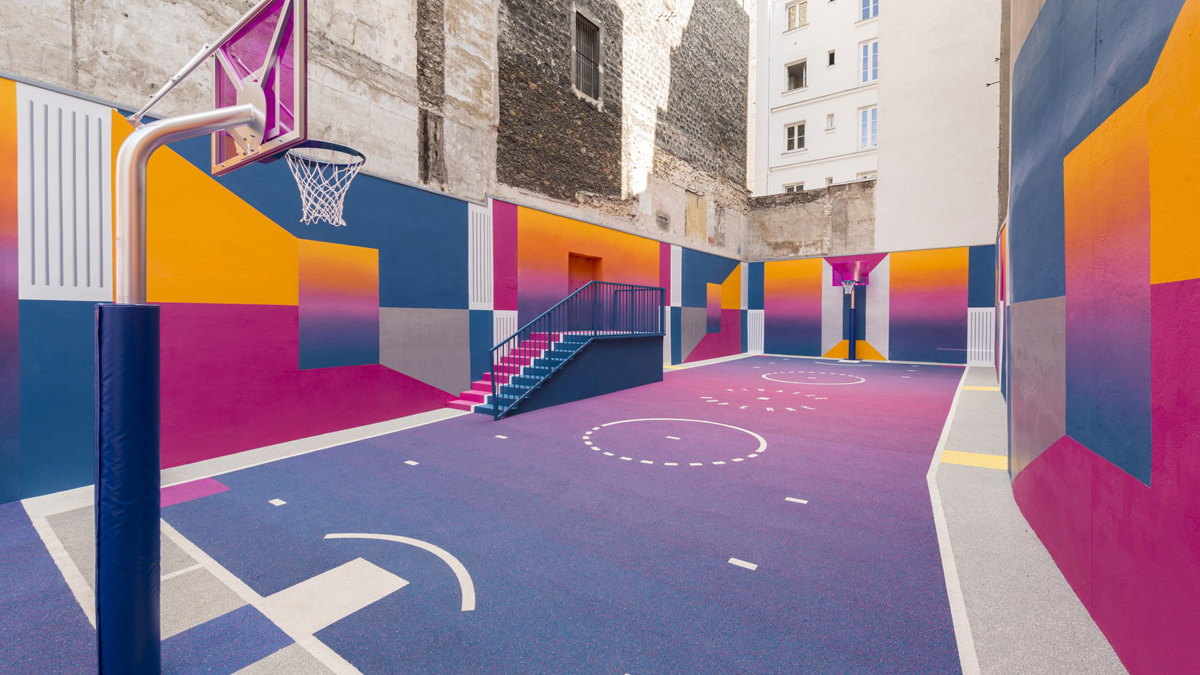 A basketball court full of colors in Paris

In Paris, in the 9th arrondissement, in the Pigalle district near the Moulin Rouge and Montmartre, there is a colorful basketball court that is now a real star in Instagram, Pinterest and Tumblr.

It is a collaboration between the fashion brand Pigalle (which opened a basketball store just across the street), III Studio and Nike.

Since 2009 the basketball court has been transformed using colors. The first installation, in collaboration with the street artist Yué “Nyno” Wu, was a classic pastel colored murals, then in 2012 III Studio introduced the first geometry in white and purple and then in 2014 they used primary colors (RGB) red, blue and yellow.
Now, the latest restyling is dedicated to gradient colors – I told you it was a trend to keep an eye on: “Design: the gradient trend” – of blue, pink, purple and yellow.

Look at the transformations, what do you like the most? 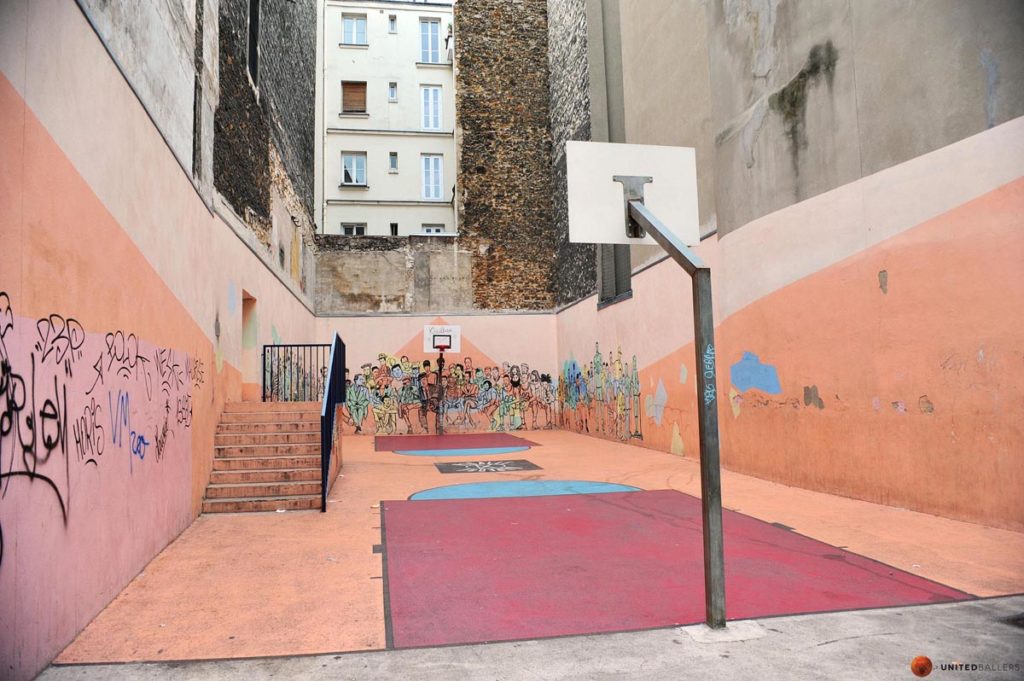 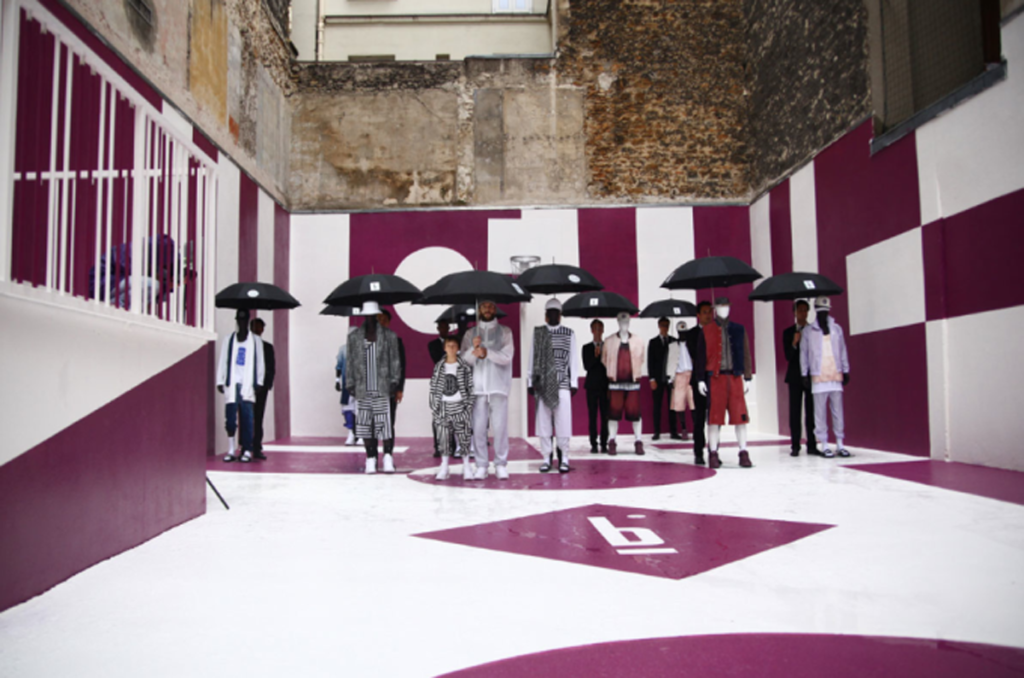 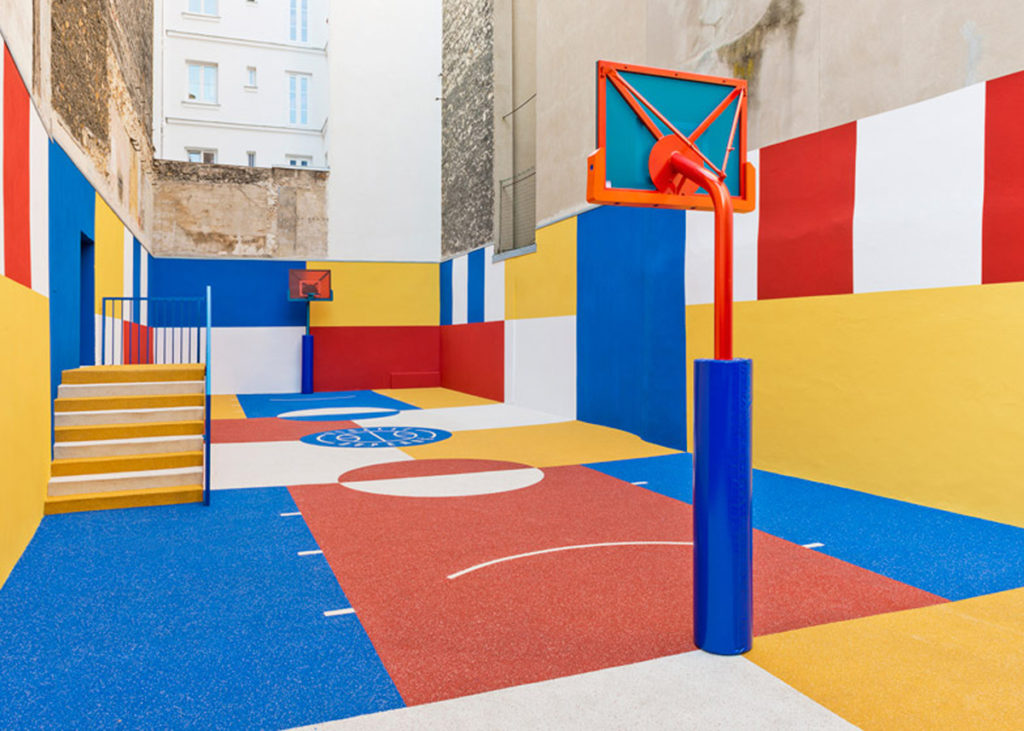 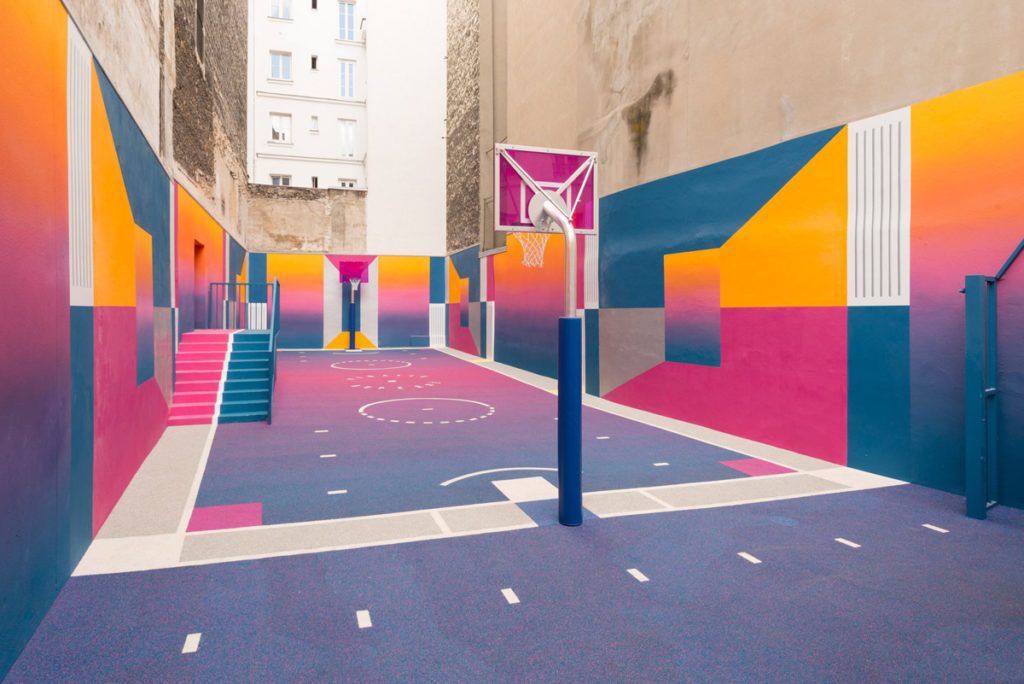 This was the basketball court where Stephane Ashpool, founder of Pigalle, played when he was a child and where he trained kids for several years. I love the affection to this place he shows, he want it beautiful and bright. Think of the playground where we played when we were kids, how is it now? Have you ever come back?

“Through this new court, we wish to explore the relationship between sport, art and culture and its emergence as a powerful socio-cultural indicator of a period in time.” III Studio

The Pigalle Duperré basketball court is located between two buildings at Rue Duperré 22 in the 9th arrondissement. Color is so powerful! It can really change our perception of a place! 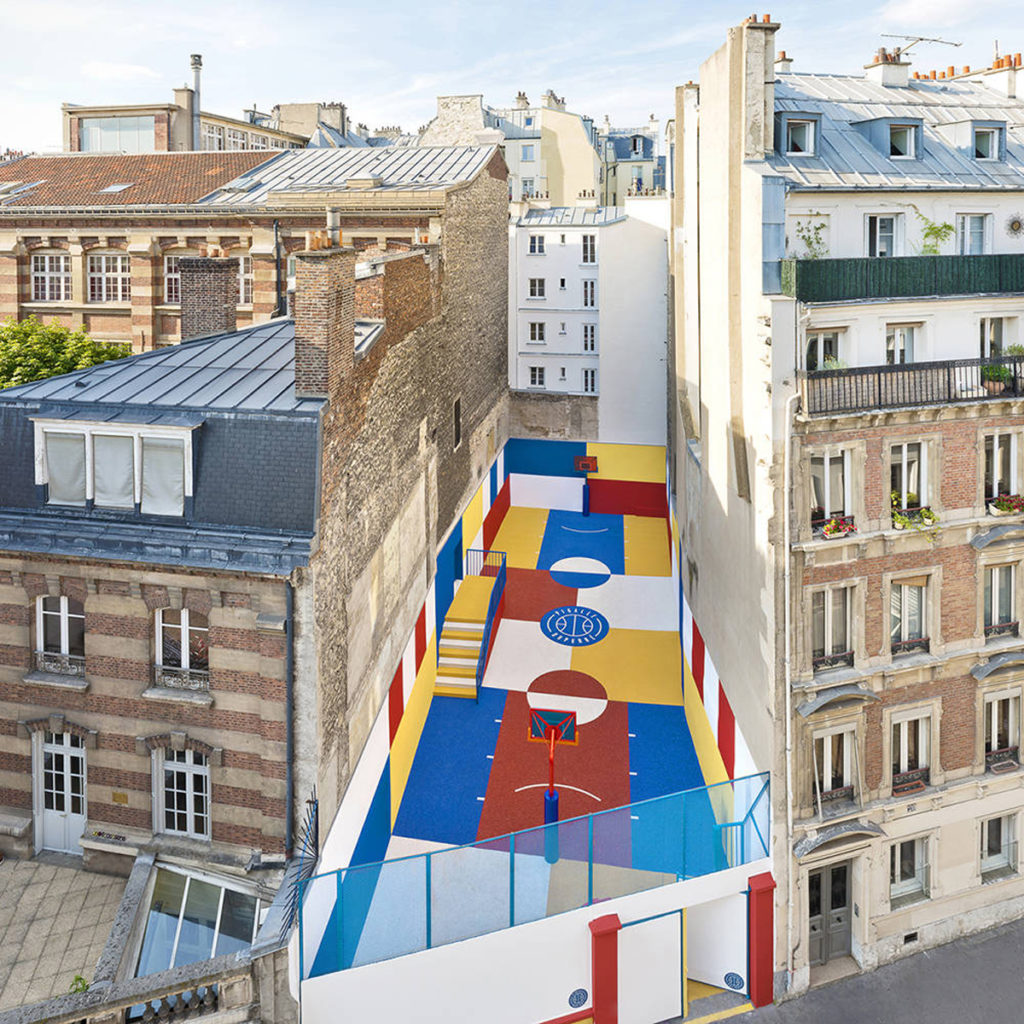 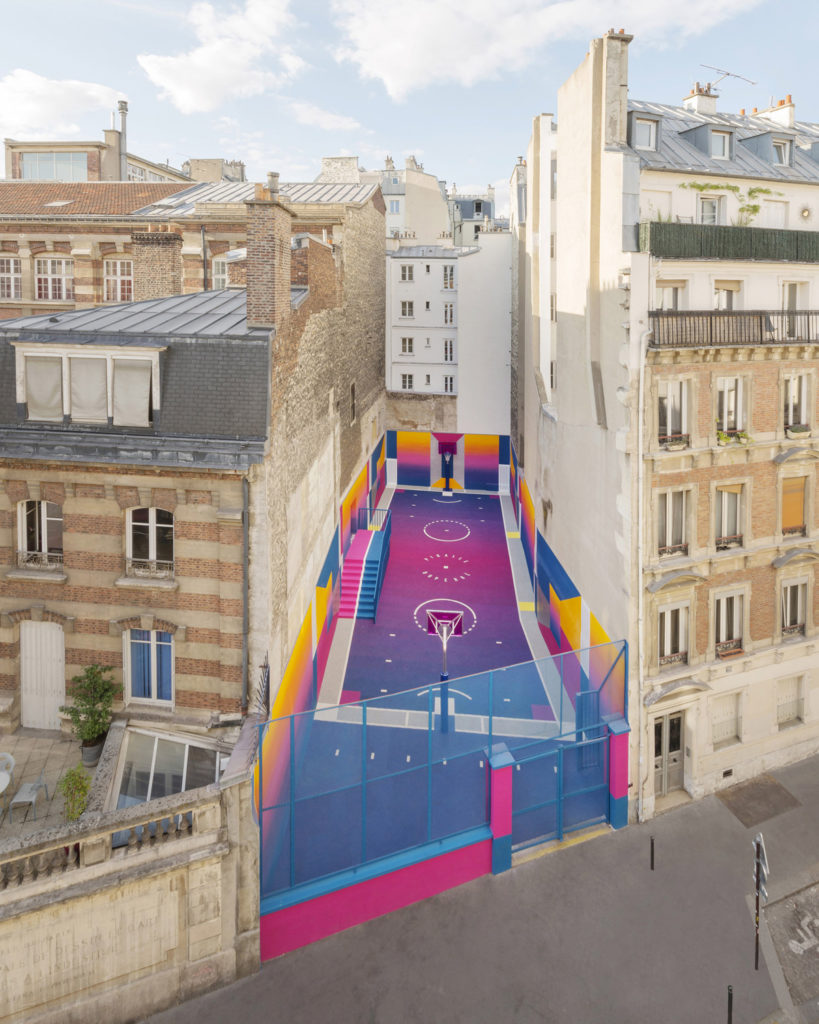 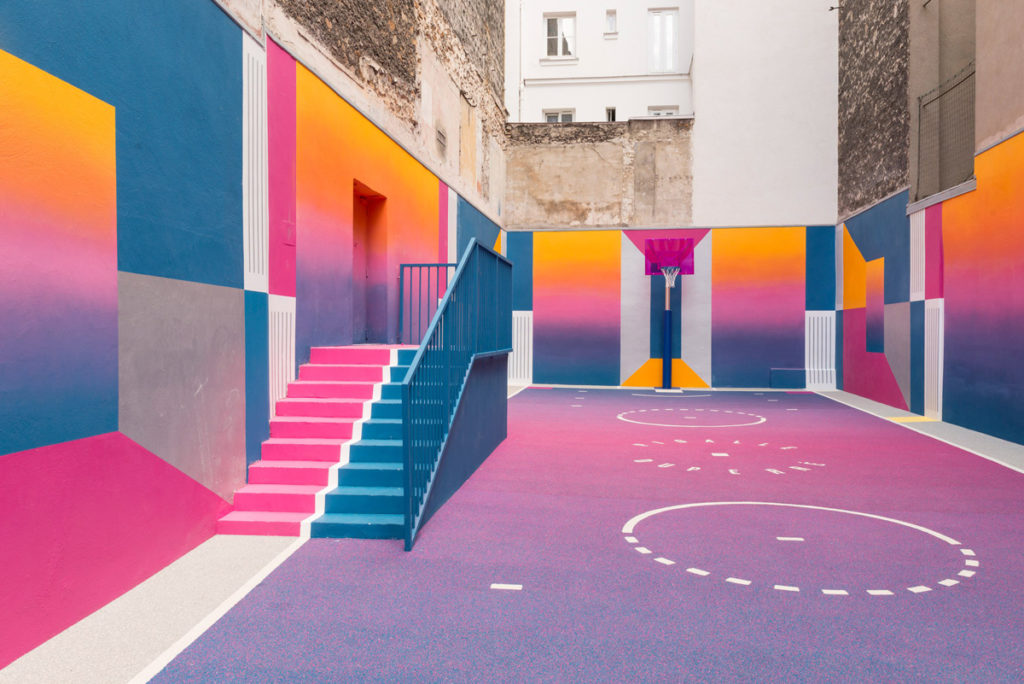 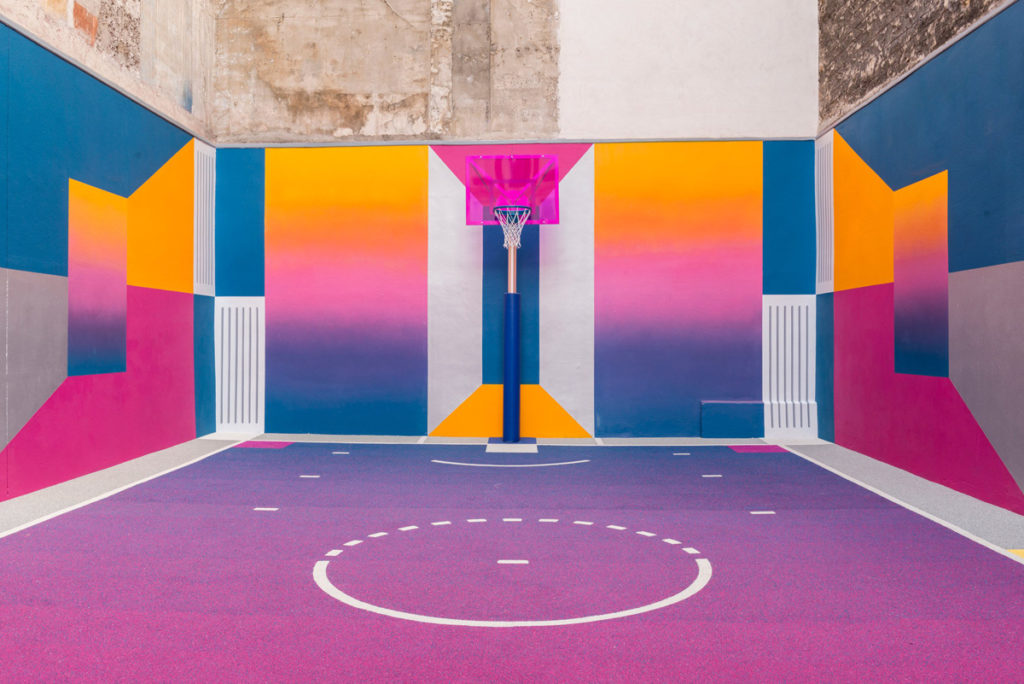 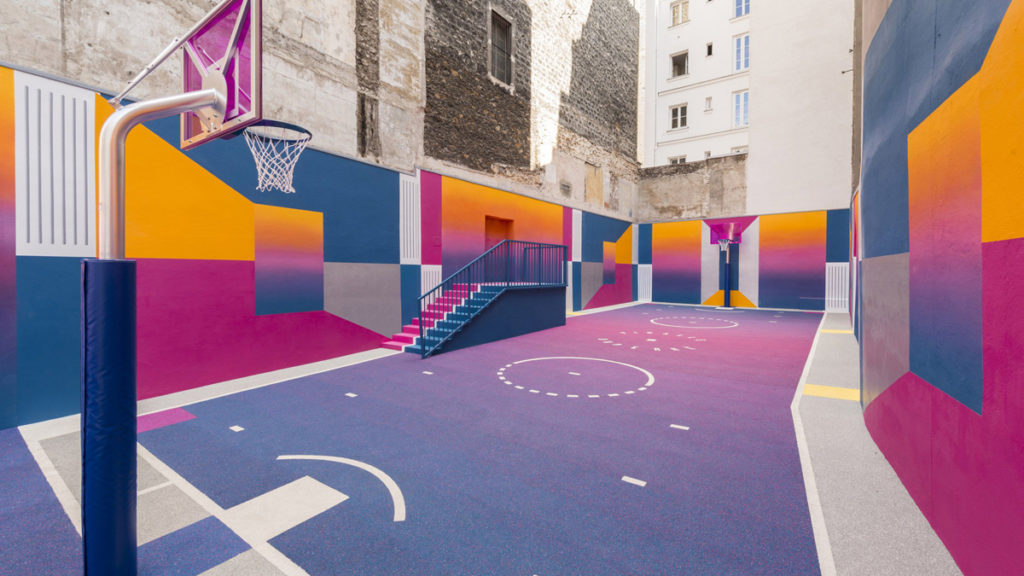 22 di Rue Duperré, take note of the address for your next trip in Paris! A photo in this basketball court is now mandatory, if you take it, please tag me, I’d be happy to see you surrounded by colors!